One of the things Apple doesn’t seem to be particularly creative with in terms of the iPhone is its animations. Many competing handsets, especially those running the Android operating system, have continuously inspired animation-centric jailbreak tweaks intended to port more interesting animations to the iOS platform.

Whether inspired by Android or not, it’s no surprise that Apple needs to step up its animation game to keep things interesting for its end users. Still, jailbreakers have the option to spice things however they want with jailbreak tweaks such as the newly released Current tweak by iOS developer Chr1s.

As you’re about to witness, Current gives the iPhone a new battery level animation. In essence, the animation comprises of a wave at the top of a colored background, which rises higher or falls lower based on the current battery level of your device:

If you’ve been jailbreaking for a while, then the animation might seem familiar to you. A similar animation previously existed in the form of a XenHTML widget dubbed CharMix and was inspired by the Xiaomi Mix Alpha smartphone. It is however worth noting that Current doesn’t depend on an HTML engine to work and is an independent tweak in its own right. For this reason, it might appeal more to some users.

One of the things I should probably point out right off the bat is that Current doesn’t sport any gravitational physics. One of the first things I was tempted to do after installing the tweak was turn my device sideways to see if the wave would follow my handset’s orientation, but it didn’t.

Once installed, Current adds a dedicated preference pane to the Settings app where a few different options can be fine-tuned to the user’s liking: 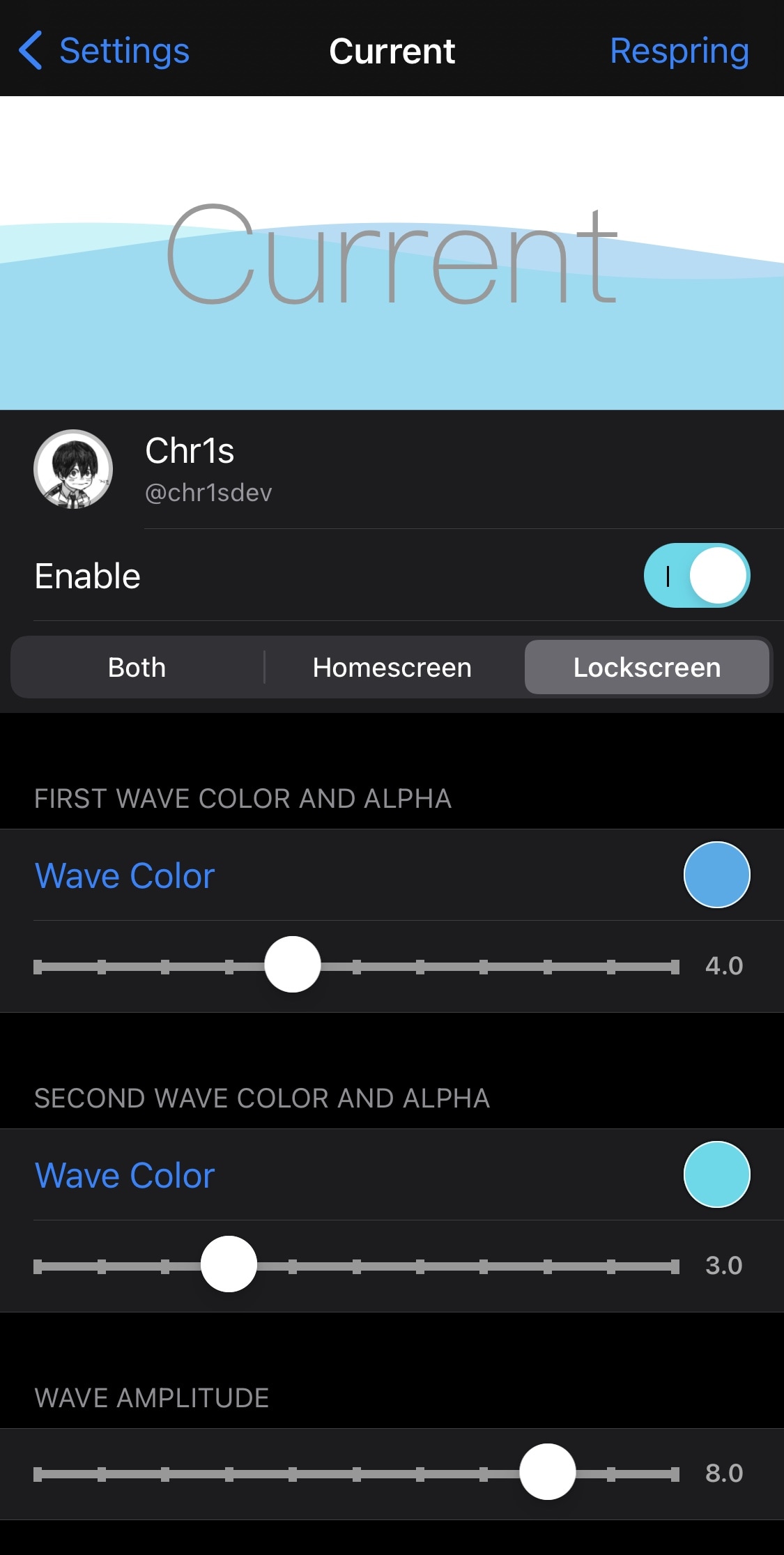 A respring button is provided at the top right of the preference pane so that users can more easily save any changes they make to any of the options above.

Those who’d like to give the new Current tweak a try can download it for free from Chr1s’ personal repository via their favorite package manager. The tweak appears to support jailbroken iOS 14 devices, but may also work on earlier versions.

If you aren’t already using Chr1s’ repository, then you can add it to your package manager of choice via the following URL:

Do you plan to add this intriguing new battery level animation to your jailbroken iPhone? We’d love to hear why or why not in the comments section down below.