When navigating to Settings →  Battery →  Battery Health on an iPhone, users can determine just how used and abused that handset’s internal battery might be.

This feature has been used for a multitude of reasons ranging from discerning when a battery needs to be replaced to identifying whether a used iPhone is worth the asking price. This of course begs the obvious question… why hasn’t Apple enabled this feature on iPads and iPod touches yet?

If you’re jailbroken and you’ve been asking yourself this exact question, then the good news for you is that a new and free jailbreak tweak called BatteryHealthEnabler(iPad/iPod) by iOS developer Brend0n now exists to enable this coveted feature on unsupported devices. 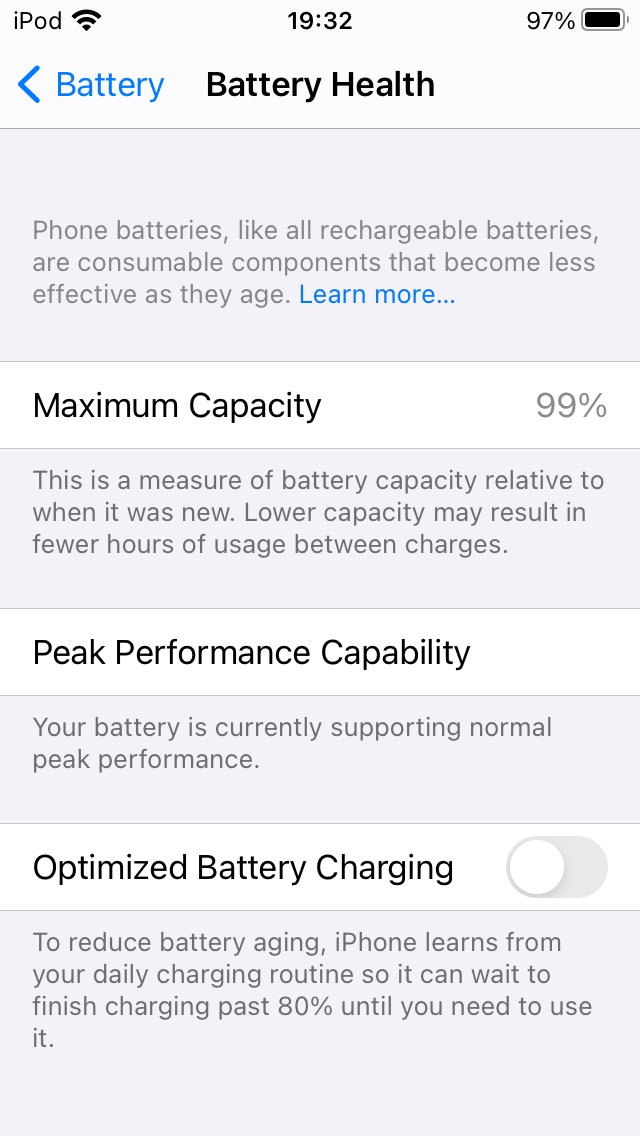 In the screenshot example above, you’ll see that the tweak has been installed on an iPod touch and that it enables the Battery Health preference pane on this particular device.

Many of the features as fully functional, such as battery capacity reporting and peak performance reporting, however the down side is that optimized battery charging doesn’t appear to work on unsupported devices (non-iPhones) at this time. For those unaware optimized battery charging is a feature that commands how and when your battery gets charged to mitigate degradation over time.

Battery sticklers are sure to enjoy the privileged access to further battery information that they didn’t have access to before, and if you meet this criteria, then you can download BatteryHealthEnabler(iPad/iPod) for free from Brend0n’s personal repository via your favorite package manager. The tweak is open source on the developer’s GitHub page. and supports jailbroken iPads and iPod touches running iPadOS or iOS 14.

Those who aren’t already using Brend0n’s repository can add it to their favorite package manager using the following URL:

Do you plan to enable the Battery Health preference pane on your jailbroken iPad or iPod touch with this new tweak? Tell us why or why not in the comments section down below.