Upon unleashing iOS 14 at the end of last year, Apple introduced a refreshed widget system in which specialized widgets can be placed alongside app icons on the Home Screen instead of being crammed into the totally separate Today page.

Home Screen-centric widgets have been a wishlist item for iPhone users for several years, so this was a dream come true for many. Still, it’s important to note that jailbreakers have enjoyed Home Screen widgets for what feels like forever thanks to tweaks like Velox Reloaded and the likes.

Despite the novel widget experience that iOS 14 delivered to end users, some developers of the jailbreak community believe it can still be improved. As such, Velox Reloaded 2 by ApexTweaks is now available to those who’ve pwned their iPhones or iPod touches on iOS 14.

Among the custom widget offerings provided by Velox Reloaded 2 are:

As for resizing widgets, Velox Reloaded 2 makes it easier to do so right from the Home Screen. By using a Haptic Touch gesture on a widget, you’ll reveal the Haptic Touch menu with the option to change the size of the widget without having to remove and re-add the widget as iOS 14 users would typically need to do without a jailbreak.

Once installed, Velox Reloaded adds a dedicated preference pane to the Settings app where users can configure a few different options: 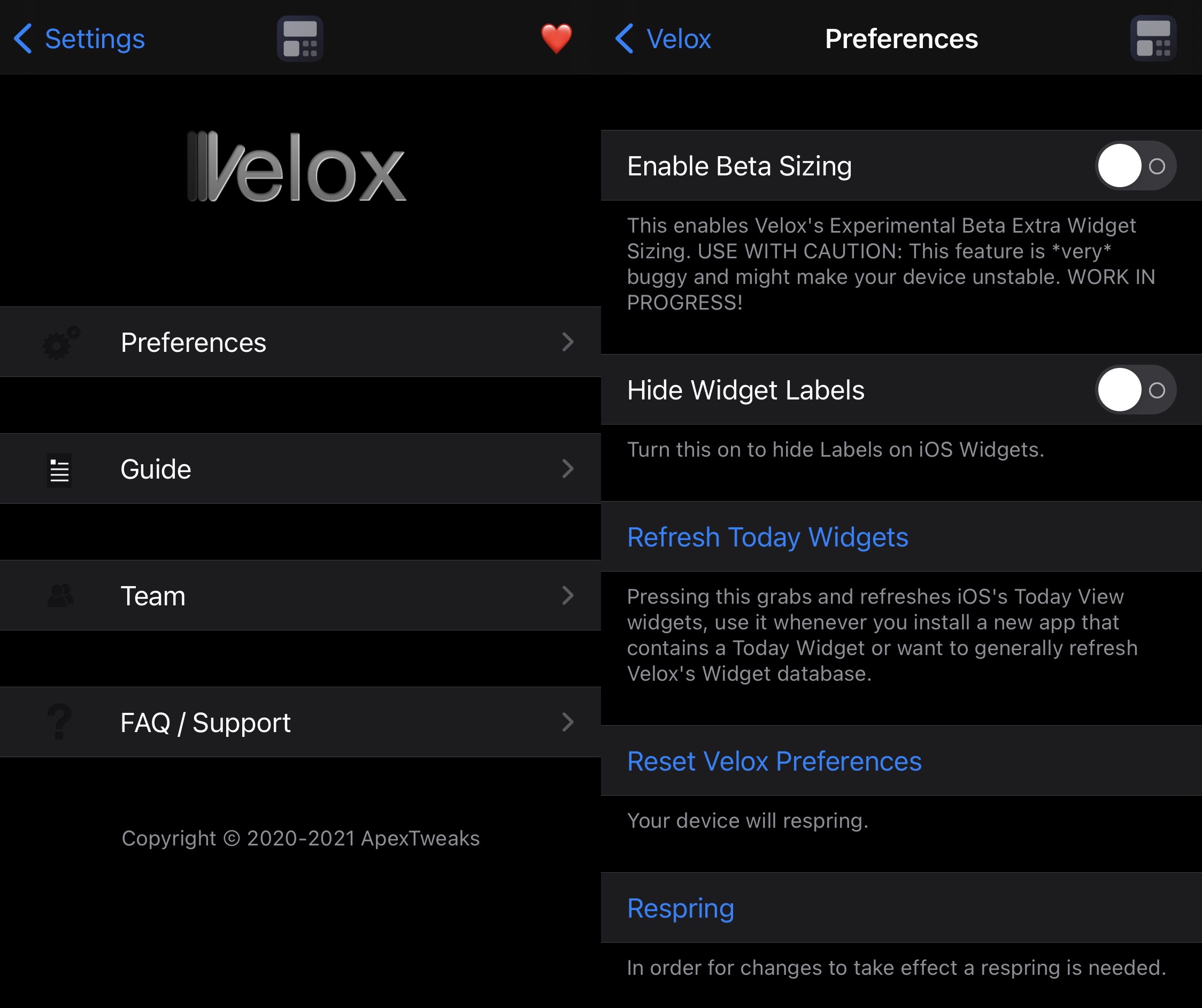 Things users can do here include:

Given just how much I enjoy iOS 14’s new widget system, a tweak like Velox Reloaded 2 that can further expand its capabilities comes with an easy recommendation from me. My favorite part about the tweak is the addition of several more high quality widgets that use Apple’s native widget handling system in iOS 14, but I can also see the custom resizing options becoming useful when it comes out of beta later on.

Those interested in trying Velox Reloaded 2 can purchase the tweak for $2.99 from the Chariz repository via their favorite package manager. It’s also worth noting that those who already own the iOS 13-centric Velox Reloaded tweak can download the new Velox Reloaded 2 tweak for iOS 14 at no additional charge. As you might come to expect, Velox Reloaded 2 is only intended for jailbroken iOS 14 devices.

Do you have any plans to upgrade the native widget system in iOS 14 with Velox Reloaded 2? Be sure to tell us why or why not in the comments section down below.