Multitasking is something that the iOS platform has always been somewhat behind the competition on. While the App Switcher provides fast access to recently-used apps, it’s nowhere near as intuitive as iPadOS’ side-by-side apps or macOS’ windowed applications. Many iPhone users have demanded similar functionality for their handsets for years, but Apple has yet to prescribe a solution. 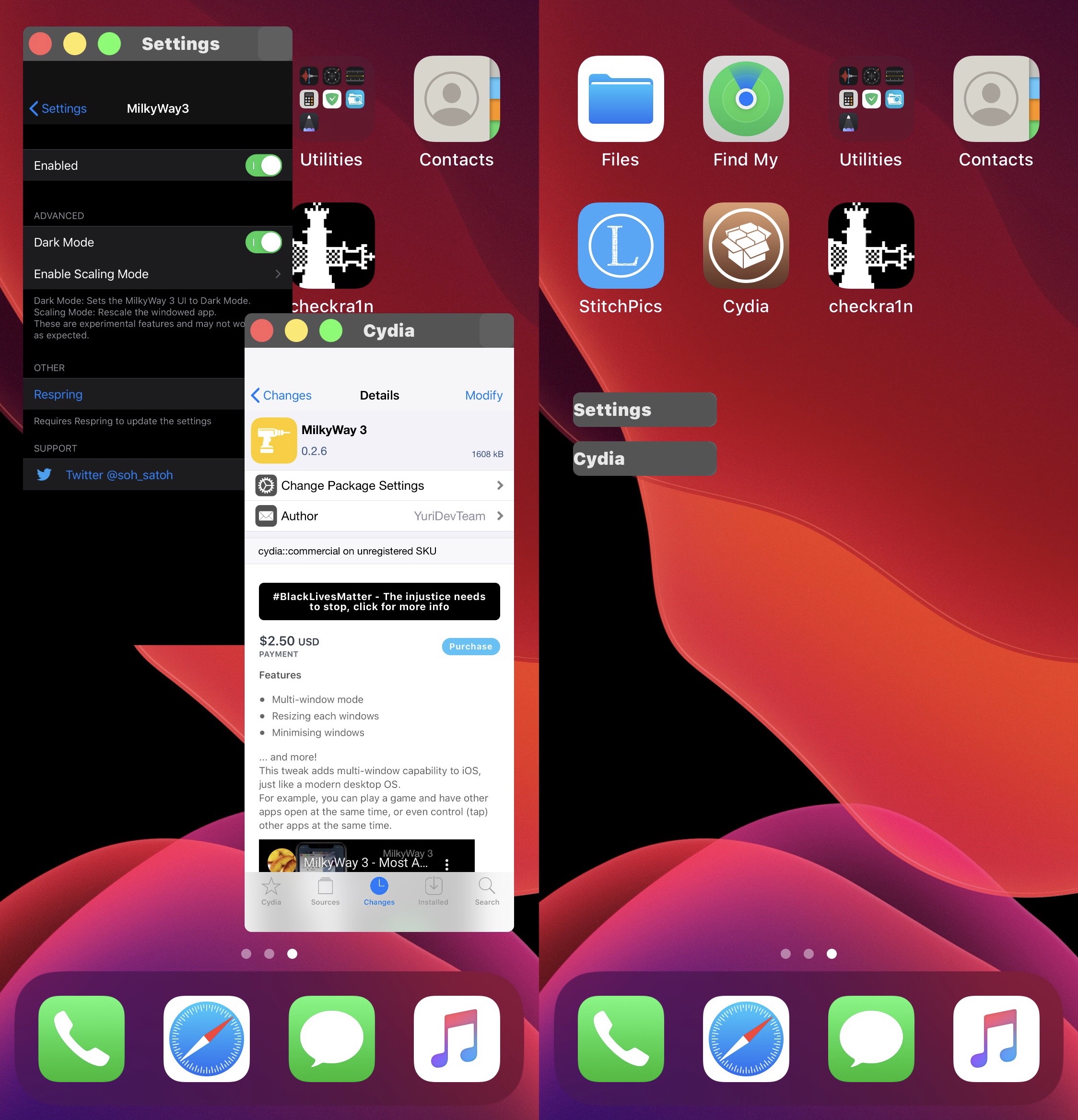 Fortunately, we have the jailbreak community to help ease that pain, and MilkyWay 3 is a newly released jailbreak tweak by iOS developer Soh Satoh of the YuriDevTeam that brings windowed app multitasking to jailbroken iPhones with a macOS-esque style and appearance.

The screenshot examples above depict what MilkyWay 3 looks like when used on a device. The applications appear as free-floating windows that can be closed, minimized, or re-sized to the user’s content. Windows are activated by opening the App Switcher and tapping and holding on an app of your choosing. After doing so, the window springs to life, and the user may open more windows to work alongside the first.

Here’s a short video demonstration, graciously provided by the developer:

Once installed, MilkyWay 3 adds a dedicated preference pane to the Settings app where users can configure a number of settings to their liking: 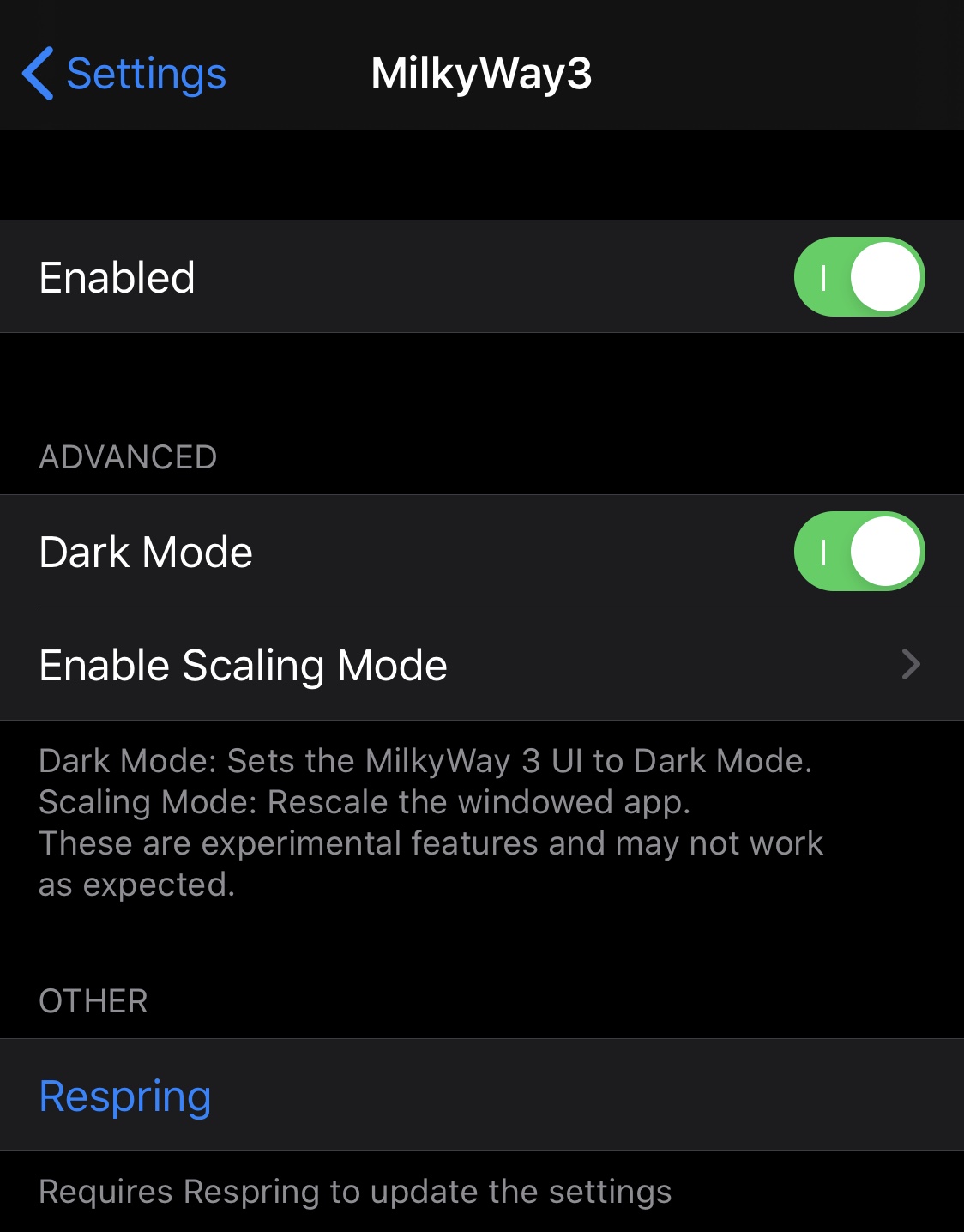 MilkyWay 3 isn’t quite as clean as the iPad’s side-by-side multitasking, but it’s definitely a step up from the native App Switcher if you’re looking for any sort of intuitive multitasking experience on the smaller iPhone. With it, you can easily interact with multiple apps at the same time without leaving the interface you’re already in, and best of all, it works quite smoothly on modern hardware (we tested this on an iPhone X).

Those interested in giving MilkyWay 3 a try can purchase the tweak for $2.49 from the Havoc repository via their favorite package manager. The tweak supports jailbroken iPhones and iPads running all versions of iOS or iPadOS 13 and 14.

Do you plan to use MilkyWay 3 to upgrade your handset’s multitasking user experience? Let us know down in the comments section below.