Checkra1n is the only public jailbreak tool capable of pwning iOS & iPadOS 14 at the time of this writing, and regardless of whether you use it as it comes or you use the Odyssey Team’s Odysseyra1n bootstrap, a few notable package manager updates are now available as of Wednesday evening that you probably won’t want to miss, assuming they apply to you. 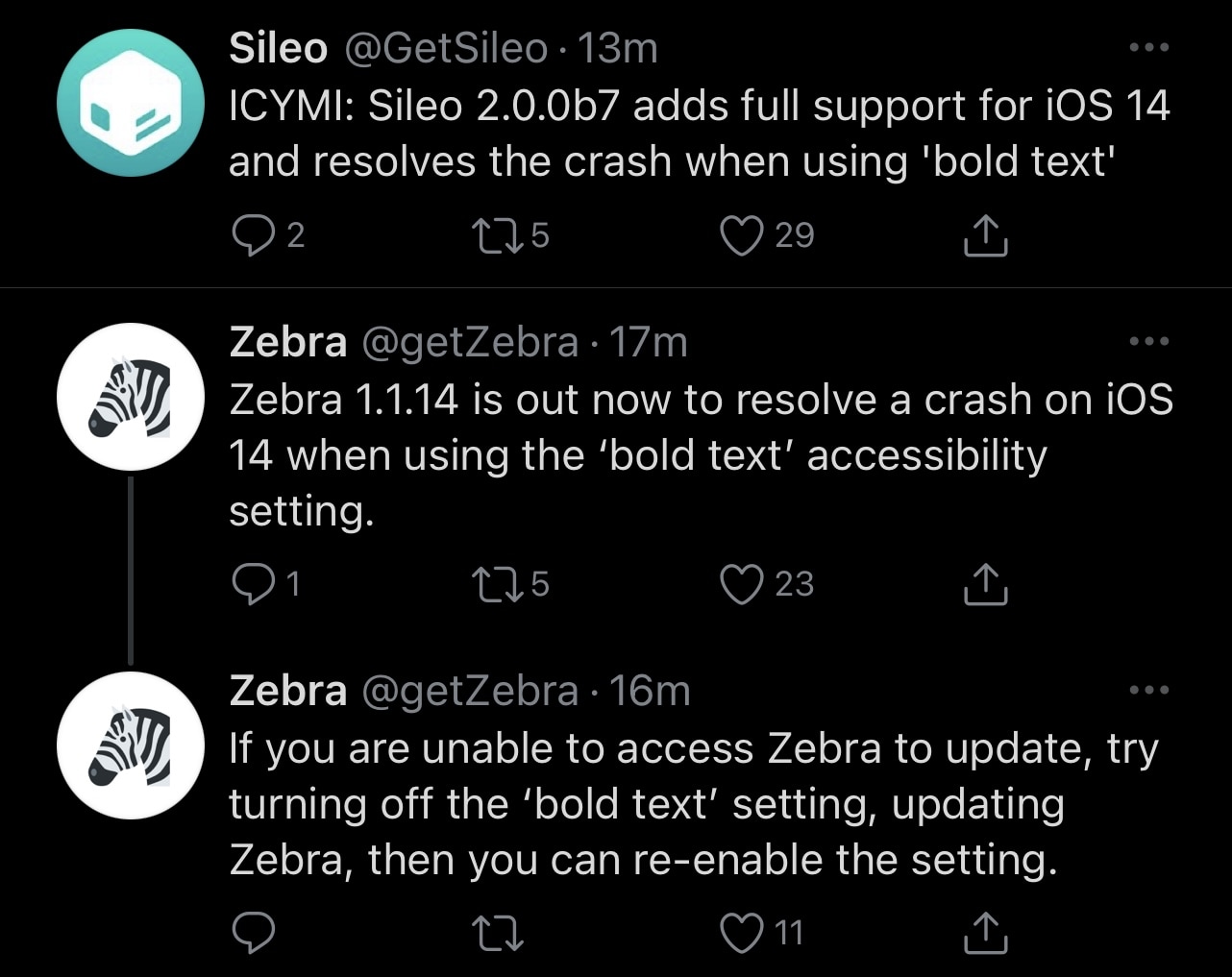 Starting first with Sileo, the Sileo Team announced version 2.0 beta 7 of its package manager in Discord and via Twitter with official iOS & iPadOS 14 optimization and support and various other improvements including a crash fix affecting the Bold Text feature in iOS’ accessibility settings, a modernized BigBoss repository icon, and a default icon for repositories that don’t already serve users with icons.

While Sileo has always been usable on iOS & iPadOS 14 by way of Odysseyra1n, this is the first version of the package manager that has been built with the iOS 14 SDK, and so it’s expected to be both more performant and reliable. Further refinements are likely before this iteration comes out of beta.

Interestingly enough, the Zebra package manager also received a comparable update up to version 1.1.14 in that it adds improved support for iOS 14 by resolving a similar crash pertaining to iOS’ Bold Text accessibility feature.

Likewise, Zebra has also always worked on iOS & iPadOS 14, but minor bugs have presented themselves and are now fixed in the latest version.

Regardless of which package manager you use and why, the updates are available starting this evening and can be downloaded from their dedicated repositories. To update, merely open your preferred package manager and refresh your sources.

Have you updated yet? If so, let us know how the latest version of your package manager of choice is working for you in the comments section below.