The unc0ver tool by Pwn20wnd is one of the most popular ways to jailbreak a handset running iOS 11 or 12. If you’ve used this solution before, then you’ve undoubtedly experienced what could only be described as a sudden and unexpected battery drain, even when your device sits idle. Fortunately, there’s a fix for that now.

Unc0ver co-developer Sam Bingner released an updated version of UIKit Tools Thursday morning, bringing the jailbreak dependency up to version 1.1.15-1 in the process. In a subtle Retweet by Pwn20wnd, we learn that this update should resolve battery issues experienced by unc0ver users: 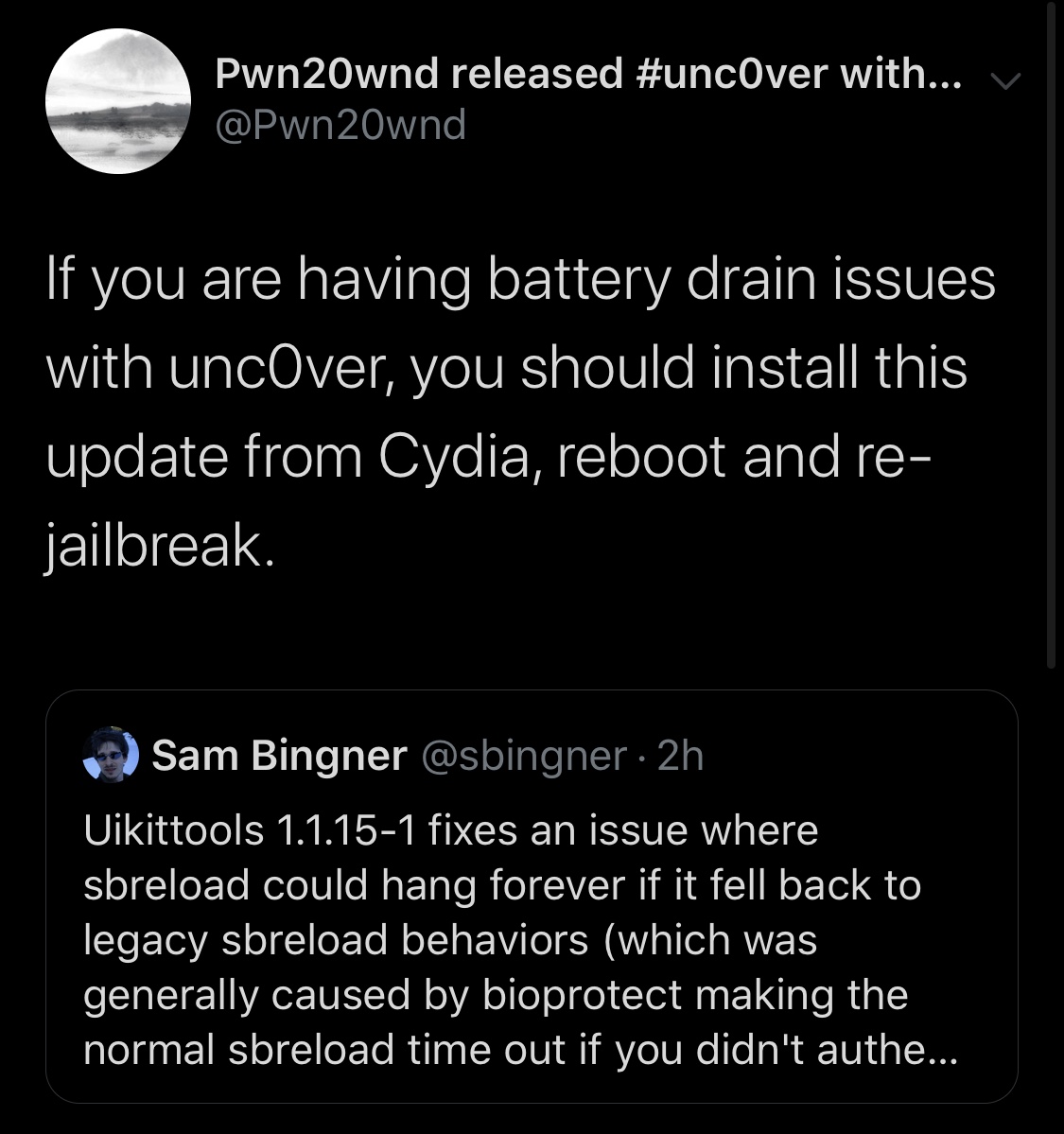 From what we can gather, the previous version of this jailbreak dependency would inadvertently cause a process dubbed ‘sbreleoad’ to hang forever and load indefinitely before appearing to time out. Perhaps unsurprisingly, this unrelenting process would burn through CPU usage and impact battery life as a result, and could purportedly be brought about by the use of certain jailbreak tweaks.

Pwn20wnd has advised that all unc0ver users install the updated UIKit Tools jailbreak dependency and immediately reboot and re-jailbreak afterward. If you don’t see it immediately, then you may need to refresh your sources for it to appear.

Has the updated jailbreak dependency resolved battery drain issues for you on the unc0ver jailbreak? Discuss in the comments below.