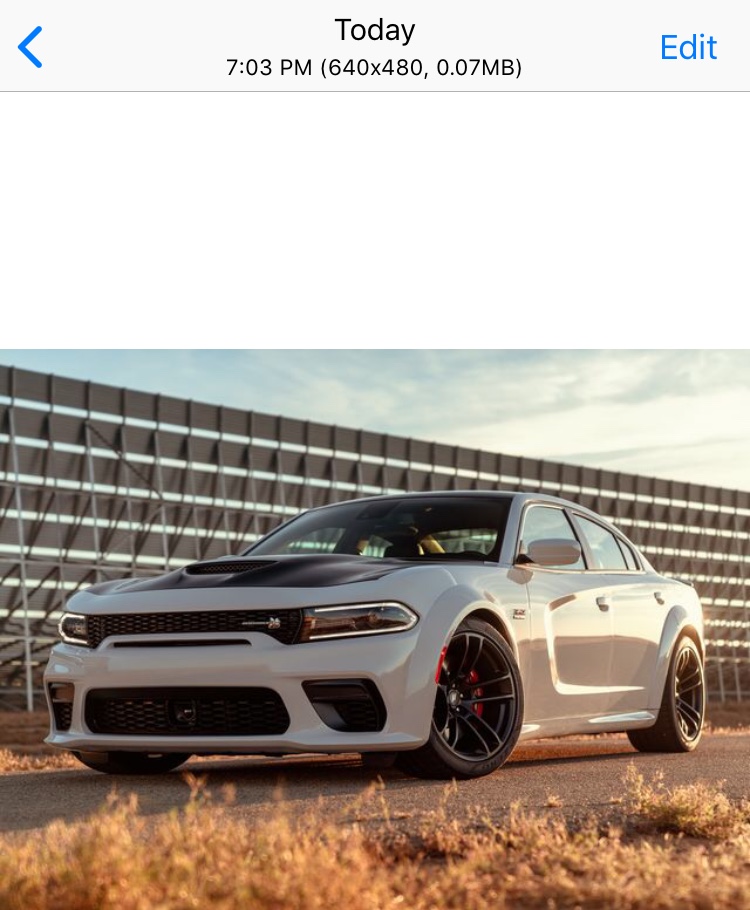 The iPhone’s advanced photography capabilities make it incredibly easy to fill your Photo Library with images. On the other hand, iOS’ Photos app doesn’t do as great of a job of communicating file attributes as we’d like.

Given the circumstances described above, we’re particularly excited to show you a newly released and free jailbreak tweak called PhotoInfo by iOS developer shepgoba.

As you might’ve noticed already in the screenshot example above, PhotoInfo makes the native Photos app display more relevant information about images residing in your Photo Library. The information appears in the menu bar next to the time stamp, and includes data such as the image file’s resolution and its size.

In the case of this sporty Dodge Charger photograph, the image measures 640 pixels wide by 480 pixels high. PhotoInfo also denotes how the image is taking up approximately 0.07MB of our handset’s storage. As you might come to expect, these attributes differ from image to image, and it’s a great way to see which ones are taking up the most space on your device.

PhotoInfo doesn’t come with any options to configure; merely installing the tweak adds this handy feature to the Photos app. To disable it, you would need to uninstall it from your package manager of choice.

PhotoInfo isn’t available in any of the default repositories in Cydia or Sileo. If you’d like to try it out for yourself, then you will need to add the following URL to your package manager:

PhotoInfo plays nicely with all jailbroken iOS 11 and 12 devices, and the tweak’s source code is also available on the developer’s GitHub repository for those interested in learning more about what makes it tick.

Do you welcome this change to iOS’ native Photos app? Discuss in the comments section below.