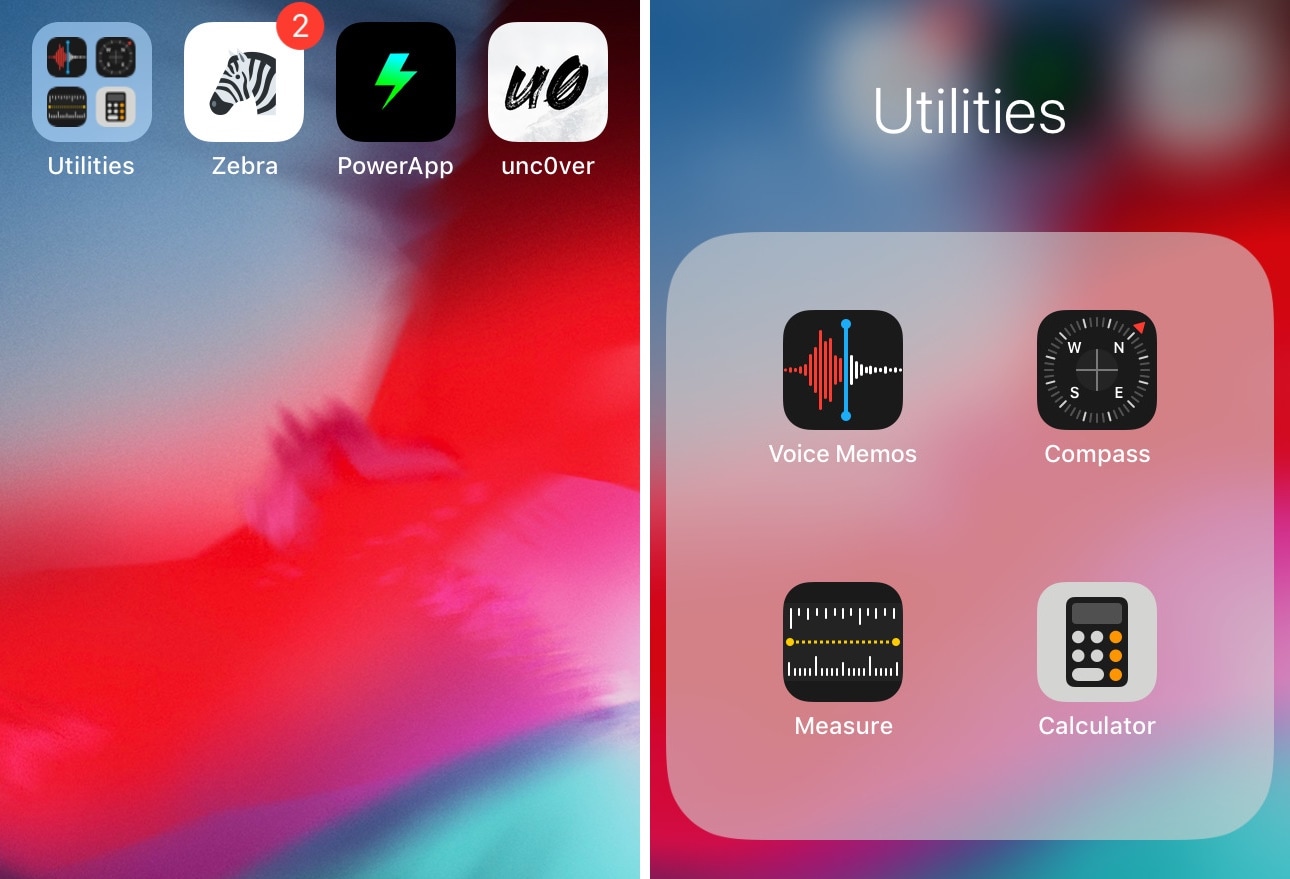 Home screen folders on an iPhone can hold up to nine apps per page at a time, but in certain cases involving extreme Home screen-centric UI customization often necessitate delicate icon balance, and the native look and feel can sometimes appear unsightly or asymmetrical.

If you’d appreciate a nicer-looking folder icon on your Home screen, then chances are that you might take an interest in a newly released and free jailbreak tweak called 2×2 by iOS developer Nepeta.

As you might’ve deduced from the tweak’s name already, 2×2 gives your Home screen folders a 2×2 application icon layout that’s visible both inside of said folder and when viewing the folder’s icon from your Home screen.

It’s worth noting that the new 2×2 layout doesn’t limit the number of apps that you can stuff into a folder, and this is because Apple designed them to be pagable. That said, you can still swipe left and right to see more apps, but they’ll be organized differently with regard to a 2×2 grid instead of the native 3×3 grid.

From my observation, most of my Home screen’s folders contain at least four apps, but few contain nine or more. Those in a similar boat should find that 2×2 makes the folder icons look much nicer because 2×2 scales the folder icon’s contained icons to be larger and fill the empty space such that they can be discerned more easily from the Home screen.

Tweaks like these are always subjective, but if you think 2×2 might make your Home screen look nicer, then you can download it for free from the Nepeta repository in Cydia or Sileo. 2×2 should play nicely with all jailbroken iOS 11 and 12 devices.

Do you like the new 2×2 layout, or do you prefer the native 3×3 layout? Tell us what you think in the comments section below.