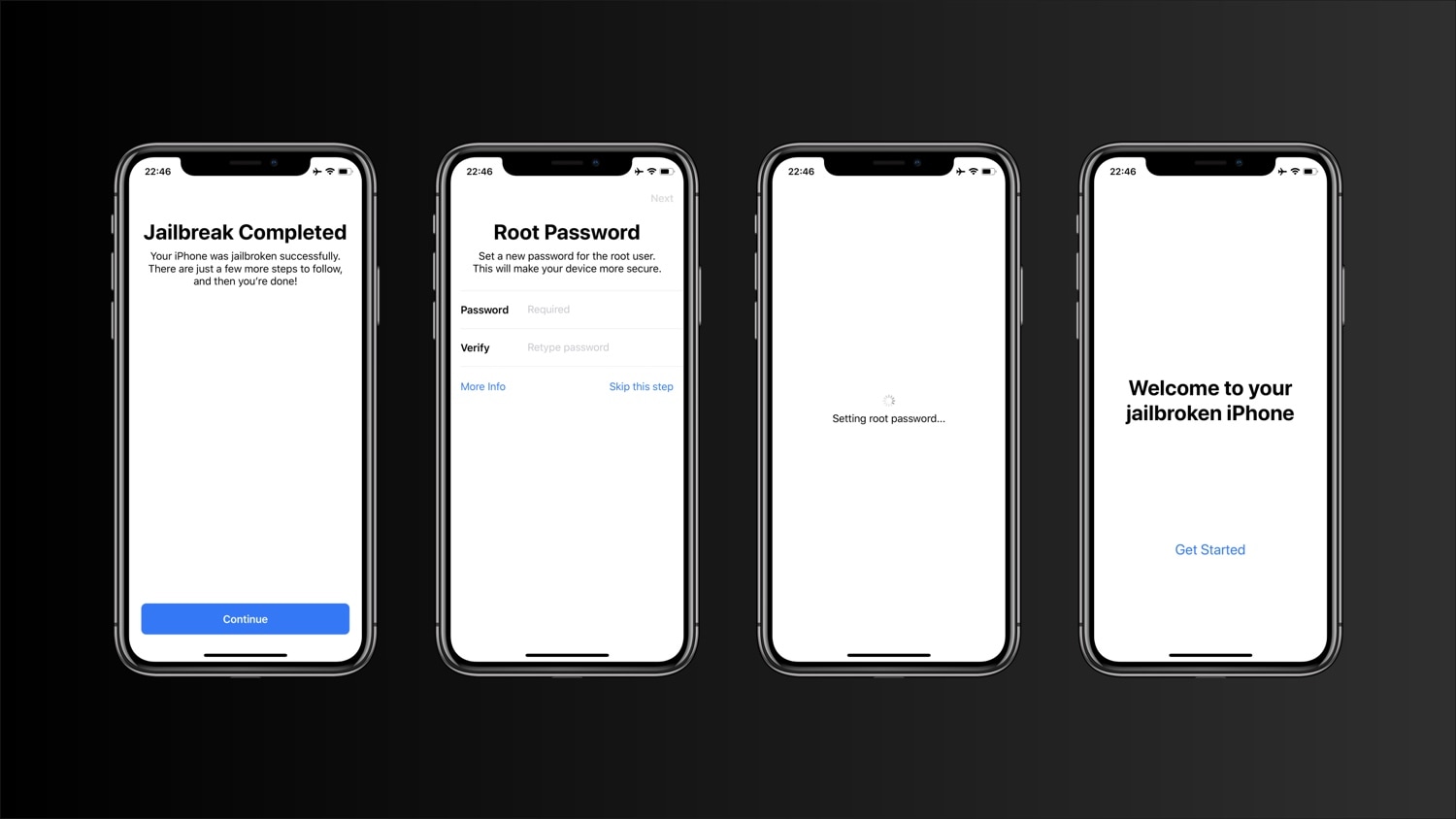 Anytime you jailbreak an iOS device, one of the first things you’re ever advised to do is change your handset’s root password, which is commonly used to access elevated privileges in mobile terminal when entering complex commands. The password is always “alpine” out of the box, but users can change this to almost anything they want to increase their handset’s security from a commonly-known password.

As imperative as changing the root password may be, many jailbreakers either forget to do so or shrug off its importance. For that reason, we’re particularly fond of a sleek concept that was shared to /r/jailbreak over the weekend that rethinks the way jailbreakers will interact with their root password after jailbreaking their handset for the first time.

As you can discern for yourself in the screenshot examples above, the particularly clever concept envisions an Apple-esque setup UI for reminding users to change their root password after jailbreaking. What’s more is that the menu physically walks the user through the root password-changing process, effectively preventing procrastinators from procrastinating.

We tend to appreciate the design aesthetic of this concept because it’s reminiscent of iOS’ native setup screen that appears when setting up a newly-purchased device or setting up a device that was restored via iTunes. With that in mind, the interface is familiar to most users, and we think that it would encourage more jailbreakers to change their root password.

Like with Apple’s native setup screen, the concept begins with a splash screen that explains what’s happening and provides a button for the user to continue to the next step. Afterward, the user can enter their preferred root password and enter it again to ensure accuracy. Alternatively, users can opt to ‘skip this step’ if they’d rather keep it as ‘alpine.’

A proof of concept is available as a .deb file from the poster’s GitHub page, but it’s worth noting that this will not actually change your root password.

Should this concept ever become a reality, we think it’d be best to be integrated into an actual jailbreak tool, such as the Electra Team’s Chimera tool or Pwn20wnd’s unc0ver tool, rather than released as a jailbreak tweak. In doing so, the experience of using said jailbreak would feel a lot more refined to the end user.

What are your thoughts regarding this concept? Would you use it, or would you prefer to just continue using mobile terminal for your needs? Let us know in the comments section below.