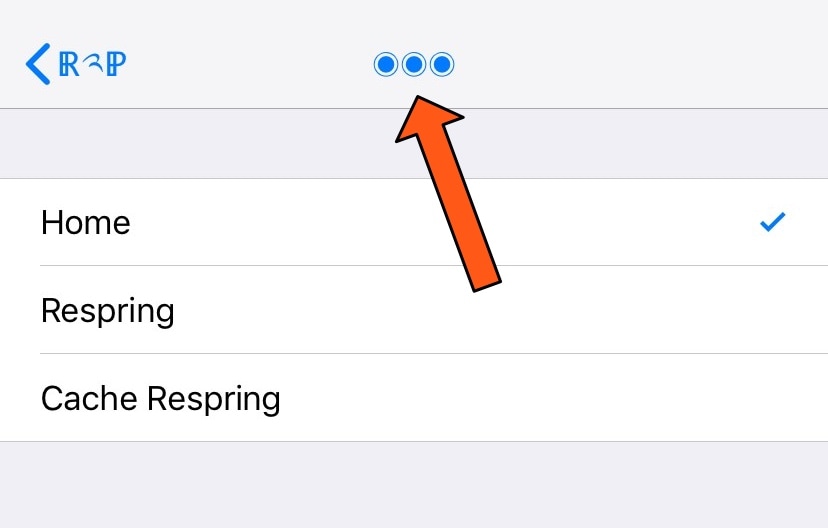 Diving deep into your Settings app can be an easy thing to do, especially if you venture into your handset’s Accessibility options. But jailbreakers often install jailbreak tweaks with extensive preference panes, which can sometimes make backing out to the primary Settings page a chore.

If you find yourself in the latter category more often than you’d like to admit, then you just might come to appreciate a newly-released free jailbreak tweak called Return2Prefs by iOS developer thazsar, as it puts a convenient shortcut in the Settings app’s Navigation Bar that makes returning to the original page a breeze.

In the screenshot above, you’ll see the new shortcut button appearing as three blue dots in the Navigation Bar. This button appears whenever you use your Settings app, and tapping it jolts you back to the primary Settings page with no fuss whatsoever.

If you’re curious about how this works, then allow us to direct your attention to the animated GIF example below:

After you’ve installed Return2Prefs, you’ll find a preference pane in the Settings app where you can configure the tweak to your liking:

The developer also provides a “Kill Settings” button at the top right of the interface, and you’ll do good to use this whenever you make changes to the tweak’s settings to ensure they take effect.

For the most part, we really like the concept behind Return2Prefs, but it does come with a few rough edges. For example, the dots icon didn’t always appear in our Navigation Bar, but tapping where we’d expect it to appear would still invoke the tweak as expected. Moreover, the tweak literally jolts you to the primary Settings page without any animation whatsoever.

While we’re splitting hairs with our complaints, we hope this is something that the developer could improve in an upcoming version. Nevertheless, it’s fully-functional and available for free from the BigBoss repository in Cydia. Return2Prefs works on jailbroken iOS 11 and 12 handsets.

What are your thoughts about the concept behind Return2Prefs? Do you agree with our criticisms? Let us know in the comments section below!