Signify, formerly Philips Lighting, has announced two new additions to its Philips Hue smart lighting system. The sleek Hue Play and Signe lamps launch this fall. Both have been designed to “transform your living space,” according to Signify’s Jasper Vervoort.

The Philips Hue Play is a compact, versatile light bar that can sit horizontally or vertically next to your television. You can also mount it behind your TV for a backlighting effect. As a bonus, you can plug up to three light bars to the same power source using the fixture’s base kit.

Measuring 9 inches in length, the Hue PUe will ship in two kits. The first, which is called a Single Base Kit, includes one fixture for $69.99. The Double Base Kit consists of two fixtures for $129.99. When it launches, the Play will be available in black and white.

For $59.99, you can buy a Hue Play extension that allows you to plug another light bar into the base kit’s power source. 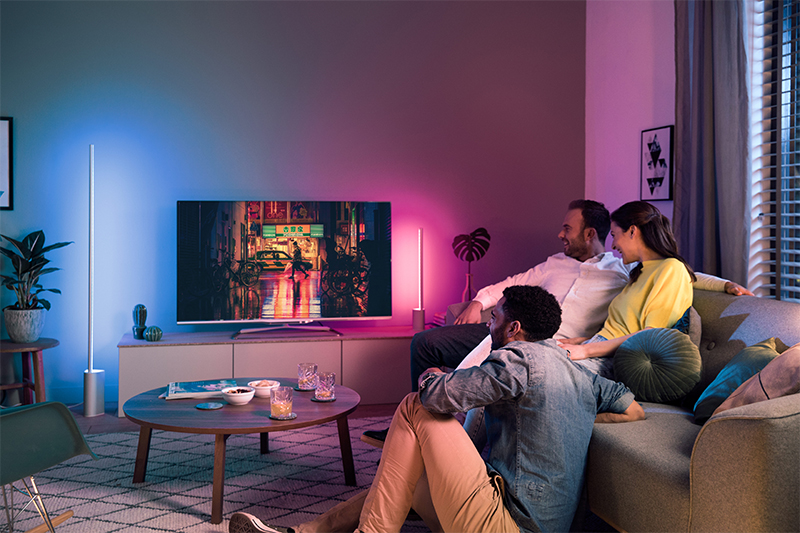 Signe lamps, meanwhile, feature a slim design and are ideally suited for a position next to your TV. You can use them to paint your walls with light. Two Signa lamps are arriving, including a Signe Tablet Light for $159.99 and a larger Signe Floor Light for $249.99.

Also on Monday, Signify announced outdoor versions of its popular Lightstrip product. Philips Hue Lightstrip Outdoor will launch first in October in Europe priced at €89.95 for the 2 meters version and €159.99 for the 5 meters model.

All three new products look worth checking out. Each is fully compatible with Apple’s HomeKit and work with the official Hue app for iOS and Hue Sync app for macOS.