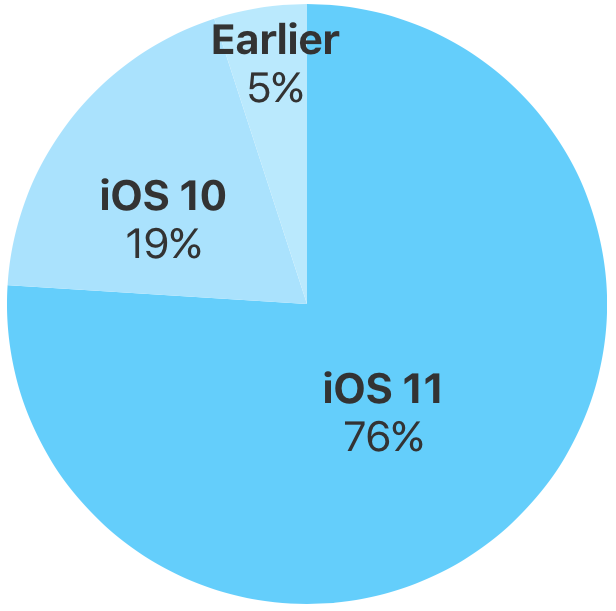 The new data point was captured by App Store on April 22, 2018 and released today via Apple’s dashboard for developers. iOS 10 is still found on 10% of active iOS devices while older versions account for 5% of devices that are unsupported by iOS 11.

To put that in some context, Android 8.0 Oreo, the latest and greatest version of Google’s mobile operating system, is installed on 4.6% of devices that use Google’s Play services. Google’s Android dashboard for developers does not take into account smartphones and tablets that don’t run Play services or use third-party app stores.

The vast majority of Android hardware is on versions there years old.