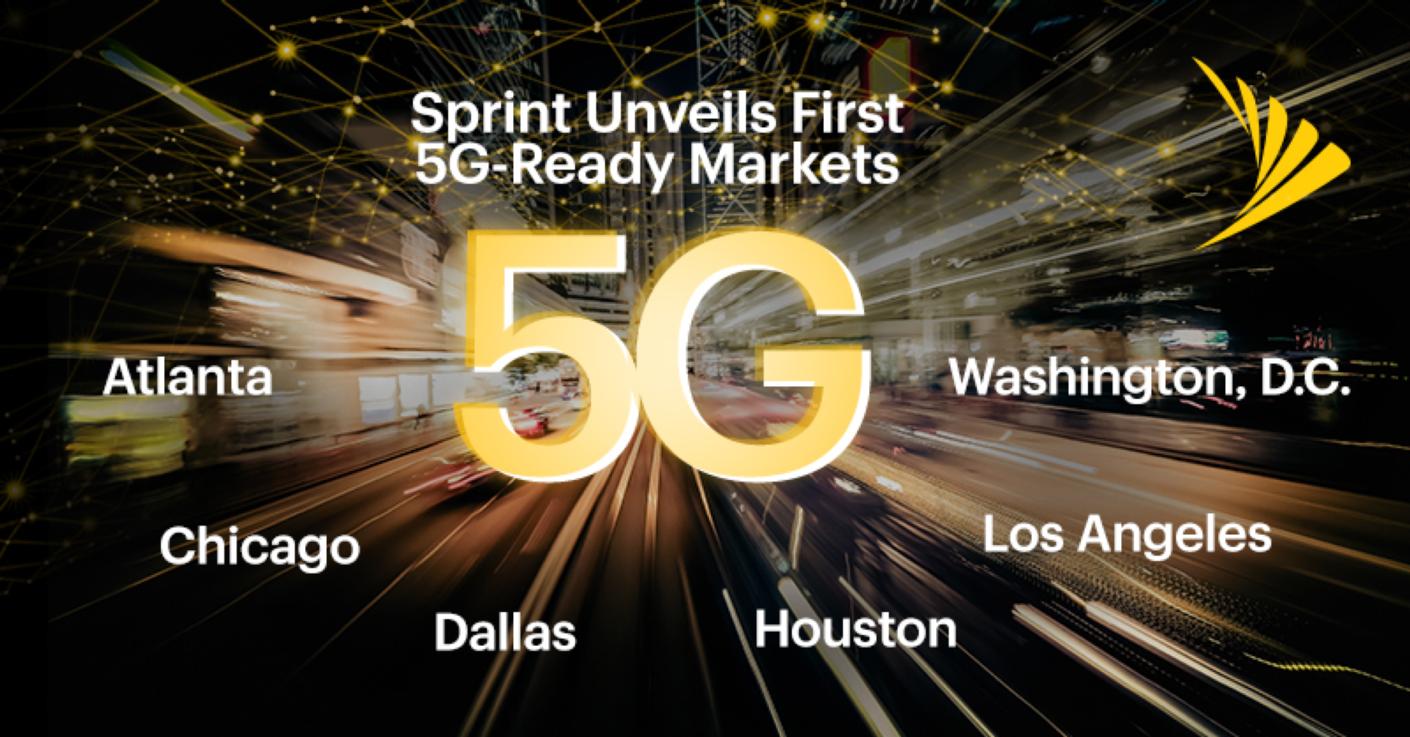 United States carrier Sprint on Tuesday announced its first six cities that will be getting a high-speed, low-latency fifth-generation (5G) wireless service in the first half of 2019.

A fifth-generation wireless network run by Sprint will first go online in:

Sprint will first roll out a network technology called Massive MIMO to customers in Chicago, Dallas and Los Angeles, bringing “5G-like capabilities” to the masses like increases in data speed and capacity (they’ve been testing this new technology for more than a year).

Next, they’ll aggressively expand to Atlanta, Houston and Washington, D.C. later this year. The carrier has committed to deploy thousands of Massive MIMO radios in 2018 and 2019 that it claims are capable of delivering up to 10 times the capacity of current LTE.

All Sprint customers using a 2.5 GHz (band 41) device will benefit from Massive MIMO technology. The carrier is working with Qualcomm and device vendors to launch 5G mobile devices in the first half of 2019.

With 204 MHz of spectrum and more than 160 MHz of 2.5 GHz spectrum in the top 100 markets, Sprint is uniquely positioned with enough capacity to deliver a nationwide 5G mobile network using licensed spectrum. Because of Sprint’s large spectrum holdings it is also one of the only operators in the world with enough capacity to operate LTE and 5G simultaneously over 100-200 MHz on the same Massive MIMO radios.

5G technology will power a number of next-generation services and apps over cellular networks, including 6K and 8K television, virtual and augmented reality in high definition, cloud robotics, telemedicine, connected cars and drones and what not.

Rival AT&T recently announced its first three cities scheduled to get 5G, starting with parts of Dallas, Atlanta and Waco, Texas by the end of this year and nine more to follow. AT&T will announce additional cities in the coming months and add more 5G-capable mobile devices and smartphones in early 2019 and beyond.

Verizon has field-tested 5G, but the carrier has yet to name its launch cities.