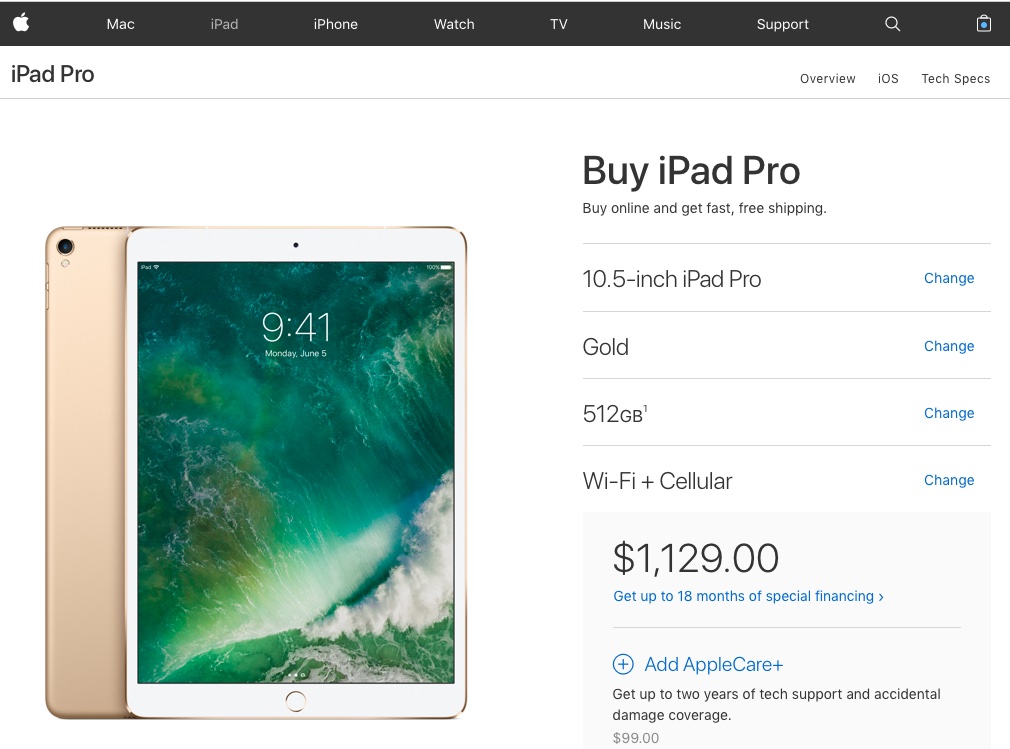 Following Tuesday’s iPhone X event, Apple has quietly raised prices across Wi-Fi and cellular iPad Pro models with 256GB and 512GB of storage by $50 for seemingly no apparent reason.

Apple didn’t provide an explanation, but it’s widely speculated that an undersupply of NAND flash memory chips, coupled with a surge in orders for the new iPhone X and iPhone 8 models, has resulted in a pretty dramatic increase in the cost of NAND flash storage.

Other than pricing, nothing has changed in terms of hardware, software or design.

The price hike is seen in other regions, including Europe and Australia. In certain oversea markets, customers are now required to pay even higher prices that the equivalent of $50.

It’s unclear if the prices will drop to their original levels once NAND flash supply improves. I purchased my 10.5-inch iPad Pro just a few weeks ago, thankfully. If you’re in the market for a new iPad Pro, some retailers are still offering the original pricing.