In the midst of a slow jailbreak tweak week, iTransmission 5.0 has launched in Cydia this weekend with full support for iOS 9.

For those who aren’t familiar with iTransmission, it’s a mobile  Bittorrent client allows you to download torrents directly to your iPhone or iPad without needing to have your computer handy.

Torrents are often associated with piracy because of the bad habit people have of using the software for illegal reasons, such as downloading movies, music, and software without paying for it, but Bittorrent itself is completely legal to use as long as you’re not sharing copyrighted information that you don’t have the rights to.

In many cases, companies offer their operating systems or large file downloads as torrents instead of one-click downloads because torrents can be faster and user-based seeding tends to help take the load off of the companies’ own servers, which is great for something in high demand because it helps keep downloads flowing at a satisfactory speed.

One such example is Ubuntu, which is an operating system for personal computers that can be downloaded for free from the official website. The makers provide Ubuntu as a regular download, as well as in torrent form.

With iTransmission 5.0, you can use your iOS 9 iPhone, iPod touch, or iPad to download torrents rather than relying on your personal computer to do it. This may be helpful when you’re out and about and want to download stuff so it’s ready when you’re at home, or for when you simply prefer to use your mobile device.

When you’re downloading stuff with iTransmission, it’s easy to pause and resume downloads with the small button on the right side of the torrent. You can also tap on the torrent itself to get more information about it, such as the amount of seeders, peers, download and upload speeds, and save location: 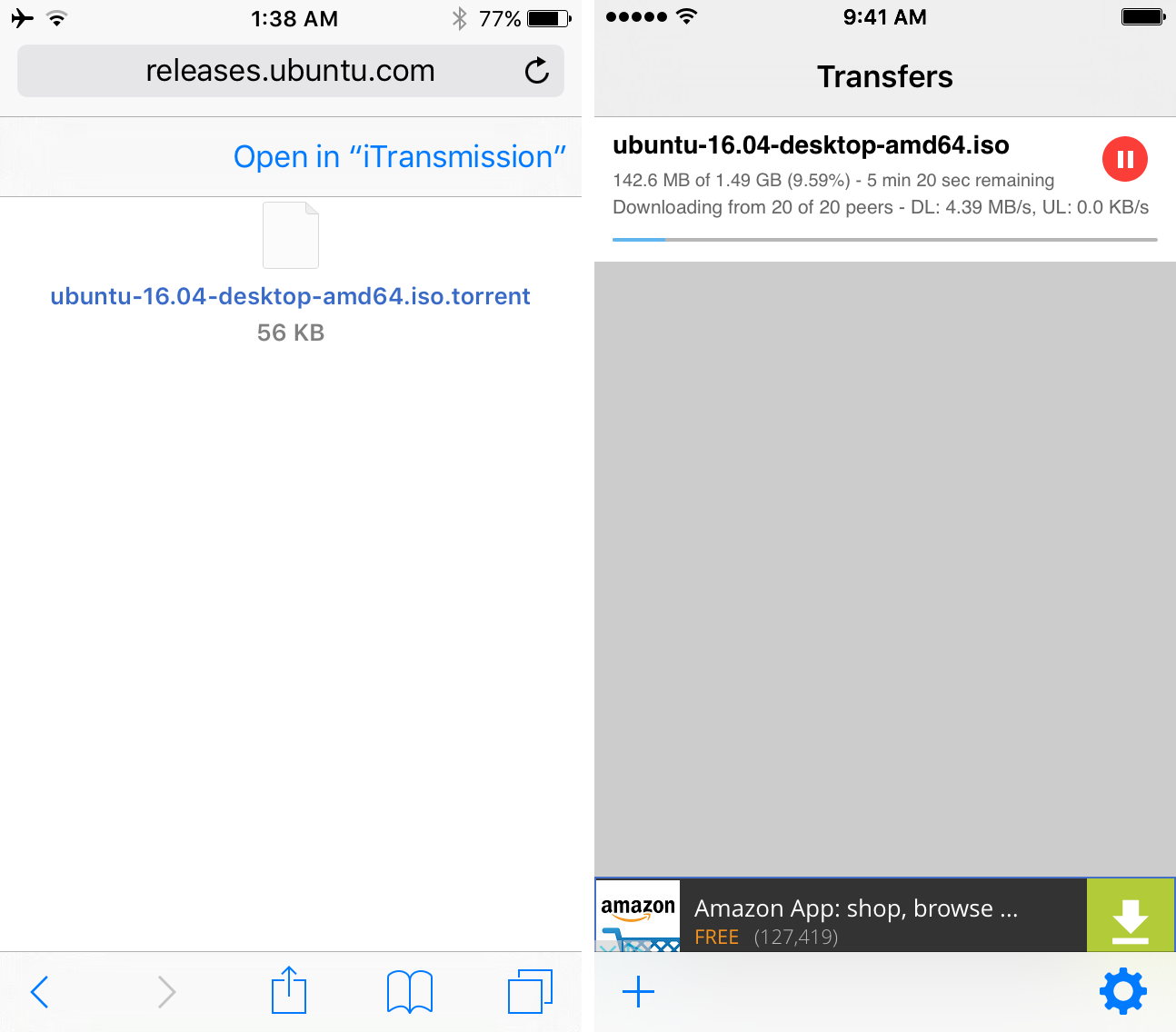 With the Safari method, you can visit the web page that is offering the torrent link, such as the Ubuntu download shown above, and Safari will automatically suggest opening the app in iTransmission.

When you tap on that button, you will be transferred to the iTransmission app and the download will start momentarily. 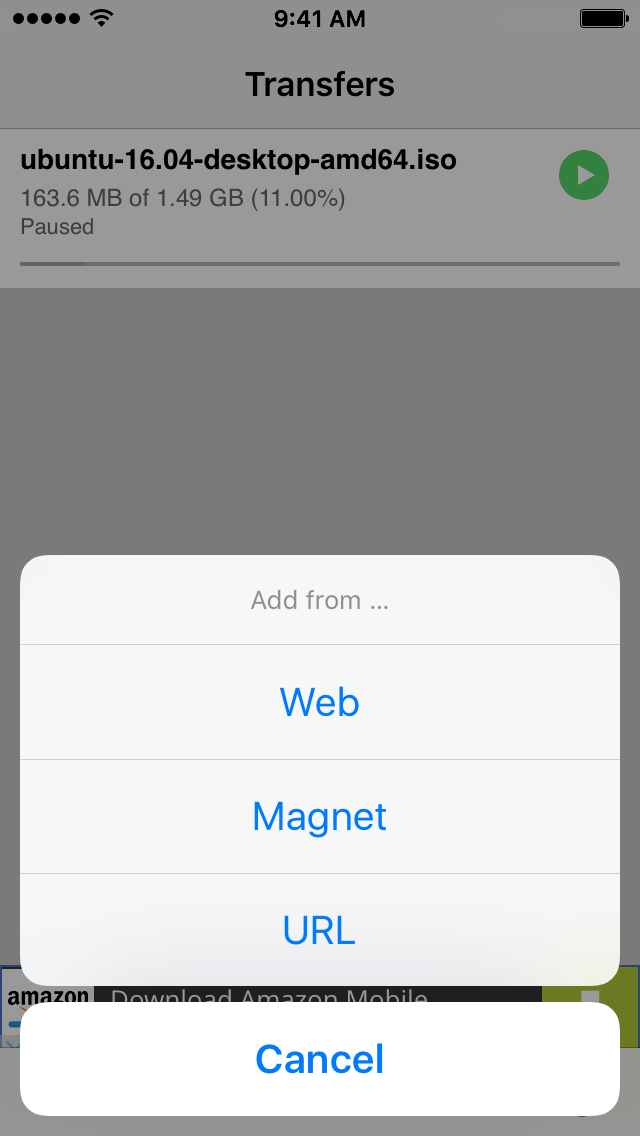 Your other method for adding a torrent download to iTransmission is by using the app itself. At the bottom left of the app is a + button, and when you tap on it, you can add a magnet link, URL, or web link to the app, and it can auto-detect the torrent and download it that way.

iTransmission really is a bare-bone Bittorrent client, but it also comes with some options you can play with.

The app lets you play with any of the following options:

iTransmission is a very nicely-crafted Bittorrent client for iOS, and this is certainly something you’ll never see in the App Store due to Apple’s app restrictions and App Store policies, but thanks to jailbreaking, anything is possible.

When you download files with iTransmission, accessing them from your iOS device is as simple as going into your filesystem with an app like iFile. The app tells you where files are stored, and for reference, that location is going to be /var/mobile/Documents/torrents.

If used responsibly, torrents can be a great way to download data from the web, but I have to admit that the idea of downloading torrents to my iOS devices would be limited to rare scenarios. Most of the time files I am going to torrent are going to be large, and are best done on the computer where I have more storage space to sacrifice.

On the other hand, the capability to download torrents to my iOS devices is certainly welcomed, especially since it’s a feature that only the jailbreak community could ever actually implement on my favorite mobile devices.

The app is free and is ad supported, so this is something to keep in mind.

iTransmission is a free download from Cydia’s BigBoss repository and allows those with jailbroken iPhones, iPod touches, and iPads to download torrent files on the go.

Would you find iTransmission useful for any of your Bittorrent needs? Share in the comments!