Accessory maker Adonit announced a new addition to its styli lineup today, dubbed the Pixel. Calling it “the best stylus we’ve ever made,” Adonit claims it wants the Pixel to be the natural evolution of writing and drawing. The device is available for just $79.99, or twenty bucks less than the Apple Pencil.

While it lacks some of the advanced features found in Apple’s stylus, the Pixel doesn’t require a special circuitry inside the display itself in order to function.

In fact, it works out of the box on nine different iPad models and, of course, supports the iPhone or any other touchscreen for that matter.

Adonit crafted the Pixel to be more fluid than their previous styli so they built palm rejection and gave it the improved 1.9mm Pixelpoint tip for paper-like drag.

For those wondering, Pixelpoint is Adonit’s fine point stylus tip technology. The Bluetooth device weighs in at just twenty grams and has an aluminum body with a nickel-plated tip and charging cap.

Watch the Pixel in action in a promotional video below.

This thing also has programmable shortcut buttons to give artists convenient one-touch access to their most used tools and functions, such as erase and redo.

Bluetooth features like pressure sensitivity, shortcut buttons and palm rejection are only available in iOS applications that have been specifically optimized for Adonit technology.

To improve accuracy and battle lag, the Pixel uses an offset correction algorithm and iOS 9’s predictive touch feature. In terms of accuracy, the Pixel can sense a whopping 2,048 different levels of pressure sensitivity when used with an iPad. 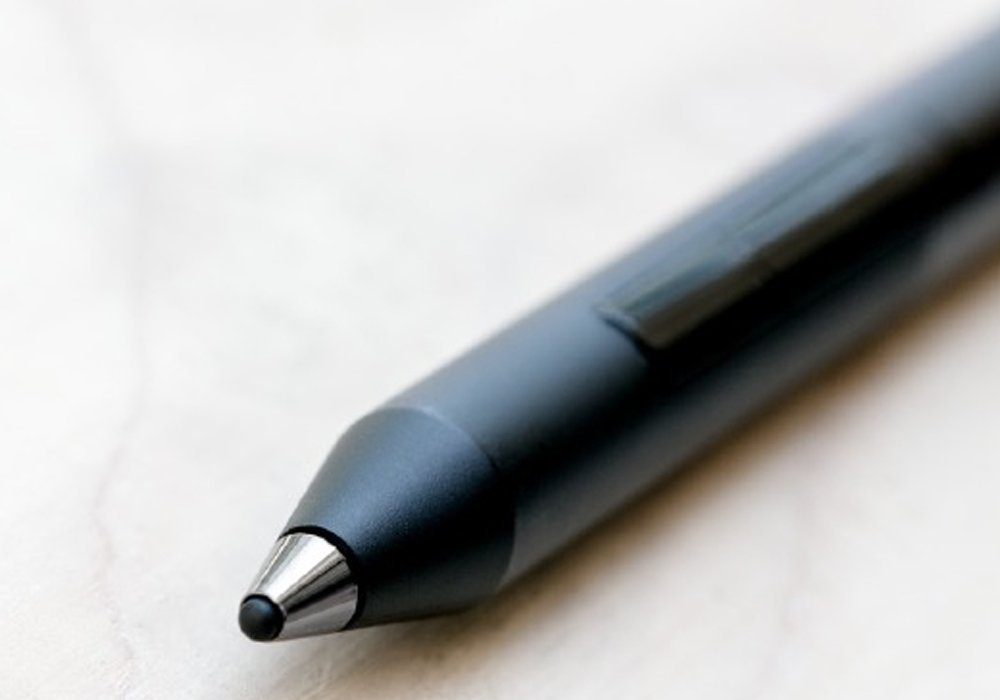 While we still don’t know how many levels of pressure Apple’s accessory can detect, 2,048 pressure levels should be more than enough to draw nuanced strokes of varying width and weight, such as an ink pen or brush.

The Pixel’s built-in battery holds enough charge for fifteen hours of non-stop usage, and it recharges from zero to hundred percent in about an hour. Unfortunately, it’s not possible to use the Pixel with your Apple Pencil.

“The Apple Pencil can cause interference if it’s connected while you’re using the Pixel,” clarifies the Pixel FAQ. To avoid this, you’ll want to disconnect your Apple Pencil in the iPad’s Bluetooth settings before pairing the Pixel, which can be annoying.

Last but not least, the Pixel’s new grip sensor turns it on when you pick it up.

The Adonit Pixel is priced at $79.99 a pop and available in Black or Bronze. You can purchase yours via Adonit’s official webstore or through Amazon in the United States, with free shipping. The device is compatible with nine iPad models, including all iPad mini, iPad Air and iPad Pro models, and any iPhone model from the iPhone 5 onward.