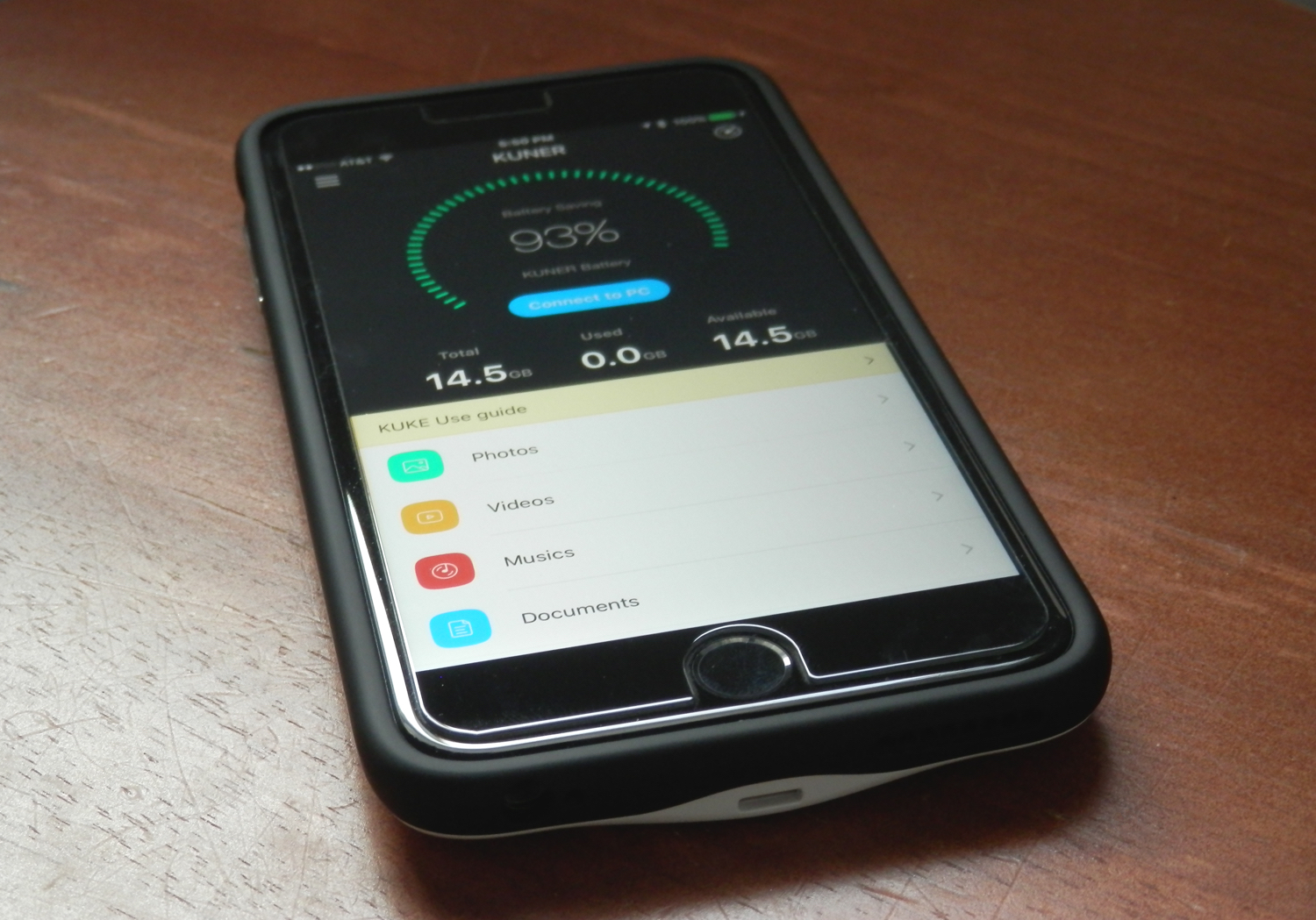 Because your battery is such a precious asset to your iPhone, you can never go wrong with trying to expand its life. This is especially the scenario for people who put a lot of miles on their device each day, sending hundreds of text messages back and forth with friends and checking social media on a regular basis.

The KUKE, made by Kuner Tech, is a battery case for the iPhone, fresh out of an Indiegogo campaign, that does away with the clunkiness of many third-party options, and blows Apple’s Smart Battery Case out of the water in performance and usability. Not only will it give you a truckload more battery life for your iPhone, but it also provides additional storage space for your documents, media, and more.

In this review, we’ll show you what the KUKE case is all about!

KUKE: The battery and storage case we’ve been waiting for

Although the iPhone 6s Plus has a much larger capacity battery than the iPhone 6s, I still thought it would be cool to expand on the battery life of the device. The KUKE offers a solid 2400 mAh-rated external battery pack, which is built into the slim non-bulky case.

Moreover, the case offers a storage expansion with options of either 16GB or 64GB. This storage can be used to store or back up photographs, videos, audio files, and even documents, and is stored outside of your iPhone itself so you can use your iPhone’s storage for more important things.

All of this equipment is built into a case that’s just 11mm thin, which is even thinner than Apple’s $100 Smart Battery Case. Apple’s case also only has a little over 1850 mAh of power, so it’s under-powered in comparison, and it also lacks any external storage.

Disassembled, the KUKE is a two-piece case. The rear shell houses all the equipment and the bumper body snaps around the iPhone. 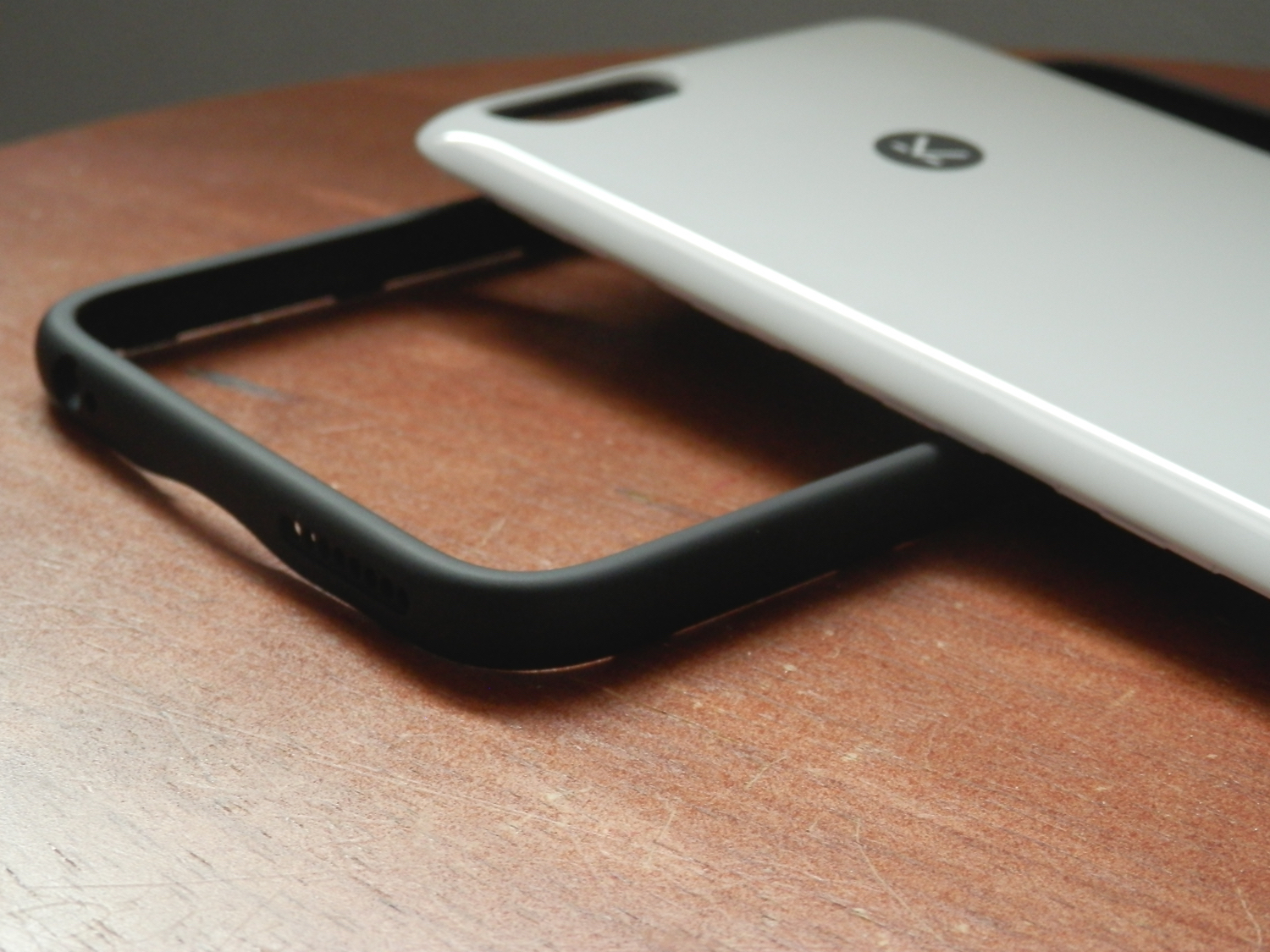 The internal Lightning connector is used to power the iPhone from the internal case, and to allow communication with the embedded storage chip. Keep in mind, it’s not MFi certified, so it does have a slightly differentiated design of its own. 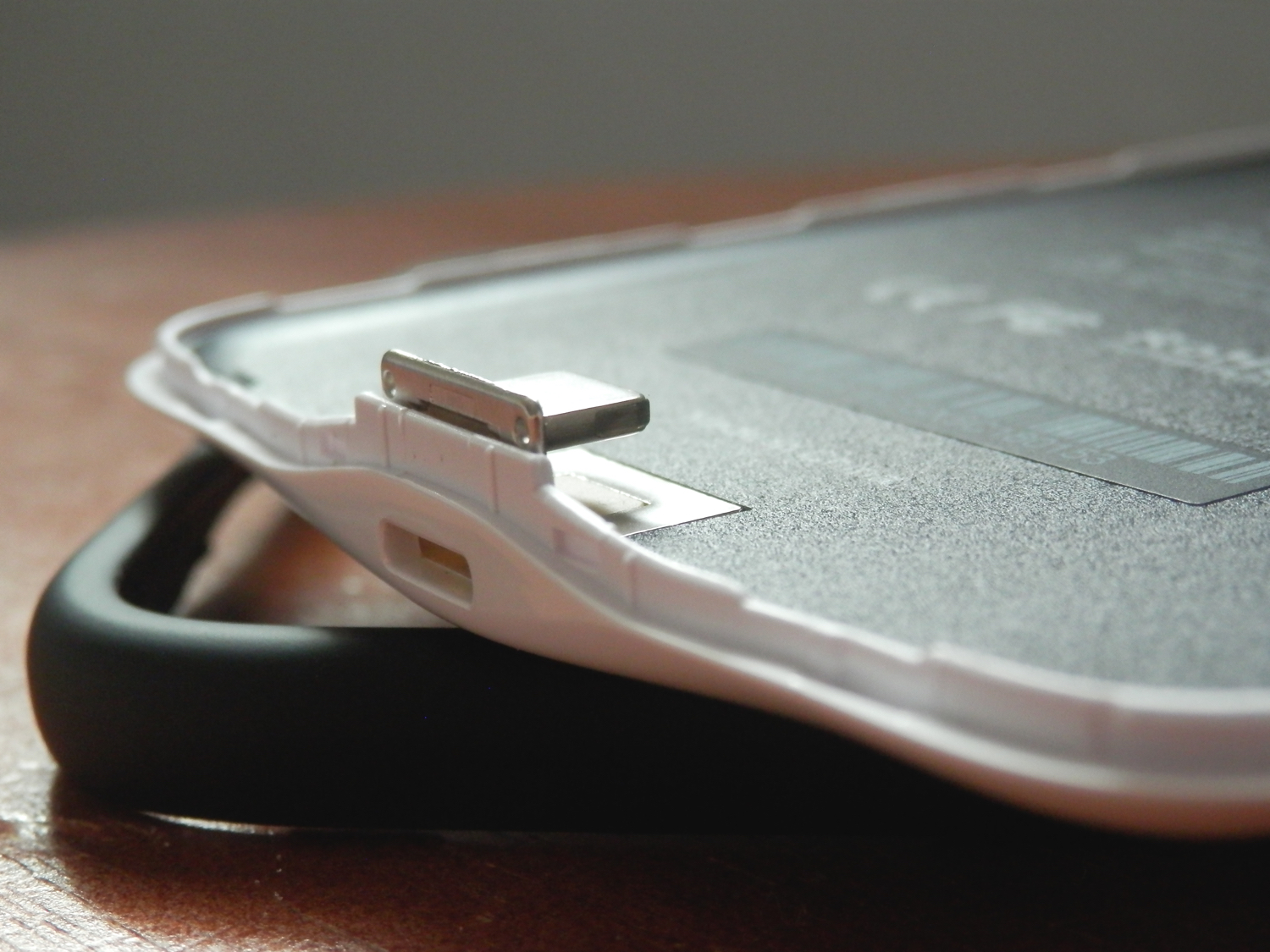 Installed, the case has no ugly lower chin like many battery cases do:

KUKE also supports Lightning cables, unlike many battery cases, which are going to use Micro-USB instead. Because of the flush design, KUKE will work with any Lightning cable, whether it’s from Apple or it’s third-party. 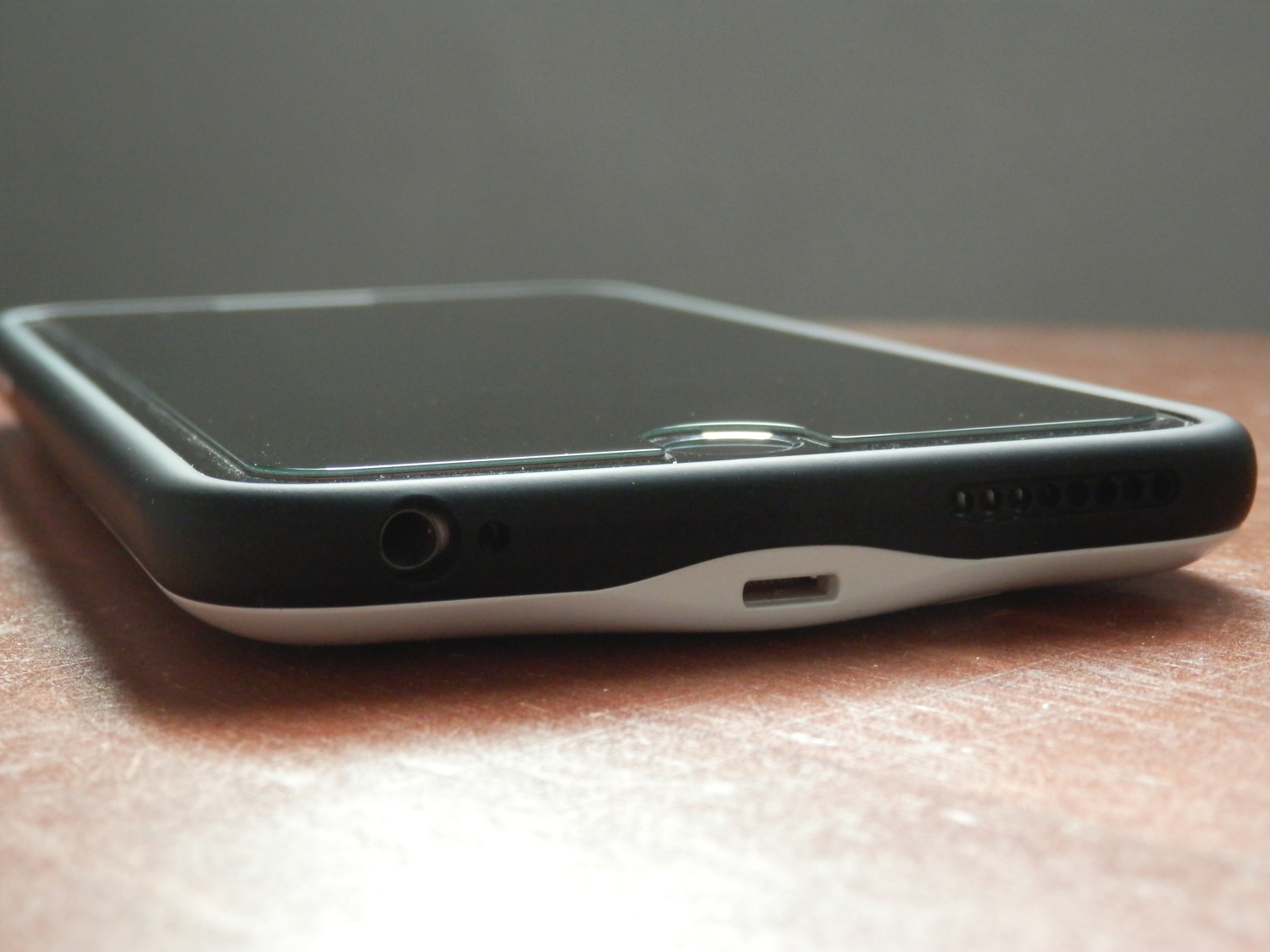 The headphone jack, on the other hand, is a little restrictive, and you may need some kind of headphone adapter cable with a connector small enough to fit this hole. Something like this cheap $1 option on Ebay will work just fine. The speaker grille and microphone are both open for you to use without obstruction.

Both the volume buttons and the power button are covered by a nice chrome-colored button layover, which give the KUKE a sleek appearance. The ringer/silent switch is accessible through a small port, which is easily accessed with a finger nail. 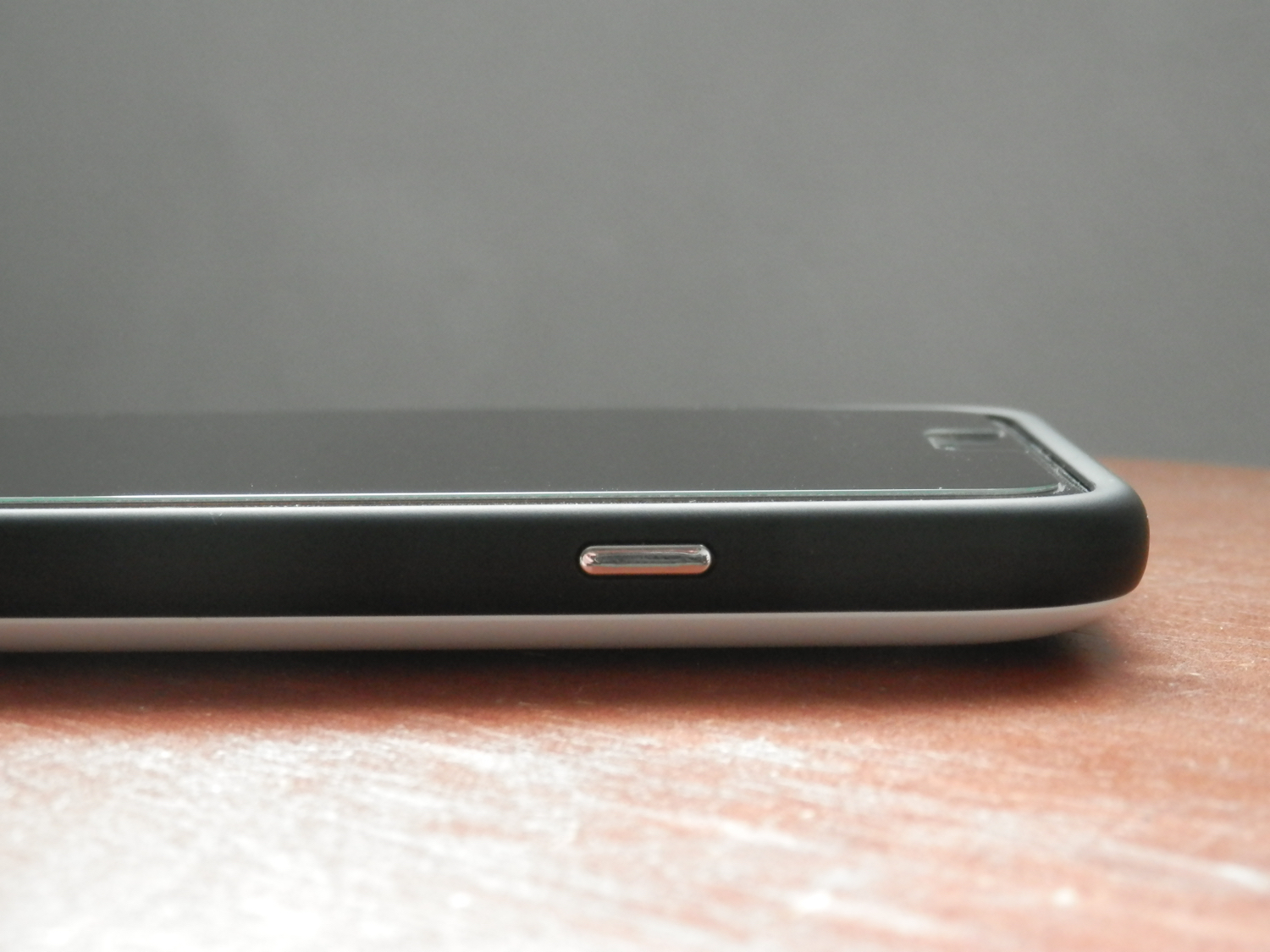 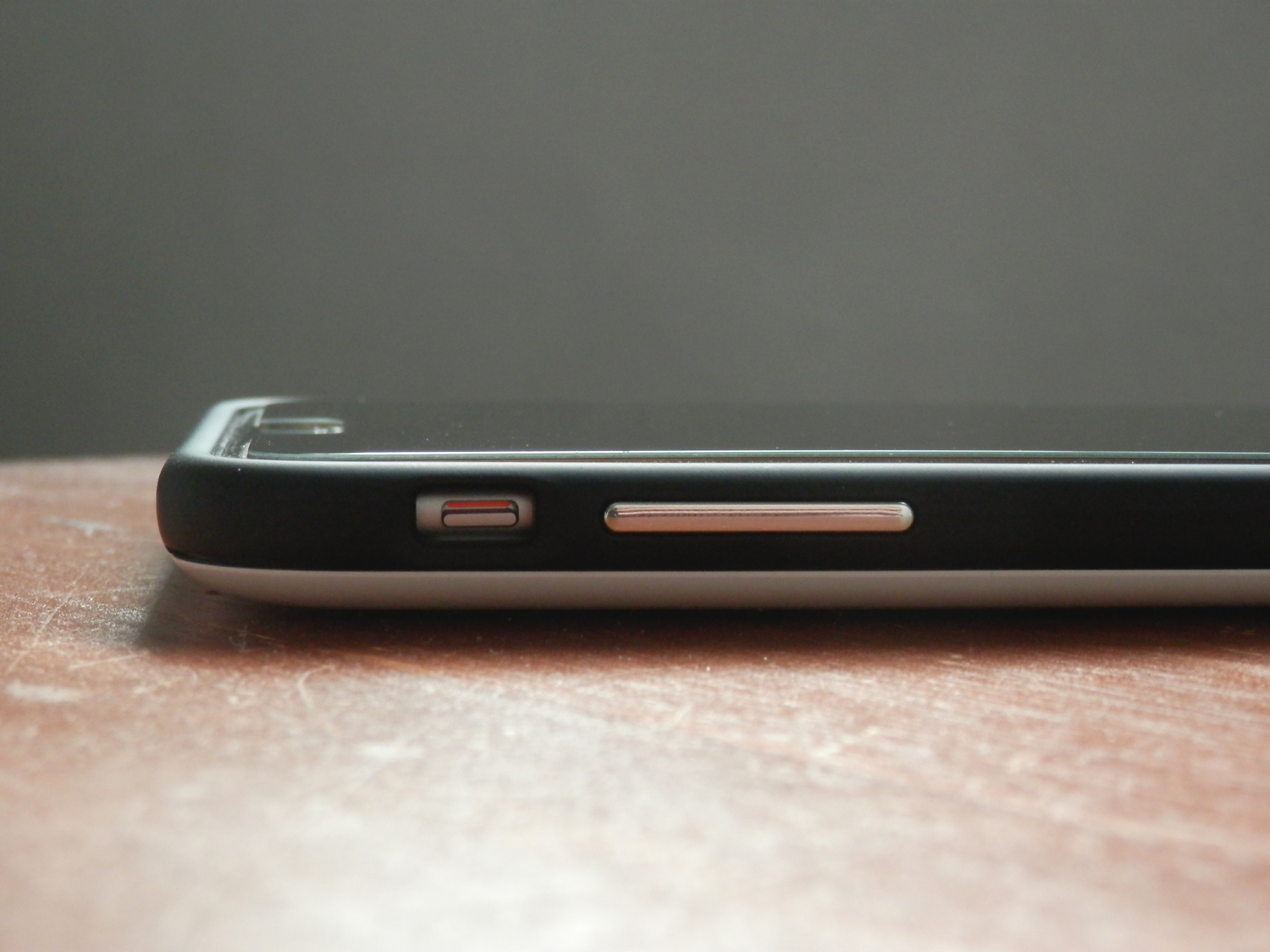 The camera, rear-facing microphone, and rear LED flash are also well exposed as not to influence your photograph and video quality: 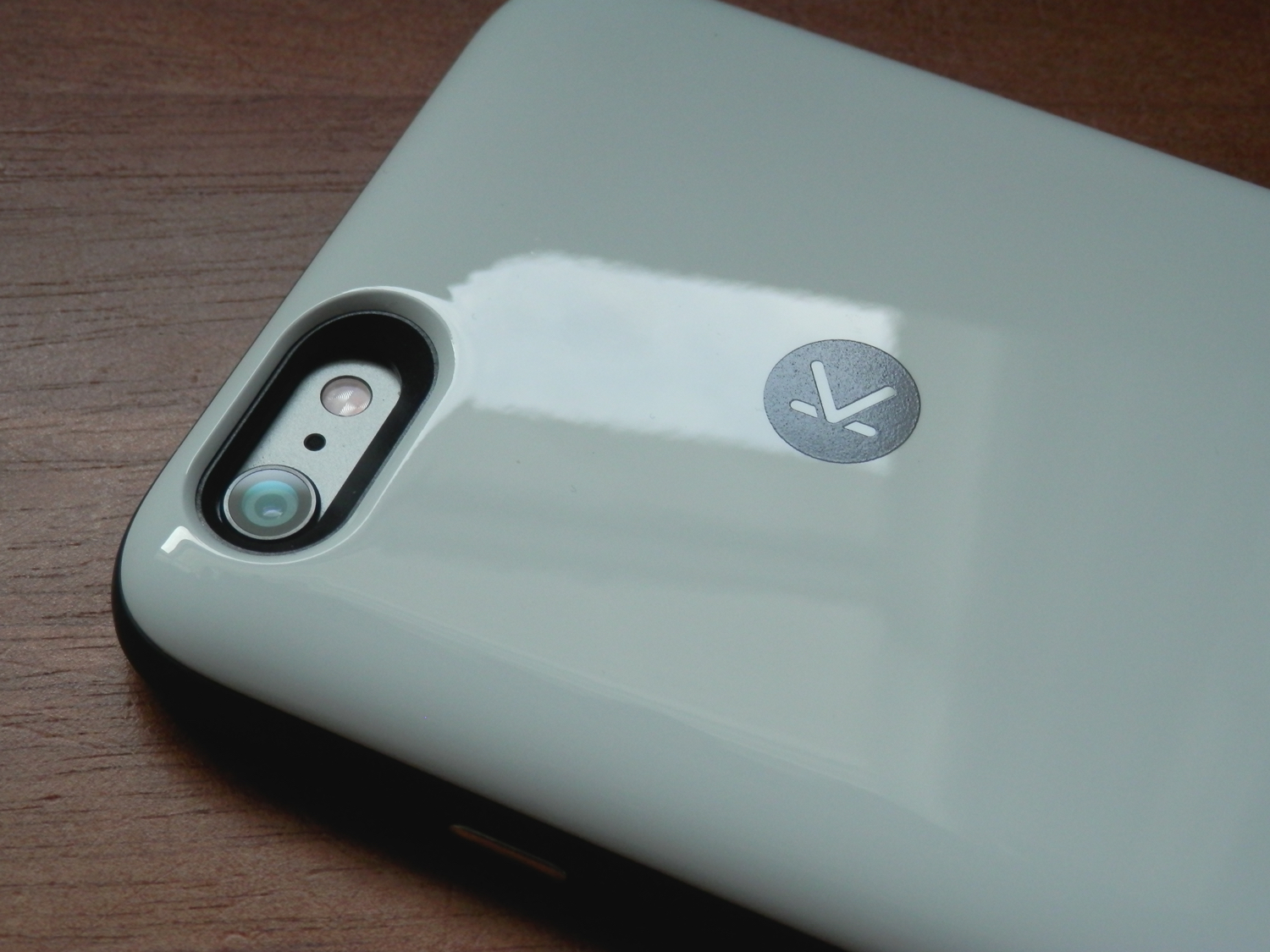 At the bottom of the case, you’ll find a button, which is used to view the battery level and to power on or off the KUKE for charging purposes. 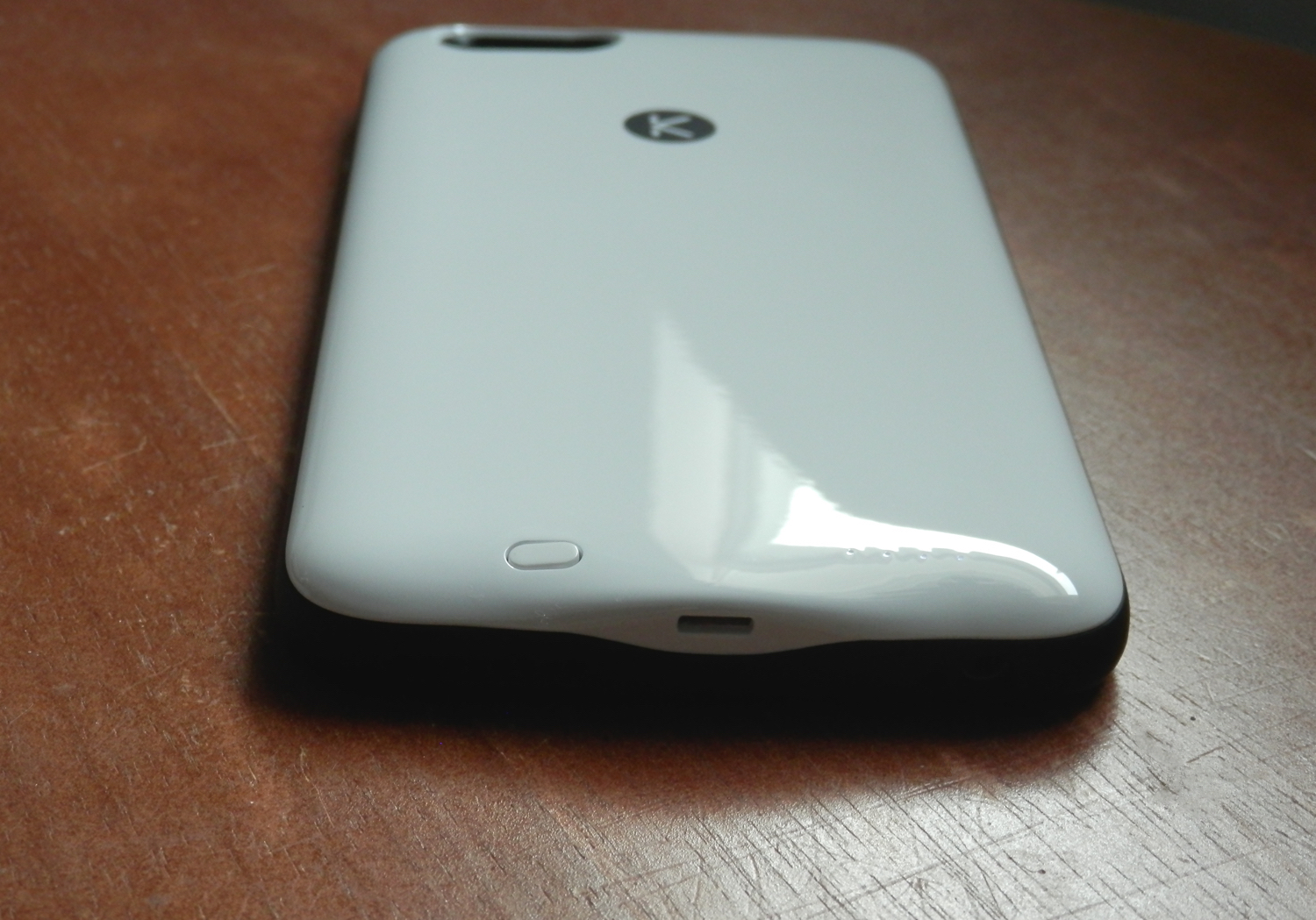 Pressing the button once quickly turns on the LED indicators. In our case, the battery isn’t quite 100% charged yet, so 3/4 lights are illuminated. 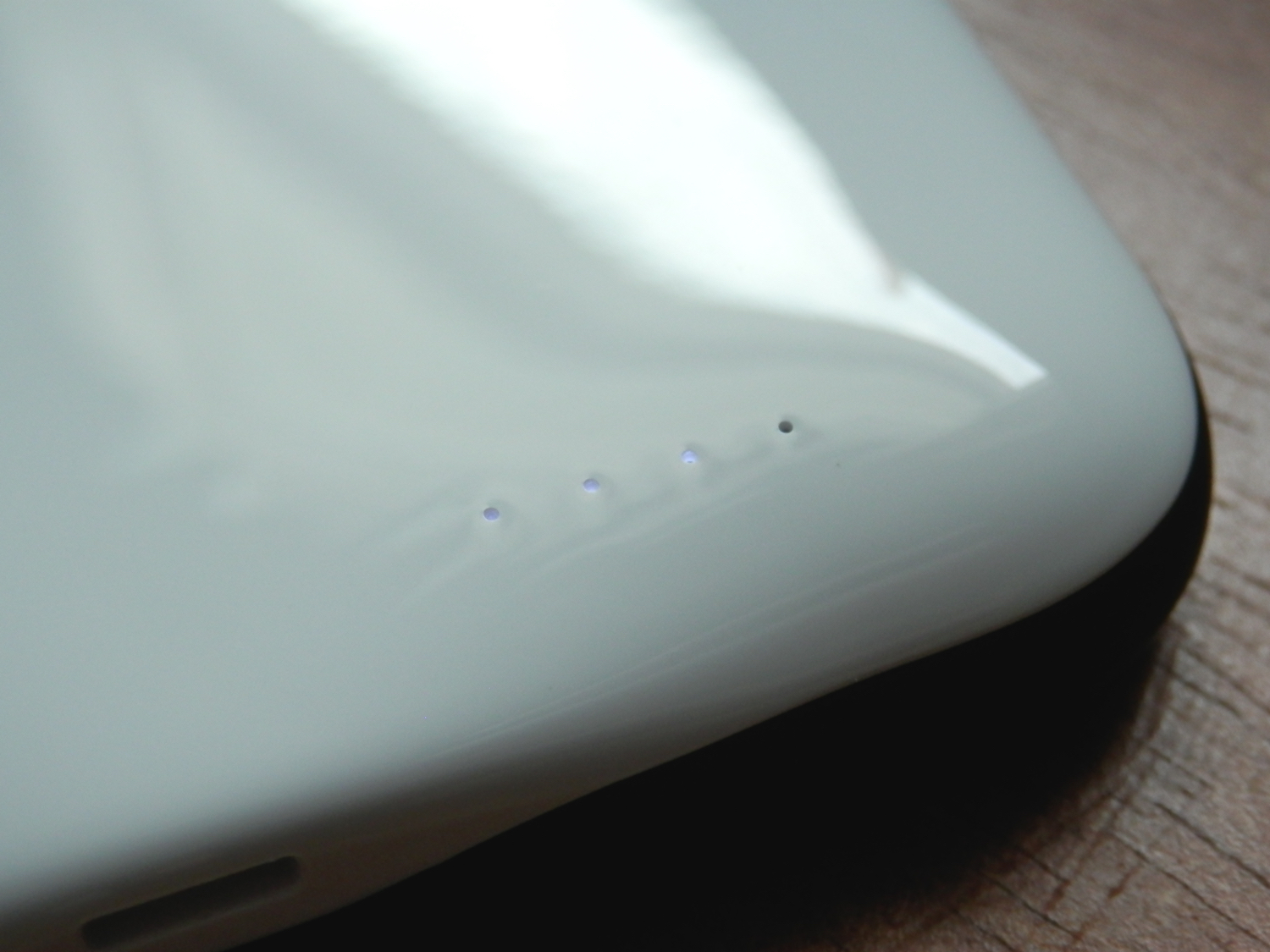 Here, you can see just how thin the KUKE is: 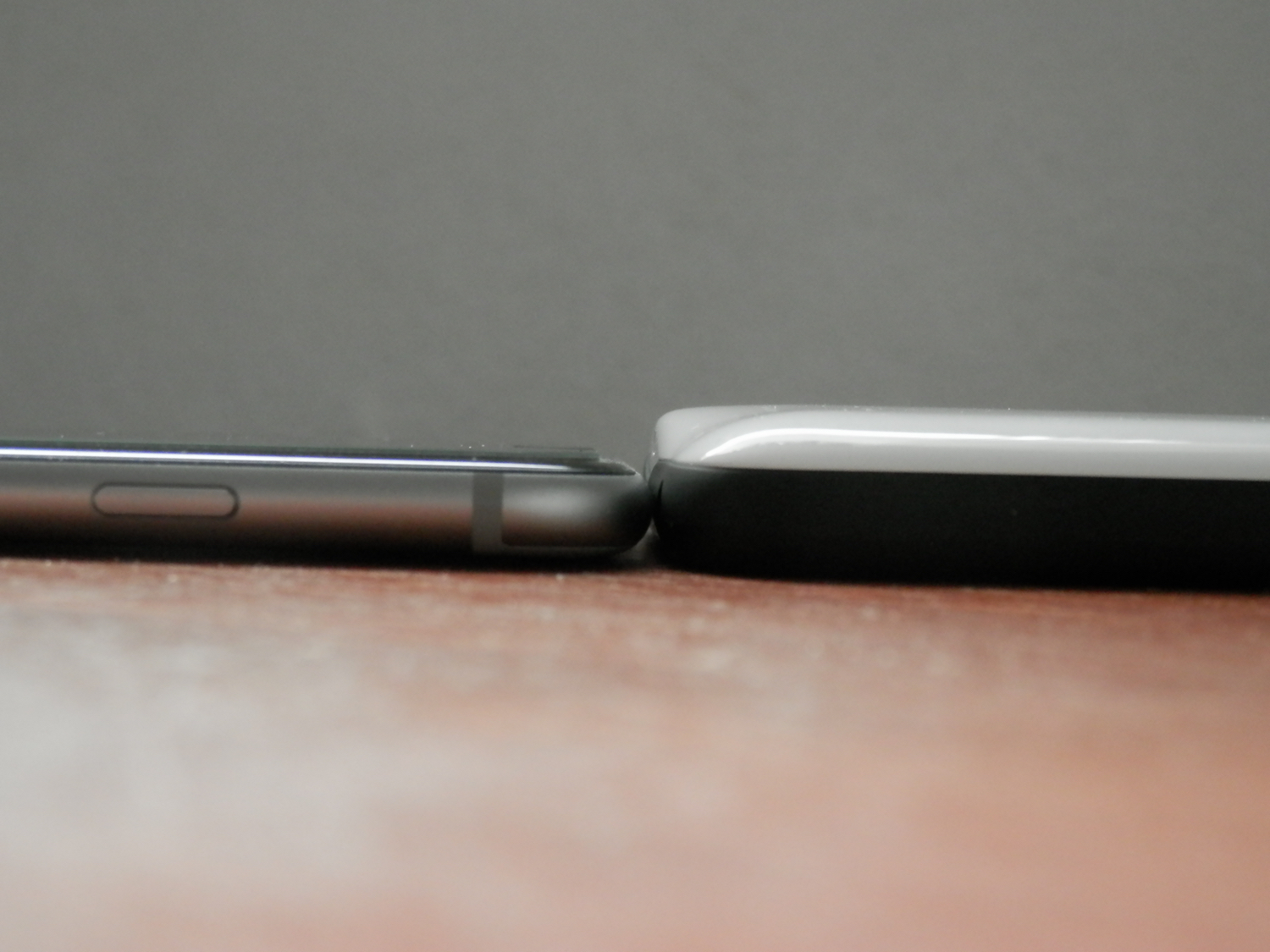 Setting up the KUKE

When you get your KUKE, you have to install some software on your iPhone to get it to work as expected. Without the software, you can still use the KUKE as just a battery case by using the hardware button, but the software is what unlocks the storage capability and more.

After plugging it in and turning it on for the first time, your iPhone will ask you to “Trust This Computer” because it really is a computer. The built-in storage chip needs to be trusted by the iPhone in order for the iPhone to write to the storage. So you can tap on the Trust button when you see it:

You will now be prompted to install a Configuration Profile from the KUKE. iOS may prompt you for your passcode for permission to install the profile, so go ahead and enter it. You will need to allow the profile to use the KUKE to its full potential: 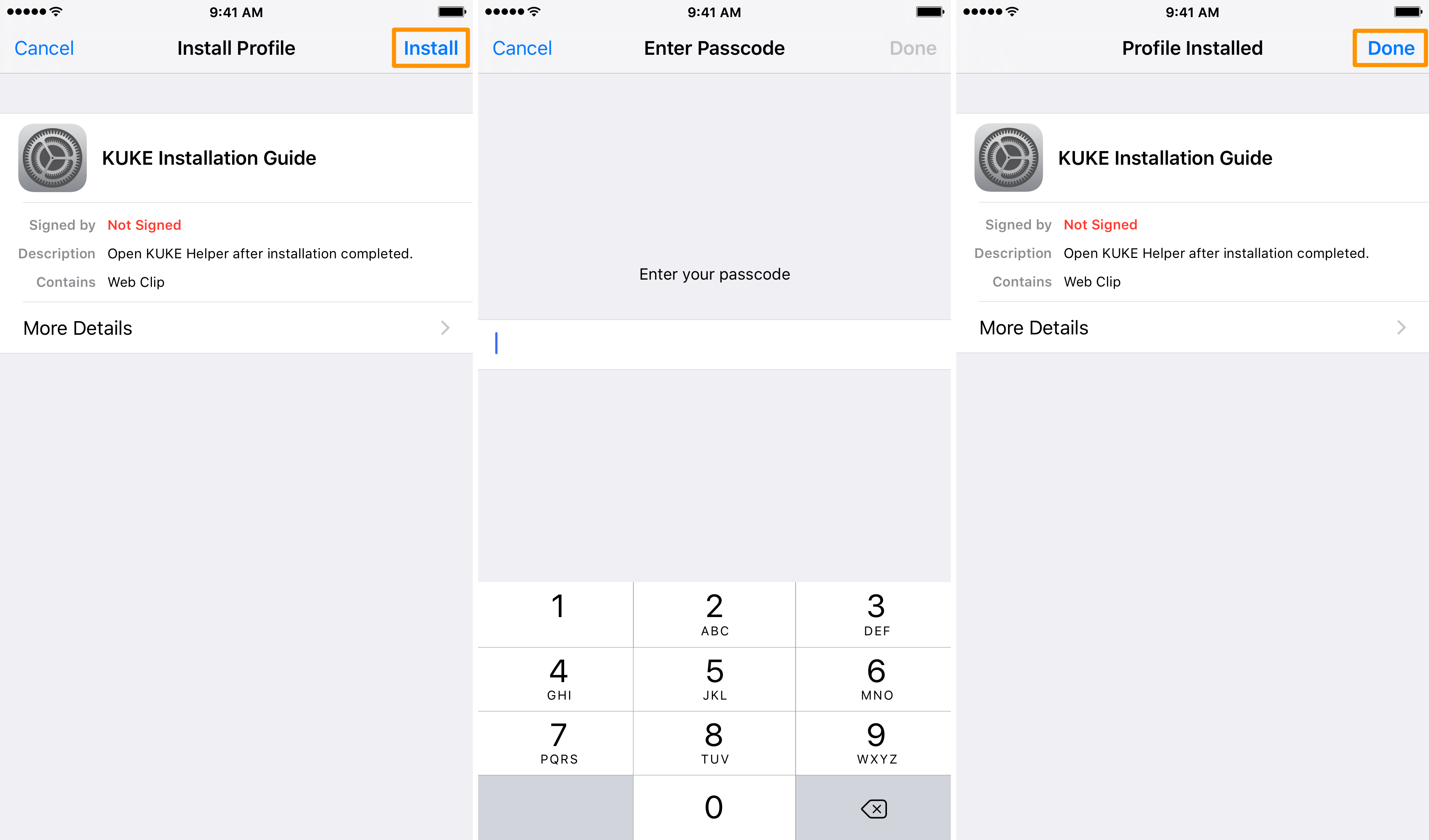 This will add a KUKE Helper app to the Home screen. Launching the app will take you to the app installer in Safari. 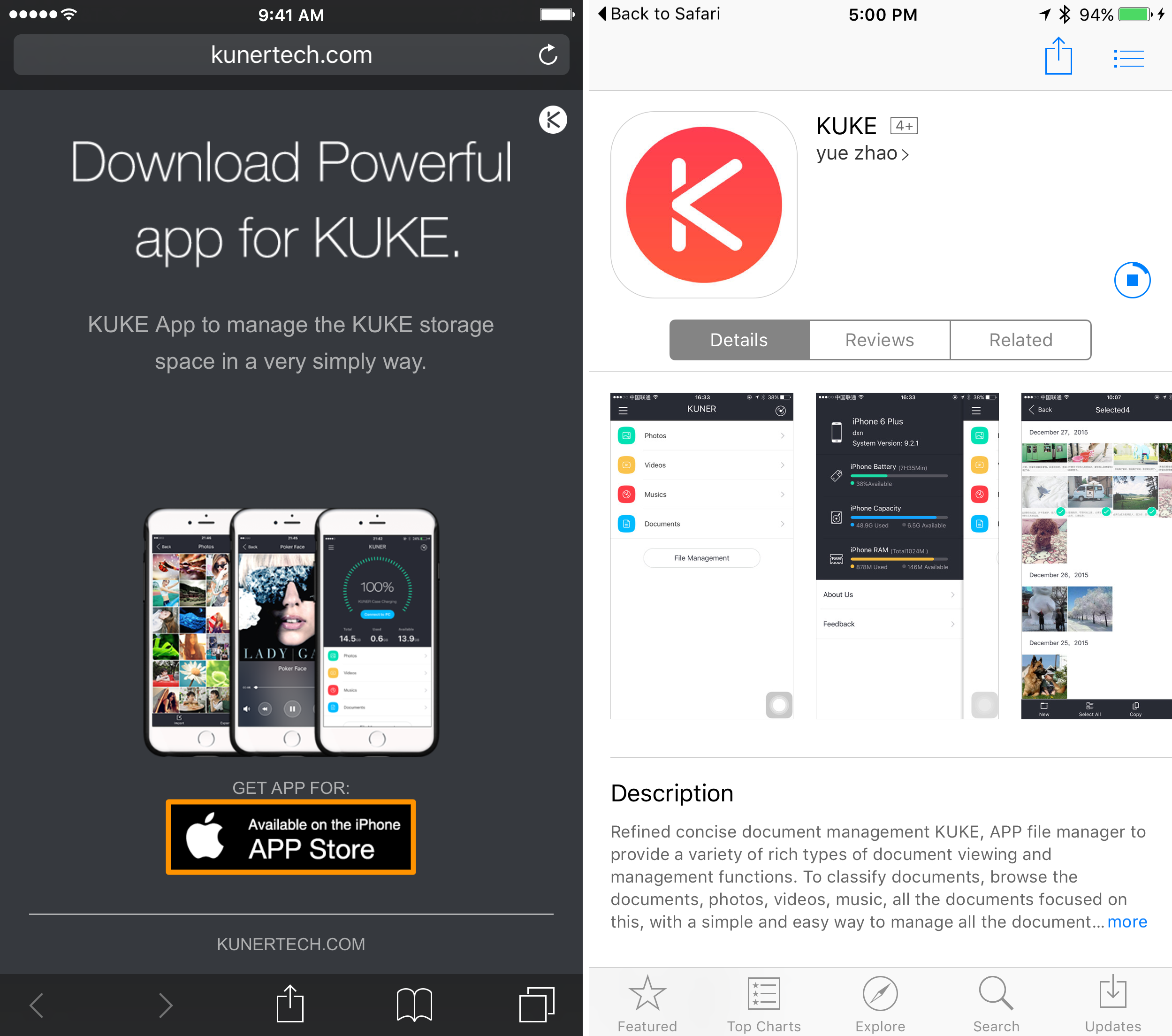 Now you’ll have two apps – the KUKE Helper and the KUKE app. You can put the KUKE Helper into a folder and forget about it, but you can’t delete it. The KUKE app is an app you’ll use regularly, so put it somewhere you’ll be able to get to it easily:

Launching the KUKE app takes you to an interface where you can look at the status of your KUKE’s charge, view iPhone battery, iPhone capacity, and iPhone RAM information, and manage all of your KUKE’s external storage files. 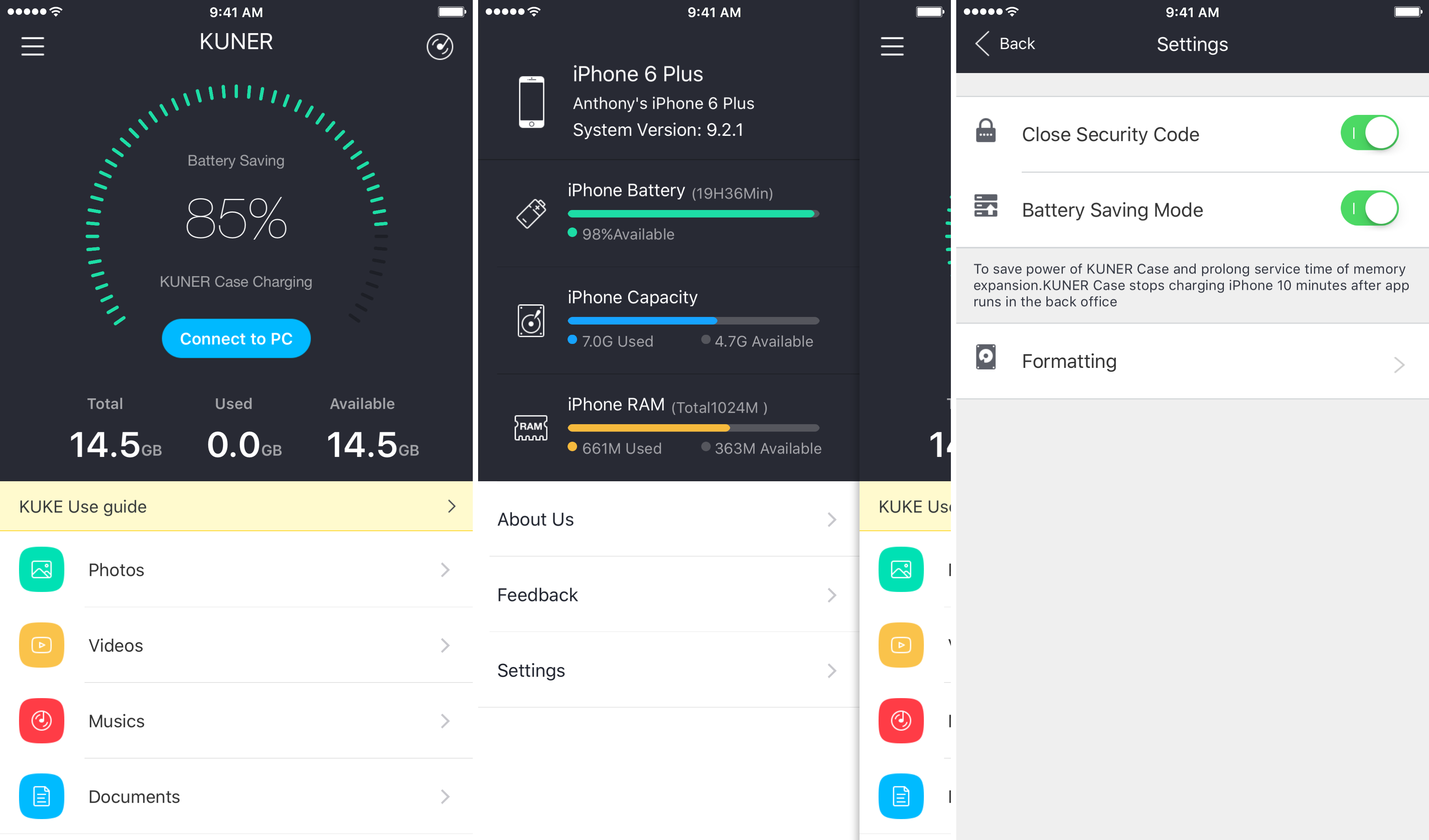 My thoughts on the KUKE

The KUKE by Kuner Tech is a great battery case for the price. I’m very excited over the fact that the case is slim and that it lacks that annoying bottom lip that many battery cases have. Moreover, it’s got a better overall look and feel than Apple’s Smart Battery Case, and the built-in storage gives those who bought too small of a storage capacity a second chance to store all their media and documents.

Although I’m typically skeptical over installing third-party profiles on my device, the KUKE depends on this functionality to provide its users with additional storage space. The complimentary app is even included to let you access that storage and view additional information about your iPhone. The app itself does a nice job of organizing your documents and media by type, and makes it easy to access your stuff.

The battery itself gives the iPhone an extended battery life. After my iPhone reached 50% battery, I turned on the KUKE and it charged up to 100%, leaving the KUKE with about 34% of its battery. With that being said, it packs quite a bit of juice that can be useful for even an iPhone 6s Plus, where the battery can already last about two days.

The KUKE is a very affordable battery and storage case solution with some real advantages when compared to the current market. The cons list we’ve mentioned above is really small and the workarounds really aren’t that bad. You can pick one up on Amazon for as little as $64 and never have any battery or storage issues with your iPhone again.

What are your thoughts on the KUKE? Share in the comments below!