Most of you probably use a Wi-Fi network on your iPhone, iPad, or iPod touch, and some of them may even require a password to gain access to.

Have you ever been in a predicament where you’ve needed to use someone’s Wi-Fi network and they wouldn’t tell you the password for it to your face, but they had no problem typing it in for you so you could use the network without knowing what the password was? Or, have you just plain forgotten the password to one of your most-used networks when you have a new machine or device you want to use to connect to it?

If you’ve been in either of these situations, then a new jailbreak app called Wifi Passwords List, which is a free download from Cydia’s BigBoss repository, could be of use to you. It’ll show you the password of any secured Wi-Fi network you’ve ever used on your iOS device.

Also read: How to find a Wi-Fi password on Mac

With this app installed on your jailbroken iPhone, iPad, or iPod touch, every password-protected Wi-Fi network you’ve ever joined (old and new) is logged. You’ll be able to launch the app at any time from your Home screen to see any of the passwords to any protected Wi-Fi networks you either forgot, or didn’t know from the start. 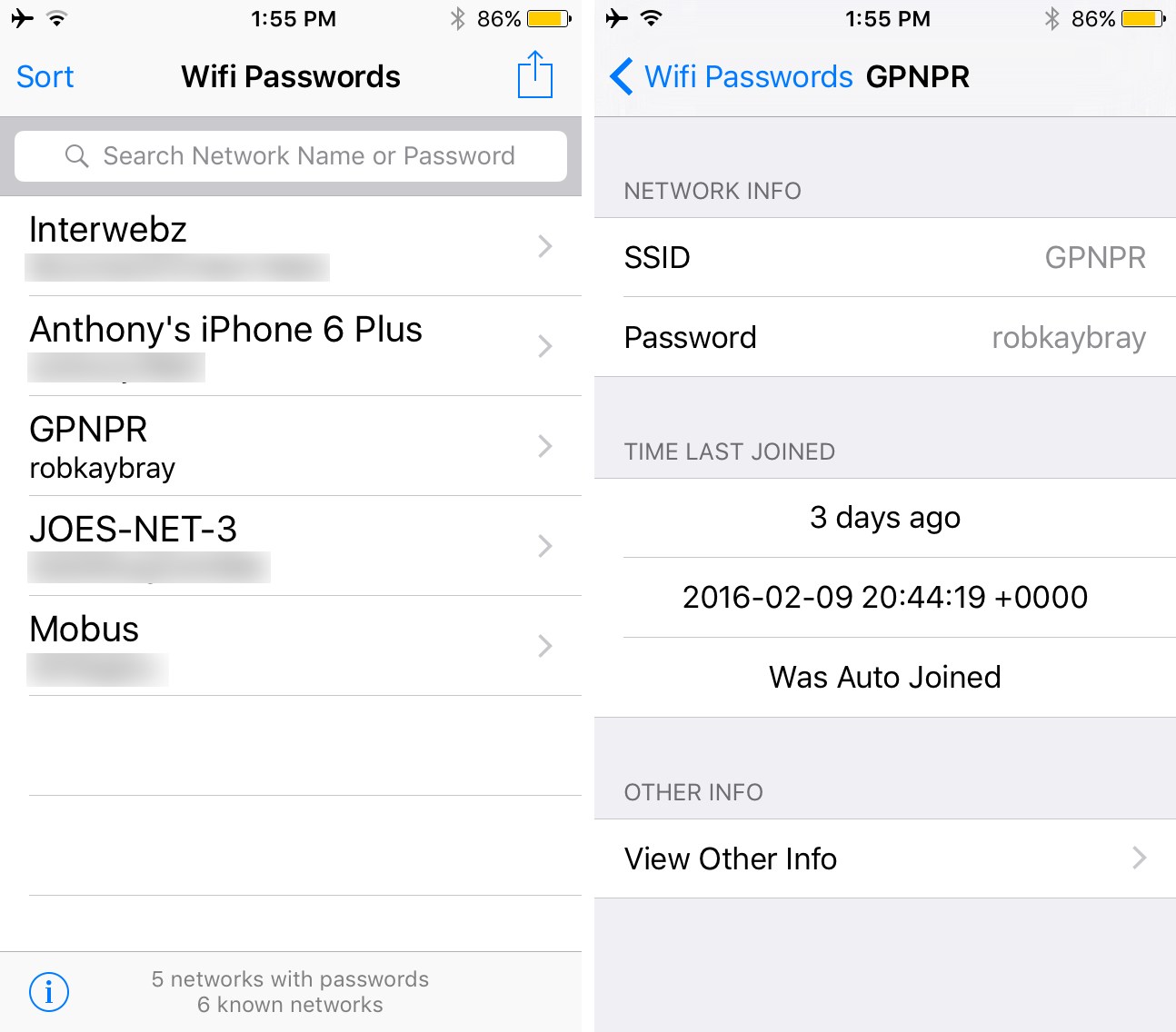 As you can see, the SSID for each secured Wi-Fi network is displayed in the list, and then the password is listed directly underneath the SSID. You can even tap on a network to view more information about that Wi-Fi network, including:

You’ll also see a cell labeled “View Other Info,” which includes some other interesting information when you tap on it. 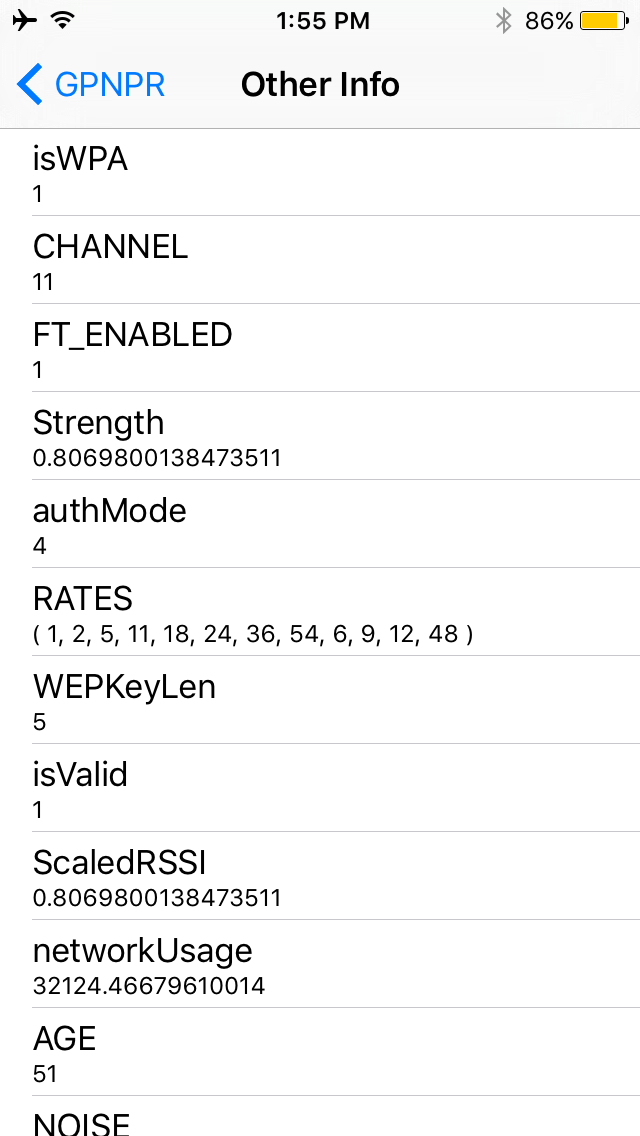 Some of the information listed here, which is going to be difficult to understand for some regular users to make sense of, includes:

This more advanced information is intended for wireless tinkerers who want to know more about the networks they’ve joined, but for the average user, just the ability to see the network name and password associated with it is going to be enough.

In a scenario where you’ve forgotten one of your passwords, you can use the app to refresh your memory and enter the same password on another one of your devices. But this app is also useful if someone entered the password for you and then refused to tell you what it was because now you’ll be able to look back on it and connect any other devices you may have to that same Wi-Fi network.

I can definitely see where the app could be useful in some situations, but you should be mindful that if you’re only going to be using it to get around someone’s wariness of letting you know their Wi-Fi network password, then you’re probably using the app for the wrong reasons. After all, the person may have had a good reason to keep the password from you.

On the other hand, I’ve joined plenty of secured Wi-Fi networks at my friends’ houses where they’ve given me their password and welcomed me to use it, but when I get a new device and don’t remember what the password is, I need a way to refresh my memory to log on with my new device. Although I could just ask them again, sometimes they don’t even remember their own passwords and don’t remember where their password book is.

The additional information you get to see, such as the last time you used a network, the signal strength, and the wireless channel all could be useful information too, but I feel these features are less useful for regular users and are far more useful for advanced users who actually do wireless surveys or want to configure their network so it doesn’t conflict with others.

Remember to use this app responsibly and not to take advantage of the Wi-Fi network owner. They can easily change their password on you to revoke your access if they find you’re using too many devices on their network without their permission.