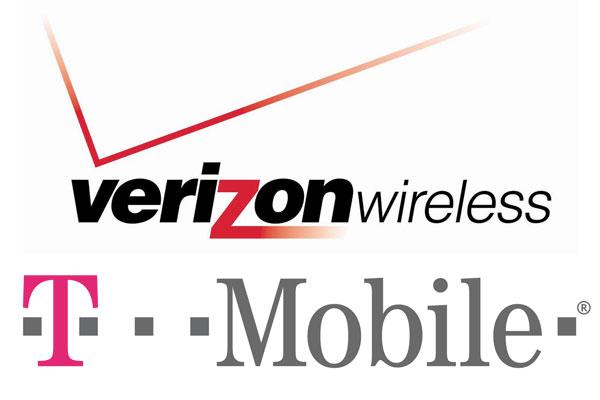 With Black Friday coming later this week, the various carriers are unveiling their plans for the big sale. While the big four (AT&T, T-Mobile, Sprint, and Verizon) all have various deals, only T-Mobile and Verizon have really good offerings for existing customers, including free data.

Verizon is offering existing customers an additional 1 GB of data for two billing cycles, while T-Mobile is giving all customers unlimited data for three whole months. These deals start on different dates, so head into the story to see how to get them and where.

If you’re an existing Verizon customer before this Wednesday, you’ll be eligible for the following deals:

If you are an existing T-Mobile customer by the end of the day on November 23rd (today), you will get three months of free unlimited data. This applies to all of T-Mobile’s post-paid customers, including businesses. Once you use up your normal amount of allotted data and your Data Stash, the unlimited LTE speeds will automatically kick in.

Unlike Verizon, who requires manual activation, T-Mobile will automatically be giving their customers the unlimited LTE bonus on December 1st. No logging in, calling, or going to the store will be required. This bonus will last as long as customers remain on their existing T-Mobile plans with Binge On active until March 1st, 2016.

There are a few caveats though. Unlike T-Mobile’s normal Unlimited LTE plan, customers will not be eligible for either the free Vudu movie rentals or tethering. It is unclear if you will also be subject to T-Mobile’s other unlimited limitations, such as a soft cap when using more than 21 GB of data. If the network is busy and you’ve used more than 21 GB of data, normal unlimited customers are de-prioritized until the network is no longer busy or they leave the area. That will probably be revealed once people start to use that data.

T-Mobile also says they have other deals coming for customers of other carriers, including AT&T, Verizon, and Sprint. Those will start next week, with each carrier getting its own deal per week. So we will be on the lookout for those as they come out.

Sprint is also offering some pretty good deals, but not any free data. But they are still excellent offerings, such as a free TV or Amazon Prime. These deals apply both to existing and new customers, and they will be available only on Black Friday:

So if you want any of the deals, be sure to grab them when they arrive. T-Mobile customers will get them automatically, while Verizon customers can get these deals on Wednesday. Sprint customers able to get their deals on Friday. Will you get any of these deals while they last?