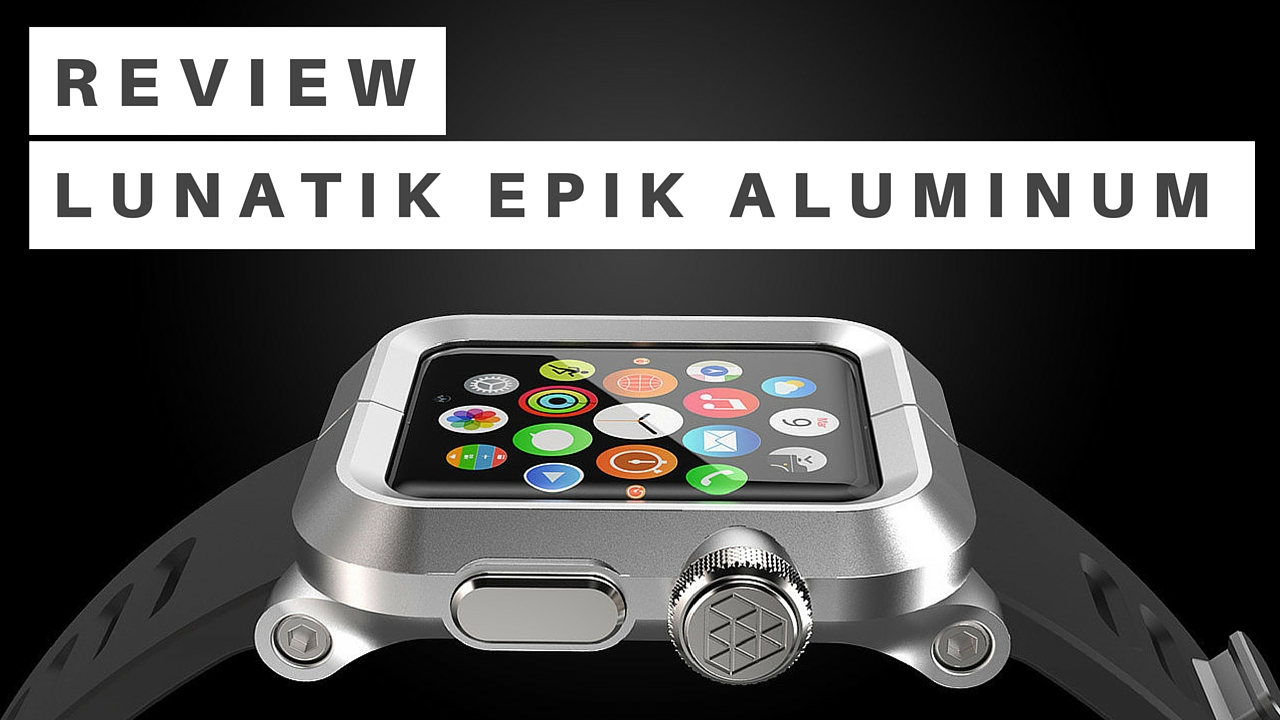 I would argue that it was the LunaTik and TikTok watch kits for the iPod nano, not the Pebble, that sparked initial consumer interest in smartwatches. Two years before Pebble’s Kickstarter debut, the two kits garnered $1 million on the crowdfunding site from folks who wanted to wear their nanos on their wrists.

Fast forward to this summer, and Minimal, the company responsible for those kits, returned to Kickstarter with a similar accessory for the Apple Watch. It’s called the LUNATIK EPIK, and it’s a premium case and strap solution, that offers rugged protection for Apple’s [42MM] smartwatch in a handsome package.

The EPIK consists of a 2-piece case, which fits around a strapless Apple Watch, and a proprietary band. The case features extra-large bezels to protect the screen from impact, covers for the Digital Crown and side button, and it fastens securely around the Watch with a pair of screws. The band attaches to the case via the same screws, and fastens around your wrist with either a buckle or clasp, depending on the model. 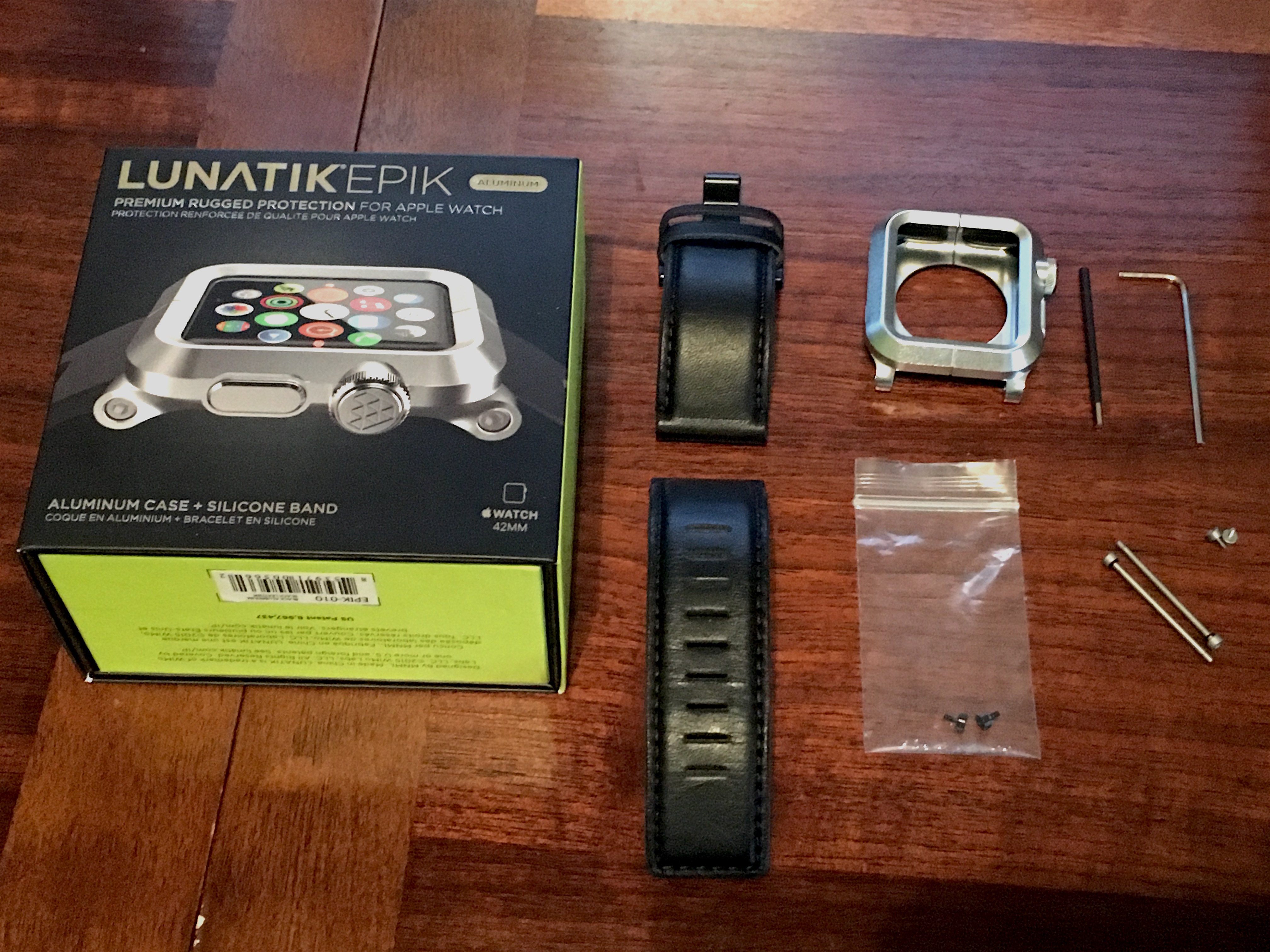 Currently, the EPIK is only available for 42MM Apple Watches, but it comes in a multitude of combinations. The case is made of 6000 series aircraft-grade aluminum and is available in both black and silver anodized colorways. The strap can be either leather, aluminum or silicon, and it too comes in multiple colors.

I received two EPIK Watch Kits for testing: one with a silver case and black silicon band, and one with a black case and leather band. Due to personal preference, I ended up using the black case with the black silicon band, so my review is largely based on this combination. There is also a polycarbonate version of the case available for a much more affordable price, but I didn’t get to review it.

What comes in the box: a 2-piece case, a 2-piece band, the necessary screws (including 2 backups), and a pair of installation tools.

Some folks will obviously disagree with me, as everyone has different tastes, but I think the EPIK looks extremely sharp. It reminds me of a Casio G-Shock, in terms of size and utility, and it goes great with both casual and formal attire. In my opinion, Minimal’s designers got all of the details right here, from the premium feel of the aluminum case to the tactile feel of the button covers—in fact, I actually prefer using the Digital Crown with the case on, as it makes the dial bigger and easier to scroll. There are also openings for the charger, heart rate sensor and speakers here, so the case does not impede any of the Watch’s functionality. 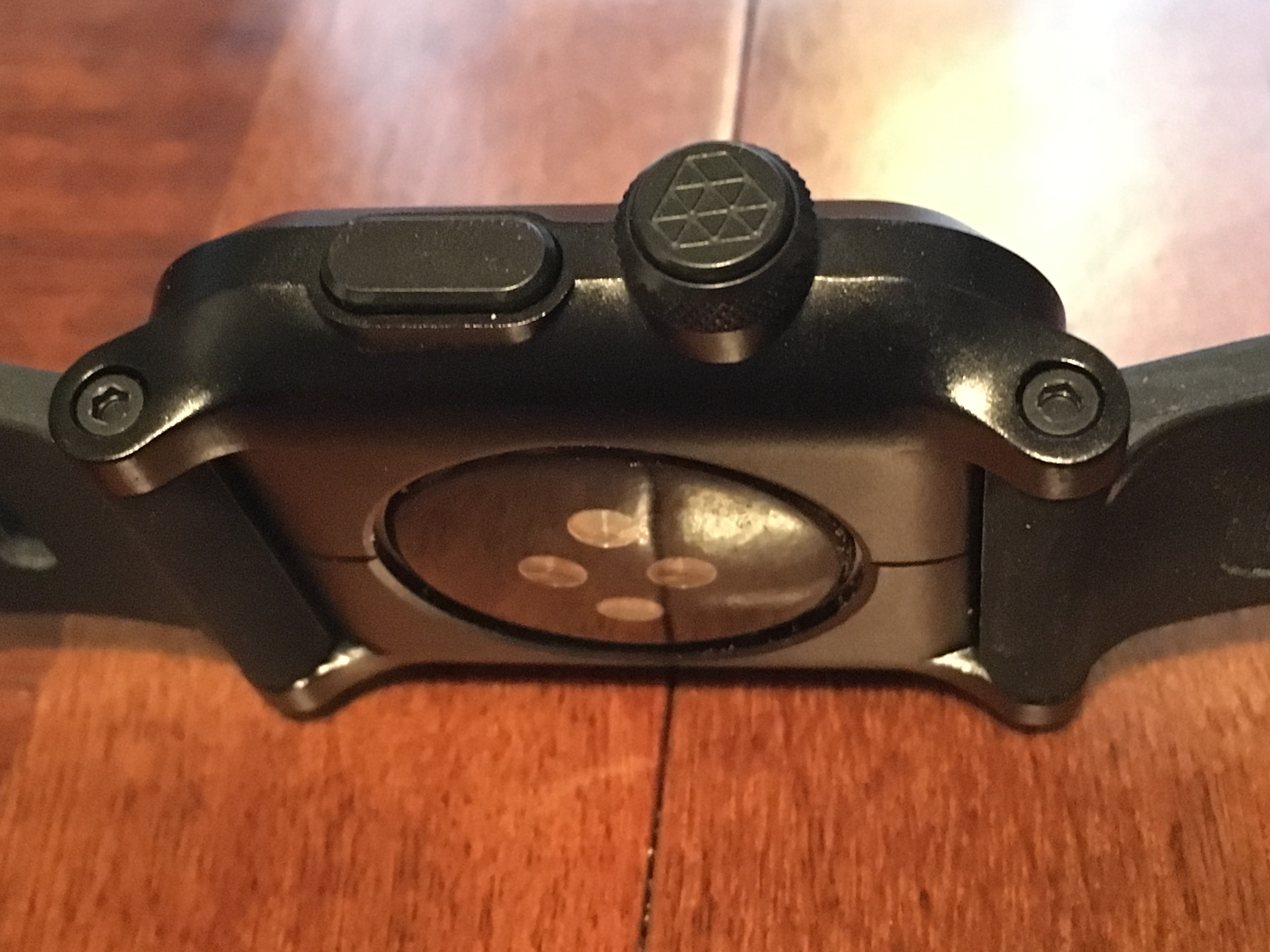 As for the bands, I’ve found both the leather and silicon straps to be extremely comfortable and durable. I only wore the leather one for a few days, so I can’t really speak to its long-term performance, but I’ve been wearing the silicon band every day for nearly two weeks without issue. The buckle is large, but not unwieldy, and the locking cap helps keep the band securely in place. Remember, these guys have been in the watchband business for more than 5 years, so they’ve had plenty of time to hone their craft.

In addition to being good-looking and well-made, I found the EPIK to be very rugged as well. Now I wasn’t able to take it out snowboarding, or use it in other extreme conditions, but I have put it through its paces. I’ve worn it while doing things like working out, running, playing golf, and wrestling with my 100-pound lab—who has a penchant for biting things—and my Apple Watch still looks brand new. This is why you buy a case like this, for protection, and the EPIK has it in spades.

My gripes with the EPIK begin with the installation. Although it took me less than 5 minutes to put the case and band on my Apple Watch, it’s still a complicated affair. You have to line up the holes for both the case and band, insert the screws, and use the included miniature tools to tighten them. The result is a very sturdy and secure feeling, which you want with something like this, but once you put the case on, it’s not something you’re going to want to take off anytime soon.

Another problem I have with the EPIK is its lack of waterproofing. When you get a rugged case like this, you expect some level of water protection, so you know that your Watch will be well-defended against all of the elements. I looked around for some info on this and the best I could find was on the EPIK Kickstarter page, which says it “offers protection against dirt and water.” I don’t feel like that’s good enough for a premium rugged case like this.

My final complaint has to do with the watch band. As I said before, I found it to be very comfortable and durable, but I get the feeling there may be a sizing issue for some folks. I have what I consider to be a medium-sized wrist, and I essentially have to decide between the band being just a little too loose or a little too tight. It’s a minor annoyance, that in the end doesn’t prevent me from wearing my Watch, but again it’s worth mentioning for a $100+ accessory.

My final verdict after spending some two weeks with the EPIK is that it works mostly as advertised. I don’t like the tedious installation process, or the fact that it’s not explicitly waterproof, but it looks great and does a great job of protecting my Apple Watch.

With this in mind, it’s very easy to recommend this product. If you like the way it looks, or if you are in need of a rugged case to protect your Apple Watch against the elements (except for water), you’re going to love the EPIK. If you don’t fall into either of those categories, then you may not need a case like this, or a case at all.

The LUNATIK EPIK Apple Watch Kit starts at $50 for a lower-end polycarbonate version, which you can find here. The aluminum models start at $140 and go up to $220 depending on which band you pick, and can be found on the LUNATIK website here.