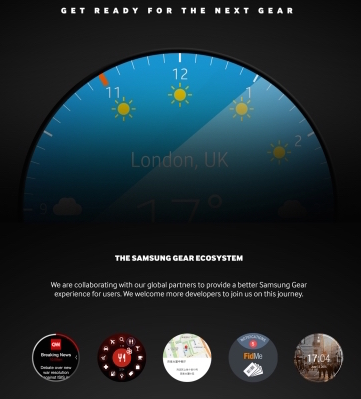 Samsung wants developer to remember there is actually a world outside of the Apple ecosystem. No, not the Android Wear world. The Samsung Tizen world! In a press release conveniently published on April 24 (it’s already tomorrow in Korea), Samsung is inviting developers to help build the next Samsung wearable prior to its launch.

Samsung Electronics Co. Ltd. today announced that members of global developer community can get an early access to the Software Development Kit (SDK) of the company’s next generation of the Gear device. The new wearable device will be the 7th generation of Samsung Gear with a wrist watch type. This is the first time that Samsung has released its wearable SDK to third-party developers before the official product announcement.

Looking at the invite, it seems Samsung decided to go the round route for its upcoming wearable.

The company notes this is the first time it’s released its wearable SDK to third-party developers, which clearly shows Samsung doesn’t want to go away from Tizen in favor of Android Wear.

Developers, this is your chance to get your work featured on a device that has sold dozens of units in the year past.