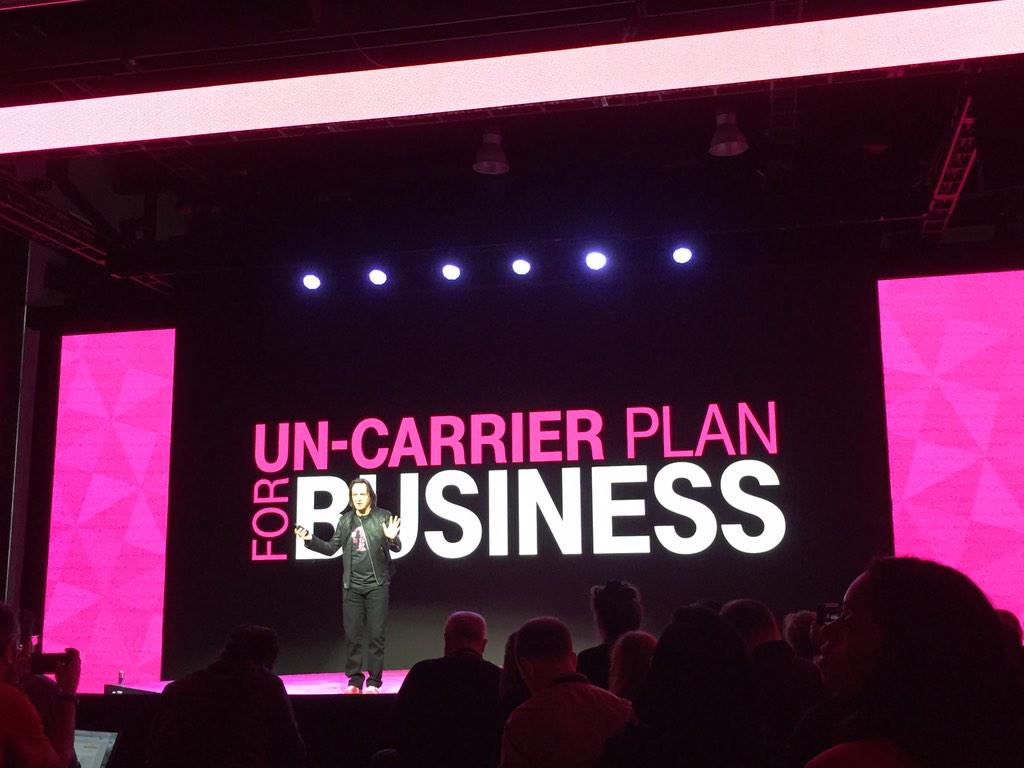 T-Mobile has announced its Uncarrier plans will now extend to small business accounts, as it looks to take on larger carriers AT&T and Verizon, who cover most of the business wireless accounts across the US.

With a Red Bull and f-bombs aplenty, non-traditional T-Mobile CEO John Legere just announced at an event in New York its business plans are up to 40 percent cheaper than rival offerings from AT&T and Verizon Wireless.

The way business accounts at T-Mobile are set-up is relatively simple.

Companies that choose to buy more data per line will receive a free .com domain through a T-Mobile partnership with GoDaddy, and additionally, will receive a .com email account powered by Microsoft.

Business owners can pay additional fees per line or shell out money for a pool of shared data that costs $4.75/GB.

“T-Mobile’s new business offerings should be very popular with smaller businesses, which buy services very much like consumers, with the buyers being office managers or business owners rather than professional IT directors,”Jan Dawson, chief analyst at Jackdaw Research, said.

T-Mobile also took the event to announce a promotion to help you switch from a rival carrier.

While it already covers early-termination fees up to $650, now the carrier will buy out the equipment installment or leasing plans for customers willing to jump to its service. So if you’re using AT&T’s Next or Verizon’s Edge, T-Mobile will pay the remaining of the installment plan.

T-Mobile will also allow customers to sign an “un-contract”, guaranteeing them their Uncarrier plan won’t change and unlimited 4G LTE will stay unlimited for a “minimum of two years.” It’s essentially a contract that favors the customer and not T-Mobile.

More from the event in New York:

This is not a diving hail Mary pass for us, @JohnLegere says. We are growing like crazy. It's logical, planned growth.

T-Mobile can afford to go aggressive with pricing because it's attacking a business it doesn't have, @JohnLegere says.