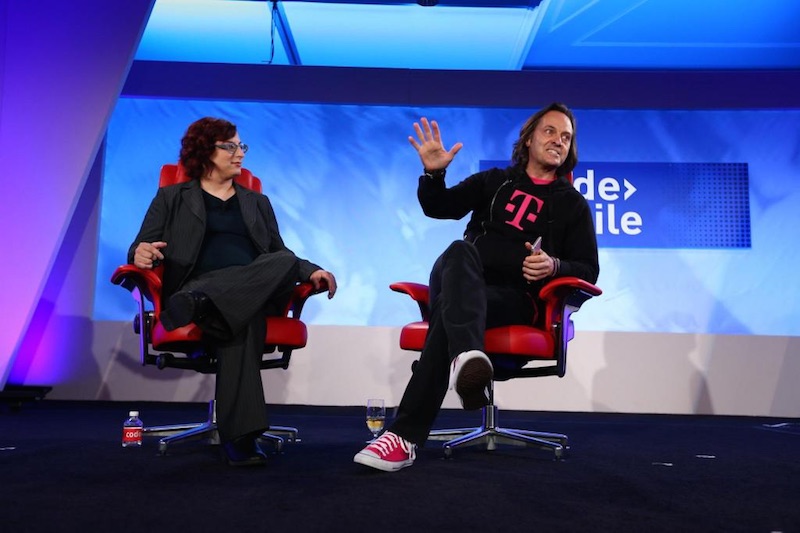 While T-Mobile and its UnCarrier strategy are great for customers like you and me, apparently it’s not the best for business.

Tim Hoetthes, CEO of T-Mobile US’ parent company Deutsche Telekom, said in an interview with Recode the company’s current path is unsustainable and something needs to change.

Currently $4 billion to $5 billion per year is being needed to keep T-Mobile afloat, due to the companies great, no-contract plans for customers. It’s exactly what the wireless industry needs, however it’s lead to five of the last six quarters the company has lost money.

“The question is always the economics in the long term … and earning appropriate money,” Hoettges said. “You have to earn your money back at one point in time.”

That’s why, Hoettges said, T-Mobile and Sprint would have been the perfect combination to be the ‘super-maverick’ in the US market. However, the US government didn’t think so and wouldn’t allow the third and fourth-largest carriers to merge.

Deutsche Telekom is not bullish on the future of its T-Mobile division in the US unless it can merge with another company to have more of a financial backbone. Deutsche Telekom hasn’t always had the most support for the company, wanting to offload T-Mobile to focus on its German properties.

“We have done what we had to do,”Hoettges explained to Recode. “We had built an infrastructure and this infrastructure had to get utilized and we did that with very aggressive promotions.”

T-Mobile, with CEO John Legere leading the way, has been trying to reshape the wireless industry by ending two-year contracts, and adding plans to allow customers to upgrade phones when they’d like, unlimited data, messages, and voice, and free data roaming in worldwide.

Its strategy has lead to great subscriber growth, just not the earnings numbers T-Mobile’s parent company wants to see.