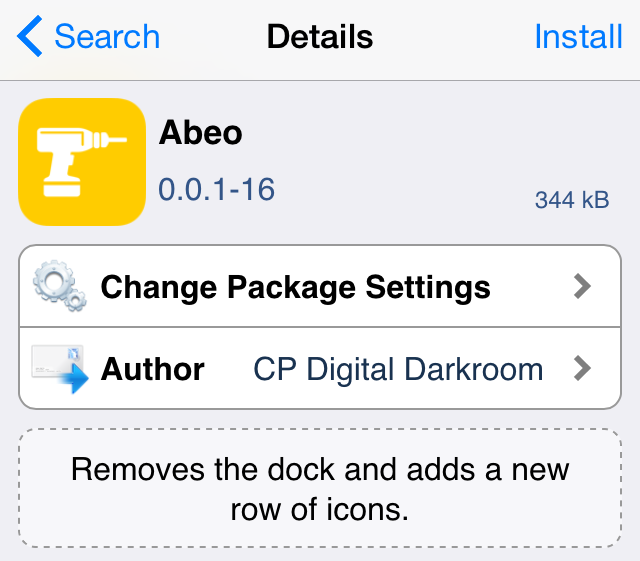 One of the useful features of iOS is definitely the dock, where you can place your four favorite apps to access them quickly, no matter which page of the Home screen you’re on. If you ever wished to get rid of the dock, you should definitely check out a solid new tweak called Abeo.

The tweak has just one purpose and it does it nicely. With Abeo, you’ll have the ability to hide the dock on your iPhone’s Home screen leaving space for other icons to fill in. The tweak doesn’t add a new row of icons, but rather increases the spacing between adjacent rows of icons to accommodate the empty space.

This means that the icons will move a little further down to fill in the empty space previously occupied by the dock, as can be seen from the screenshot below. For example, on iPhone 5s, the fifth row of icons will take the place of the dock. Although the tweak might sound appealing to some, it would’ve been better if it replaced the dock with an extra row of icons. 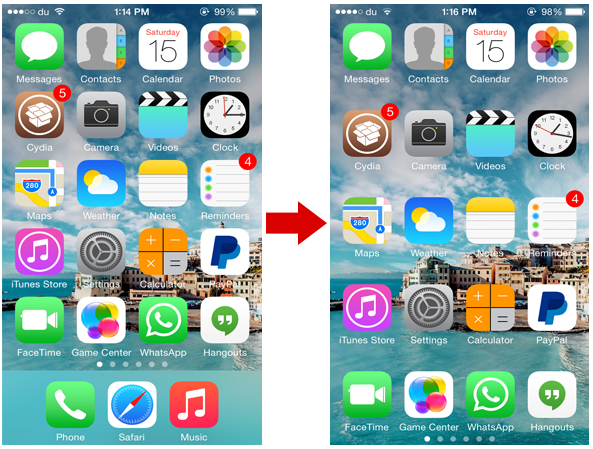 Abeo comes with no settings to configure and once you’ve installed it, you should notice the last row of icons taking place of the dock. If you’ve never been a fan of the dock, I’d definitely recommend that you give this tweak a try. It works flawlessly as advertised and is worth the try.

Abeo is available for free and supports iOS 8.x devices as well. To get your hands on it, you should first add the following repo to Cydia: http://repo.cpdigitaldarkroom.com .

What do you think of Abeo? Did you ever want to get rid of the dock on your Home screen? Leave your opinions in the comments section below.