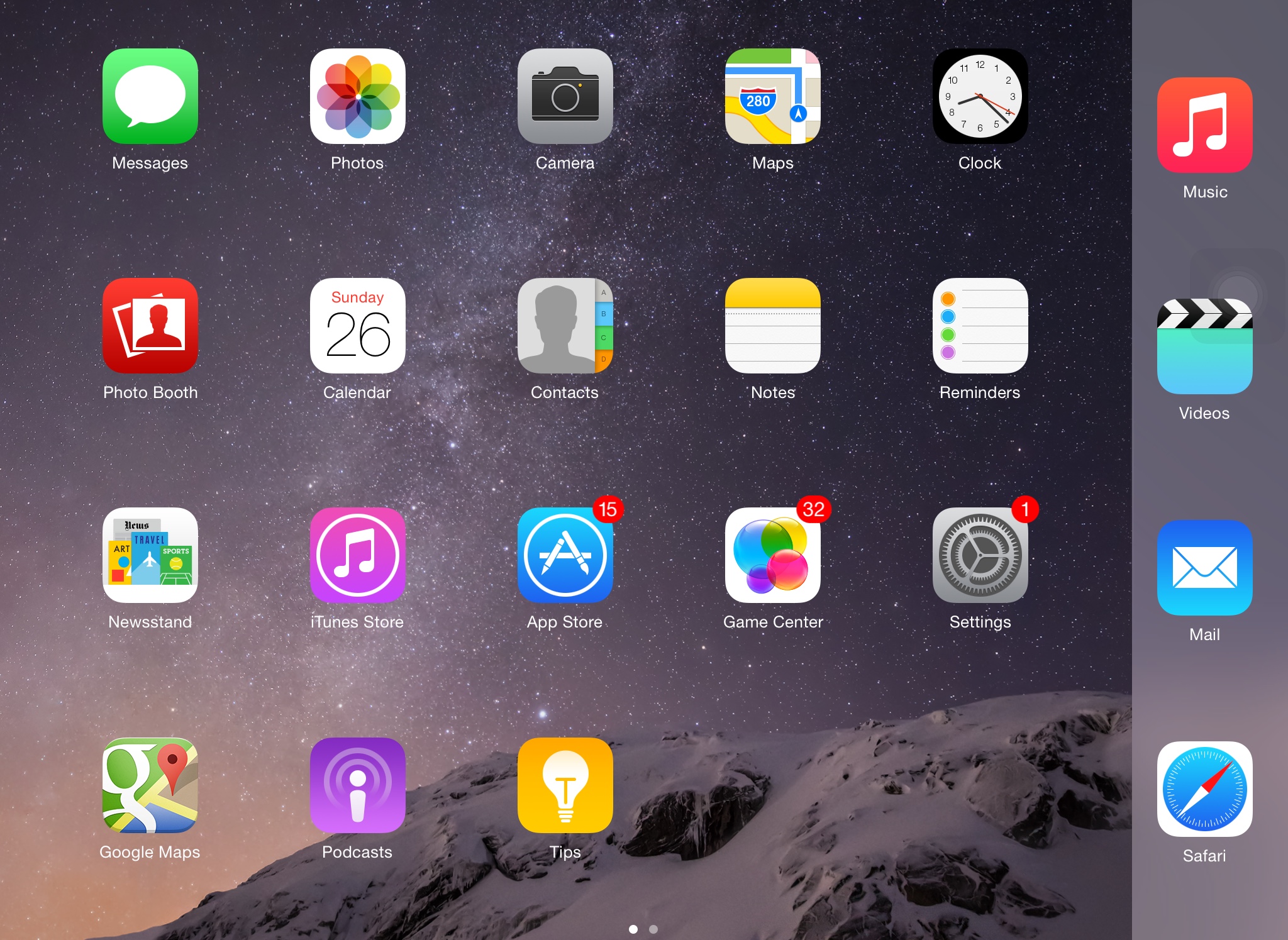 SBFlip enables Home screen rotation on unsupported devices, just like the iPhone 6 Plus. This means that you can rotate your Home screen from portrait to landscape mode on iPhone 6, iPhone 5s and older devices running iOS 8. The tweak also comes with two flip styles called Dynamic Dock and Stationary Dock.

In Dynamic Dock, the dock will remain at the bottom of the screen when you rotate it, just like the iPad. However, when Stationary Dock style is enabled, rotating your device will also rotate the dock, which means that the dock will appear on the right side of the screen rather than the bottom. Other than the iPhones, the tweak also supports iPad in case you want the dock to appear on the right side when the Home screen is in landscape mode.

Once you install the tweak, a new preference pane will be added to the stock Settings app dedicated to SBFlip. From there, you can enable or disable the tweak on demand as well as choose from one of the two dock styles mentioned earlier. You’re also required to respring your device for the changes to take place.

The tweak works perfectly on the iPhone 6 and replicates the landscape mode of iPhone 6 Plus’s Home screen. However, when I installed the tweak on iPhone 5s, the apps started to overlap one another.

Yet, if you’re interested to give this tweak a try and see if it works on your device, you can get it from Cydia’s BigBoss repository for free. As mentioned earlier, the tweak supports iOS 8 devices only.