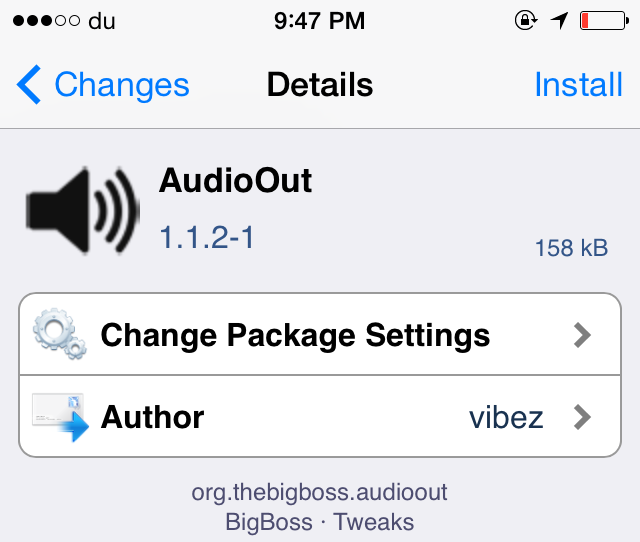 Normally, when you connect your headphone to your iOS device, it will start to output the audio from the headphone rather than the speaker and there’s no way you can switch to the latter. AudioOut is a brand new jailbreak tweak that aims to save your day by fixing this issue.

The tweak will particularly come in handy to those who have a broken headphone, but still want to continue to use the headphone’s inline remote control. At least you’ll put it into a better use. If you think controlling audio via the headphone’s controls is more comfortable than interacting with your device, then this tweak is for you.

Once you install AudioOut, it comes with a preference panel where you can enable or disable it on demand and use the external speaker along with the headphone’s control only when needed.

If you think AudioOut is a tweak that you’d want to try, head to Cydia now and purchase it for $0.99. The tweak supports all devices running iOS 7.