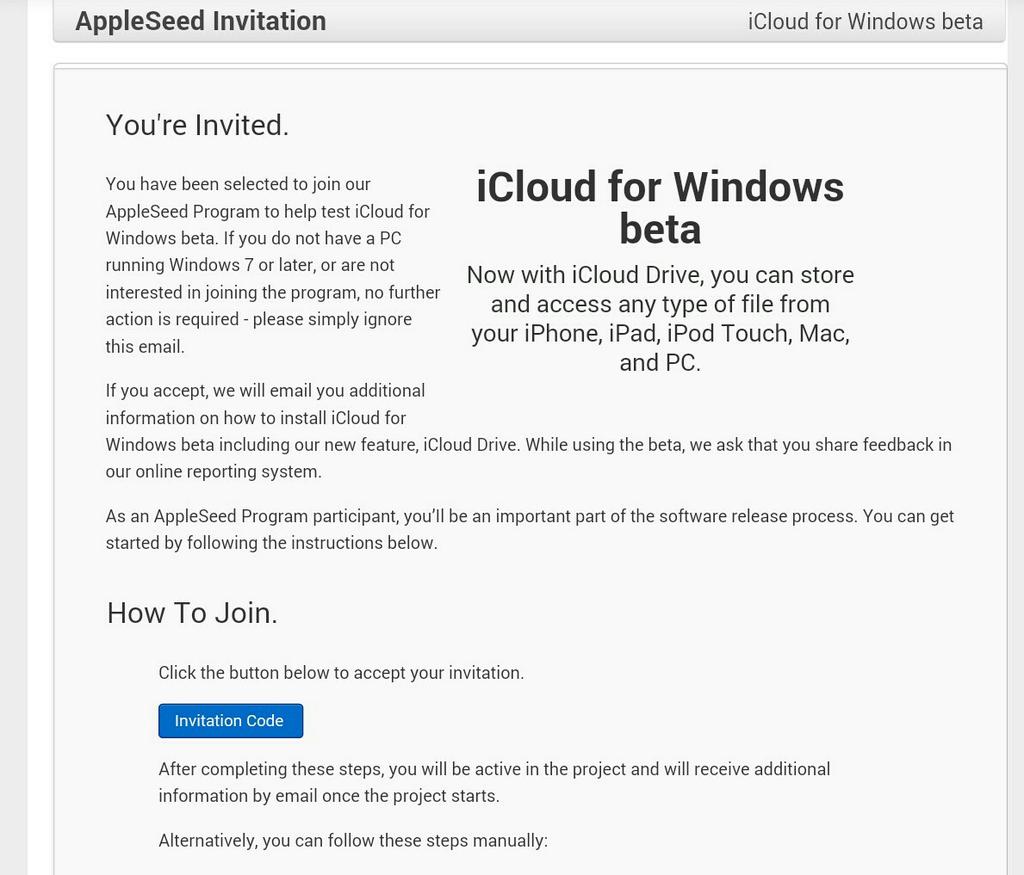 Apple has begun sending out invitations to AppleSeed members this afternoon for a new iCloud for Windows Beta. Introduced at WWDC in June, the app includes iCloud Drive, a new feature that allows you to store and access any file type from any iOS device, Mac or PC.

Apple first released iCloud Drive in beta form to developers back in June, and has since updated it a handful of times. Its functionality, however, has been limited to OS X Yosemite and iOS 8 users thus far, so folks running Windows machines are getting their first look today.

Since its release in 2011, iCloud has been criticized for its lack of file support and drag-and-drop functionality. iCloud Drive should finally appease those critics, and is expected to publicly launch alongside OS X Yosemite this fall. Earlier today, Apple seeded DP7 of Yosemite.