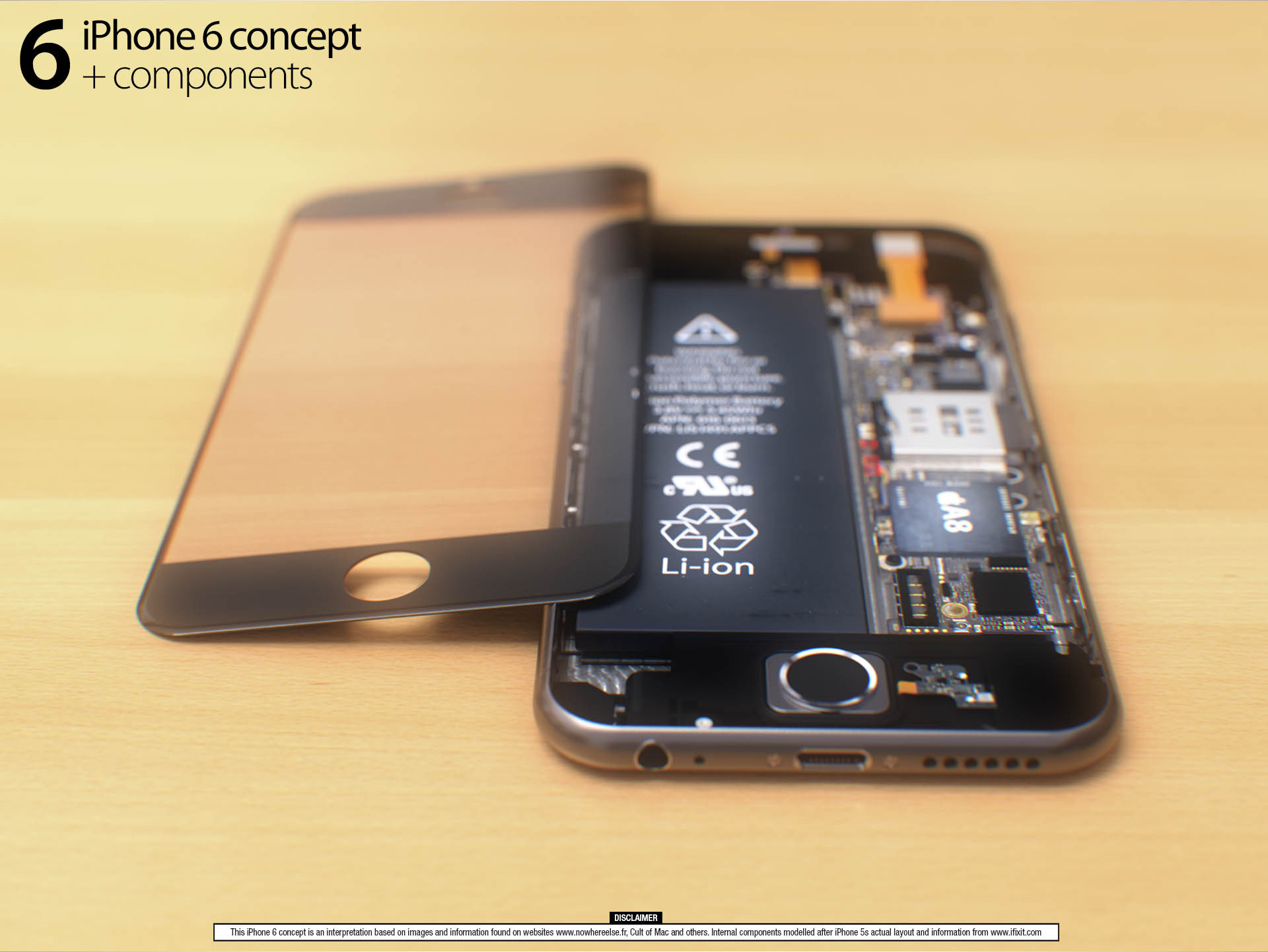 Expect iPhone 6 rumors to reach a fever pitch (as if they hadn’t already) over the next few weeks, as we inch closer towards Apple’s announcement. The update is supposed to be one of the largest in the handset’s history, so needless to say the anticipation is mounting.

The latest report regarding the device comes from VentureBeat, who claims that a well-informed source has given it a rundown of what to expect next month. Many of the features listed by the site match up with previous rumors, but there are a few new noteworthy bits…

Let’s start with the screen. VentureBeat is hearing that sapphire will not be used here, as previously rumored:

We’ve also heard rumors that the new screens will be made of ultra-durable sapphire glass. Our source says the screens are made of an extremely hard material that’s slightly harder than Gorilla Glass but not as hard as sapphire. That corroborates an earlier video report showing that the purported iPhone 6 screen is harder than previous models’ screens but softer than sapphire crystal.

As for sizes, the outlet says that Apple plans to unveil both a 4.7-inch and 5.5-inch model next month, but they won’t launch at the same time. The former will be ready to ship in mid-September, but the larger 5.5-inch model is likely to ship several weeks or a month later.

The report goes on to say that the iPhone 6’s A8 chip will run at a frequency of 2.0 GHz, providing a noticeable performance increase over the current A7 chip, which runs at 1.3GHz. The phone will also support faster Wi-Fi (802.11ac) and wireless (Category 6 LTE) tech.

A socket is reserved for a near field communication (NFC) chip that will make the new phones able to do mobile payments (finally), our source says. Apple will populate the socket with a chip made by NXP. The NXP chip’s element and radio reserve enough memory to encrypt, decrypt, and sign data packets coming from financial applications on the phone.

NFC rumors are extremely common in the run up to a new iPhone unveiling, but the chatter seems to be getting louder this time around. Apple is expected by many to launch a new mobile payment system in the near future, and NFC could prove instrumental in the project.

It’s worth noting here that VentureBeat has a pretty hit-and-miss track record—its recent report on Apple teaming up with Swatch for the iWatch was almost immediately shot down. So just be sure that you are taking in the above information with the usual grain of salt.

The good news is, we don’t have long to wait to find out what’s true and what’s not. It’s believed that Apple is going to unveil the iPhone 6 on Tuesday, September 9th.