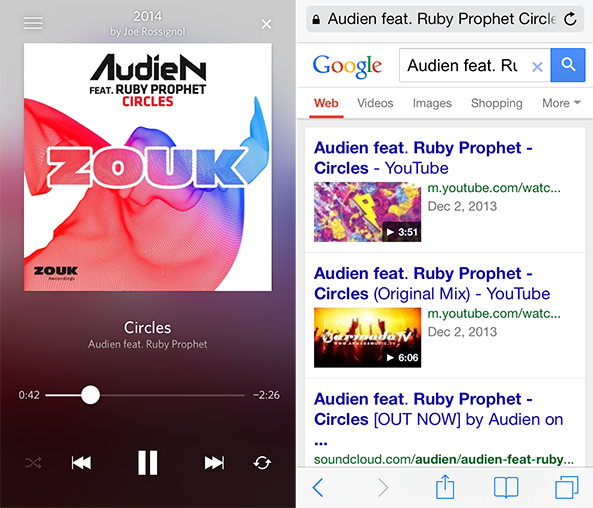 iOS 8 might be stealing a little bit of the thunder from the jailbreaking scene as of late, but the community is still going strong. MoreInfo is a new extension designed for use with Activator, the useful jailbreak tweak for assigning gestures to trigger common iOS actions. It allows for a quick in-browser search of the currently playing song or movie, with support for multiple search engines and several customization options. A full rundown of the extension follows…

MoreInfo allows you to set an Activator gesture to gather the currently playing media’s name and search for it across multiple sources. The supported search engines are: Amazon, Bing, DuckDuckGo, Google, IMDb, iTunes, Metacritic, Rotten Tomatoes, Ultimate Guitar, Wikipedia and Yahoo. Each search engine can be assigned a separate Activator gesture, and there are toggle switches to include the artist and album in the search query for each. 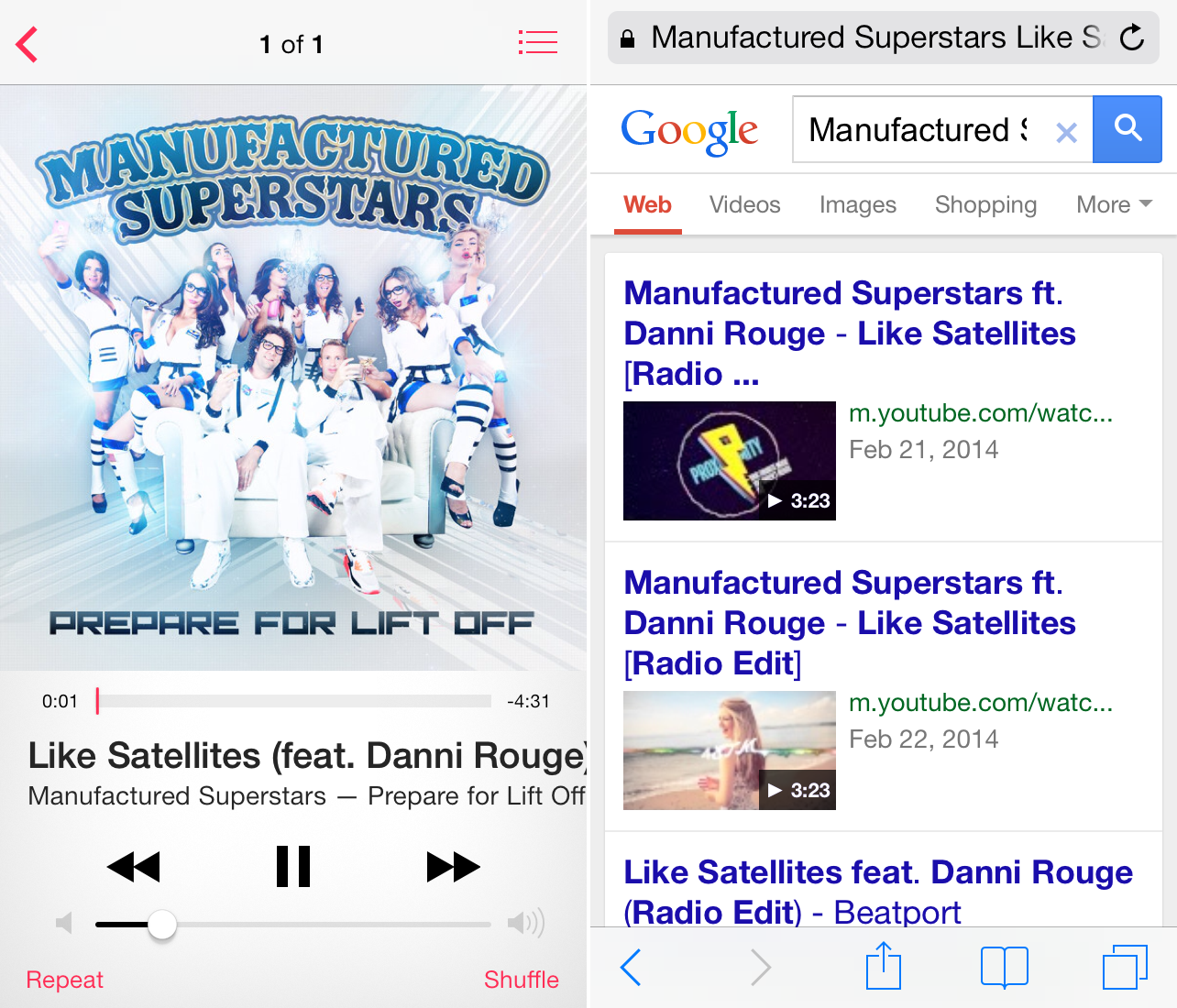 A few search engines have more specific options that can be configured, such as the default region on Google and Yahoo and the default language on Bing and Wikipedia. Aside from that, and much to my preference, that are no other settings to configure. As you may know, I’m a big fan of simplistic tweaks that deliver useful functionality on iOS devices. MoreInfo gets the seal of approval in that regard.

I tested the extension by assigning Google to triple tapping the home button. When a song is playing through the stock Music app, triple tapping the home button opens Safari with a Google search of the song name in place. I highly recommend toggling on the artist and album name to be included in the search, because the Google search results for a generic song name like Circles ends up showing you a Wikipedia page for the round shape. 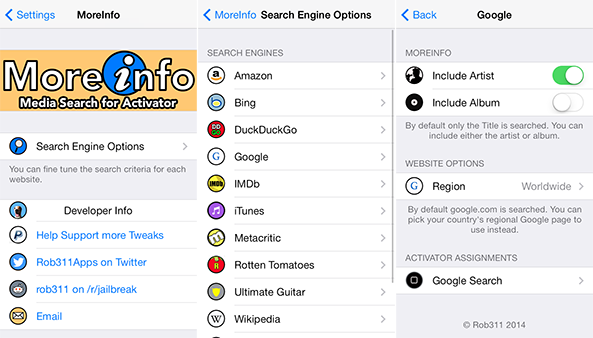 In addition to the stock Music app, MoreInfo supports third-party music apps like Spotify and Rdio. The extension is hooked into the Now Playing feature on iOS devices, so it actually supports virtually any music or video app. Another thing that I like about this extension is that it does not interrupt the song playing when a search is made.

MoreInfo for Activator is a lightweight tweak that has not impacted my iPhone’s battery life or performance. It has useful, customizable functionality that allows you to easily search for the song or movie you are currently playing, which is convenient if you are looking for lyrics or simply want to learn more about the single or album you are listening to. Overall, the tweak gets my recommendation and is worth purchasing.

MoreInfo is 99 cents on the Cydia Store.