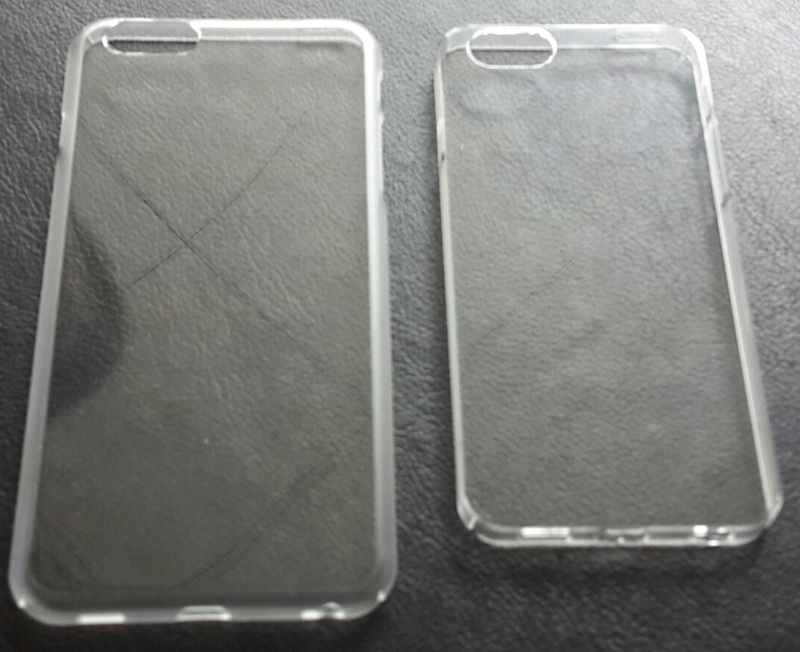 Most of the reports we’ve seen thus far regarding the iPhone 6 have pointed to two separate models: one with a 4.7-inch display and one with a 5.5-inch. It’s possible that Apple is simply testing two different designs, and only plans on releasing one, but the consensus is that both models will make it to market.

Adding evidence to that theory is a new photograph, which surfaced online earlier today, of what are supposed to be two iPhone 6 cases. It’s hard to tell how big they are, but it’s being said that they were made to fit new, larger iPhones, and there’s a mysterious cutout on the left-hand side of each of the cases…

The photo was first posted by MobileFun:

And Nowhereelse.fr spotted some interesting details:

Note that there’s no opening for the top-mounted sleep/wake button that has been on all previous iPhone models (2). Coincidentally, there’s a new button cutout on the left-hand side (1)—Ming-Chi Kuo believes Apple is moving the button to the side this year to better facilitate one-handed use of the larger devices.

Overall the cases match up with previous intel, as well as designs seen in alleged schematic drawings and case-maker models, but you should still take them with a grain of salt. We don’t want a repeat of the great ‘teardrop-shaped iPhone‘ fiasco of 2011, where we were misled by thousands of ‘iPhone 5’ cases, do we?

At any rate, we’re expecting Apple to unveil the iPhone 6 in September, but several reports have suggested the 5.5-inch version will be delayed a few months.