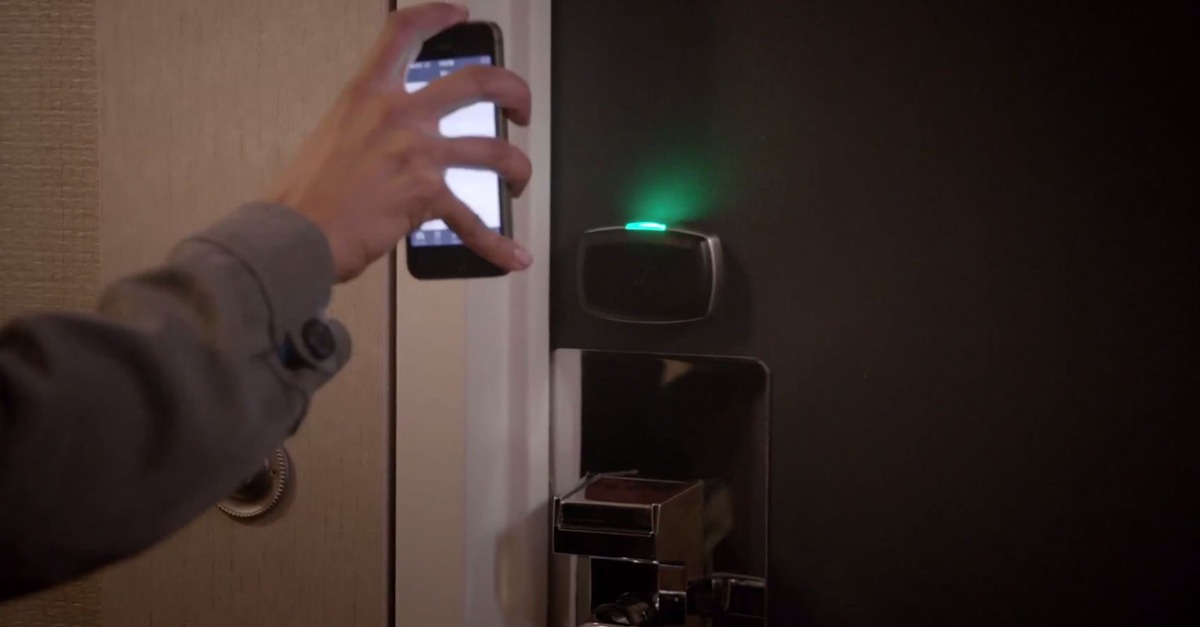 When a hotel clerk first hands you your room key card, one of the first things they usually say is “don’t put it in the same pocket as your phone.” They say this can cause your key card’s magnetic strip to malfunction, although some people question the logic behind it.

But this may not be an issue much longer. Starwood Hotels & Resorts has begun a new pilot program in two of its major hotel locations in Manhattan and Silicon Valley that does away with key cards altogether by allowing guests to enter their rooms using smartphones…

“Guests arriving at the Aloft Hotel in Manhattan or one in Silicon Valley will soon be able to do something hotels have dreamed about offering for years: walk past the check-in desk and enter their rooms by using a smartphone as a room key. […]

Guests at these properties will receive a message on a Starwood app containing a virtual key, which will unlock the door with a tap or twist of their phone through the use of Bluetooth technology. The company says the iPhone 4s or newer models and the Android phones running 4.3 or newer will be compatible.”

Starwood is hoping this will be one of the biggest technological changes in the industry since free Wi-Fi. Company CEO Frits van Paasschen thinks it could be the new standard, saying “it may be a novelty at first, but we think it will become table stakes for managing a hotel.”

But setting the standard won’t be an easy task. Past efforts by other hotels to circumvent traditional check-ins with technology have yielded mixed results. Guests worried about security, and were reluctant to hand over their smartphone to their kids versus a standard room key.

It sounds like Starwood has done its homework though. The locks are battery operated, so they won’t fail in a power or network outage, and hotel staff will be automatically notified of low batteries. And it’s utilizing Bluetooth LE so devices won’t be strained by the extra usage.

Will smartphone-based room keys be the norm in the future? Only time will tell. But the Stamford, Connecticut-based company hopes to introduce the virtual key in all its luxury W Hotels and Aloft hotels, which today consists of about 120 properties, by the end of next year.