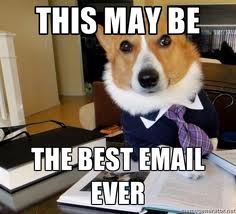 We receive about 3.5 tons of emails every given day here at iDB, and I have to admit that I don’t get past the second sentence of 95% of them before trashing them. Then there is an actual 4.9999% that I actually read and reply to or forward to one of our editors. Finally, there is this 0.0001% of emails that really stand out. They stand out because they are intriguing, well written, funny, or even bizarre, and in some cases, they’re all of the above.

This week, we received what I believe to be the best email that ever graced my inbox. It was so entertaining that instead of reading it while standing at my desk, I went downstairs, picked up my iPad mini and read the email from the comfort of my couch. I would lie if I said the idea of pouring myself a glass of Crown Royal didn’t cross my mind.

It was so entertaining to me that I wanted to share it with you.

Dear Sirs and Ladies of idownloadblog,

Greetings and well met. I’m Timothus of Dewey, an avid listener of your fine discussion panel “Let’s Talk iOS.” When a new episode happens to arise, I fancy a sit on my beloved armchair whilst partaking in a shot of Louis XIII de Rémy Martin. I do appreciate your fine retorts and banter with each other.

I must confess however, I was taken aback by your recent submission. I understand the very notion of the fingerprint scanner having issues, but I was aghast to learn people do not cleanse their sullied hands before handling their electronic implements! “What manner of peasantry is this!?!” I shouted to the very Heavens. The thought made my finest monocle fly from the socket of my eye onto the very earth, shattering it. I had to take a beat to soothe my nerves, for I was indeed giddy with anger. I pondered to myself that these commoners are indeed barbaric creatures, and as a gentleman, twas my job, nay, obligation to add some civility to these wretched individuals. I have decided to bear the burden and write an informative essay in regards to handling your iOS implements in a gentlemanly fashion. 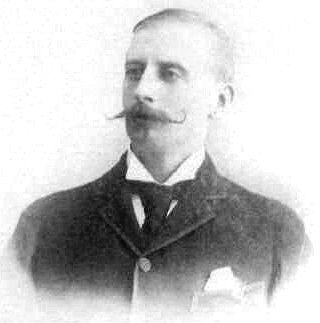 In this piece of compelling literature, I shall introduce two “very” different individuals. The first is a man of the world and indeed a true gentleman, The Honorable Hort Hollingsworth.

Mr. Hollingsworth is a man who has the finest iOS devices in the village. He is an individual who takes great pride in his devices, almost to the same degree he takes for his fanciful facial hair. When Mr. Hollingsworth partakes in his afternoon sandwich, he sees to it that he wears his finest velvet eating gloves (with pinkies up, indubitably.) In doing so, Mr. Hollingsworth does not risk the possibility of besmirching his fine iOS implements. If gloves are not present, he washes his hands at once, if not posthaste before grabbing any devices within his general vicinity. As you can clearly see, the ladies love Mr. Hollingsworth for his good etiquettes, especially when he uses a microfiber cloth to clean his delightful screen. They also adore his dreamy mustache.

The next individual I shall introduce, regrettably, is Henry Sadsworth. 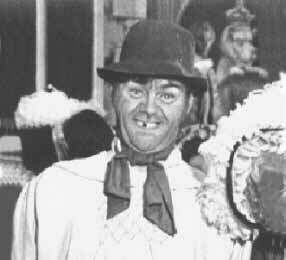 Mr. Sadsworth is an undesirable and an unagreeable man. He considers himself to be a “proud” owner of a Metro PCS ALCATEL ONE TOUCH Fierce running Jellybean 4.2, yet he takes no measures in caring for his phone (not that there’s much to care for in his defense.) Like a pack of hungry jackals, Mr. Sadsworth ferociously feasts on Taco Bell’s Doritos tacos, whilst guzzling down his beverage of Mountain Dew, soiling himself during the process.

Besides wiping his mouth with his sleeves, Mr. Sadsworth takes no measures in cleaning himself and proceeds to use his so-called phone. The grease and grime from Mr. Sadsworth’s Doritos stained hands sullies the phone screen, and it has been many fortnights since Mr. Sadsworth has even attempted to clean it. He has been spotted on rare occasions cleaning his screen with a technique he refers to as “spit shining.” If someone were to attempt to call Mr. Sadsworth, Mr. Sadsworth himself would be unable to unlock his phone to engage in jolly social interaction. This would be more of an issue if it weren’t for the fact no one calls Mr. Sadsworth…ever.

As you can see from these two individuals, there’s a wrong way to handle your beloved devices and a gentleman’s way. I implore you to inspire to be a Mr. Hollingsworth and not a yokel such as Mr. Sadsworth. If you notice yourself following in the very foot steps of Mr. Sadsworth, see to it you have Madame Siri change your name to “Mr. Sadsworth” in an attempt to shame yourself. This way you may still have time to repent your misdeeds. I truly hope this literature has been informative, and you may share it with your colleagues as you talk about the weather whilst sipping tea.

Timothus of Dewey, first of my name.

Sent from my iPad