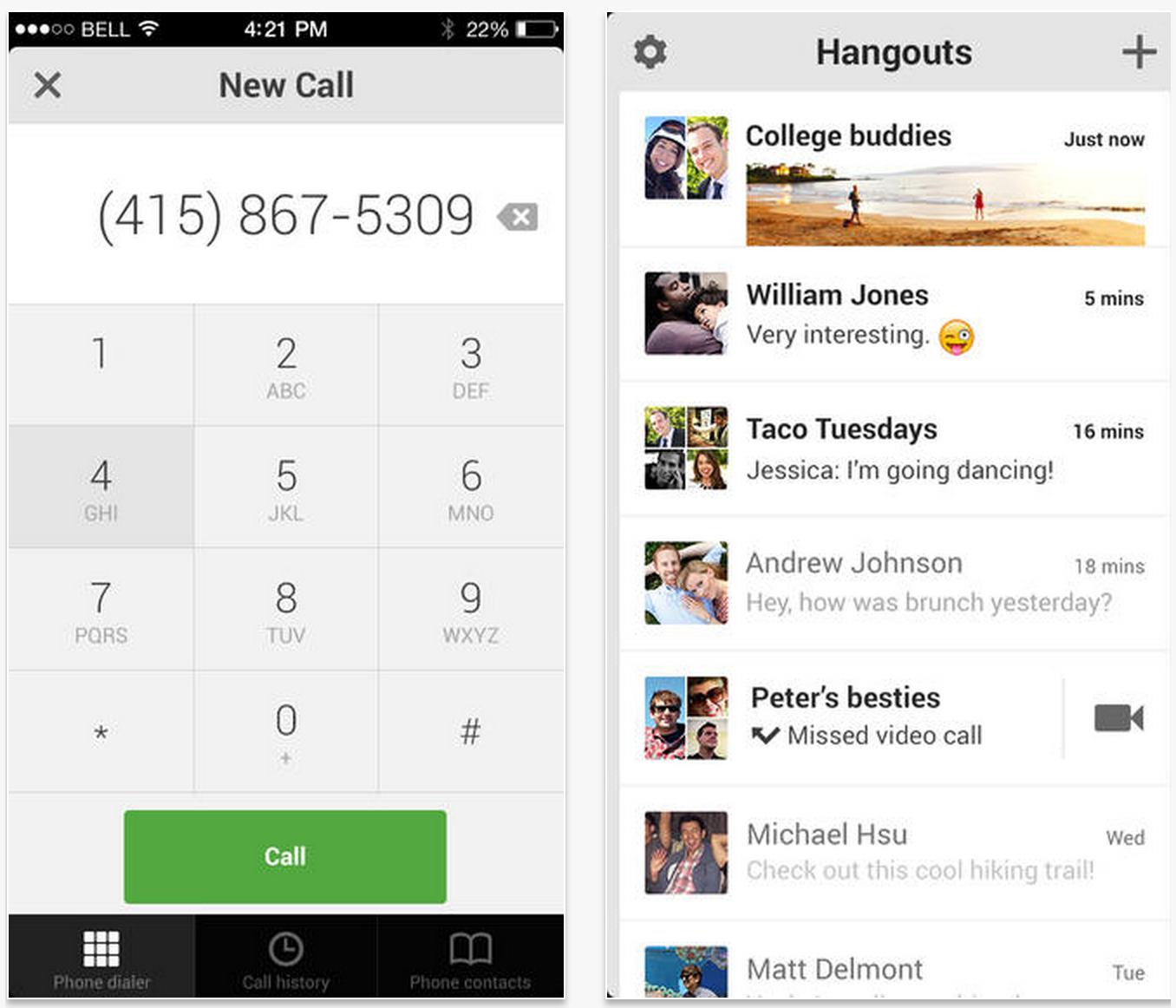 The good news is that the tech giant didn’t forget about iPhone and iPad users, and posted a new version of its iOS client as well. The bad news is that it’s not half the update that Android users got, with just a handful of changes…

– Share what device you’re on, whether you’re in a call, or your current mood.

While I imagine Apple’s strict App Store guidelines wouldn’t allow Google to add things like SMS and MMS support to the app (would it?), I’m surprised that it decided to forego animated GIFs and one-tap location sharing as well.

Google launched its Hangouts app in May of this year as a client for its cross-platform messaging service. The app integrates messaging from GTalk and other Google products, and supports the sharing of photos, videos and more.

If you’d like to check out Hangouts, or you’re a current user, you can grab the latest version of the app from the App Store for free.