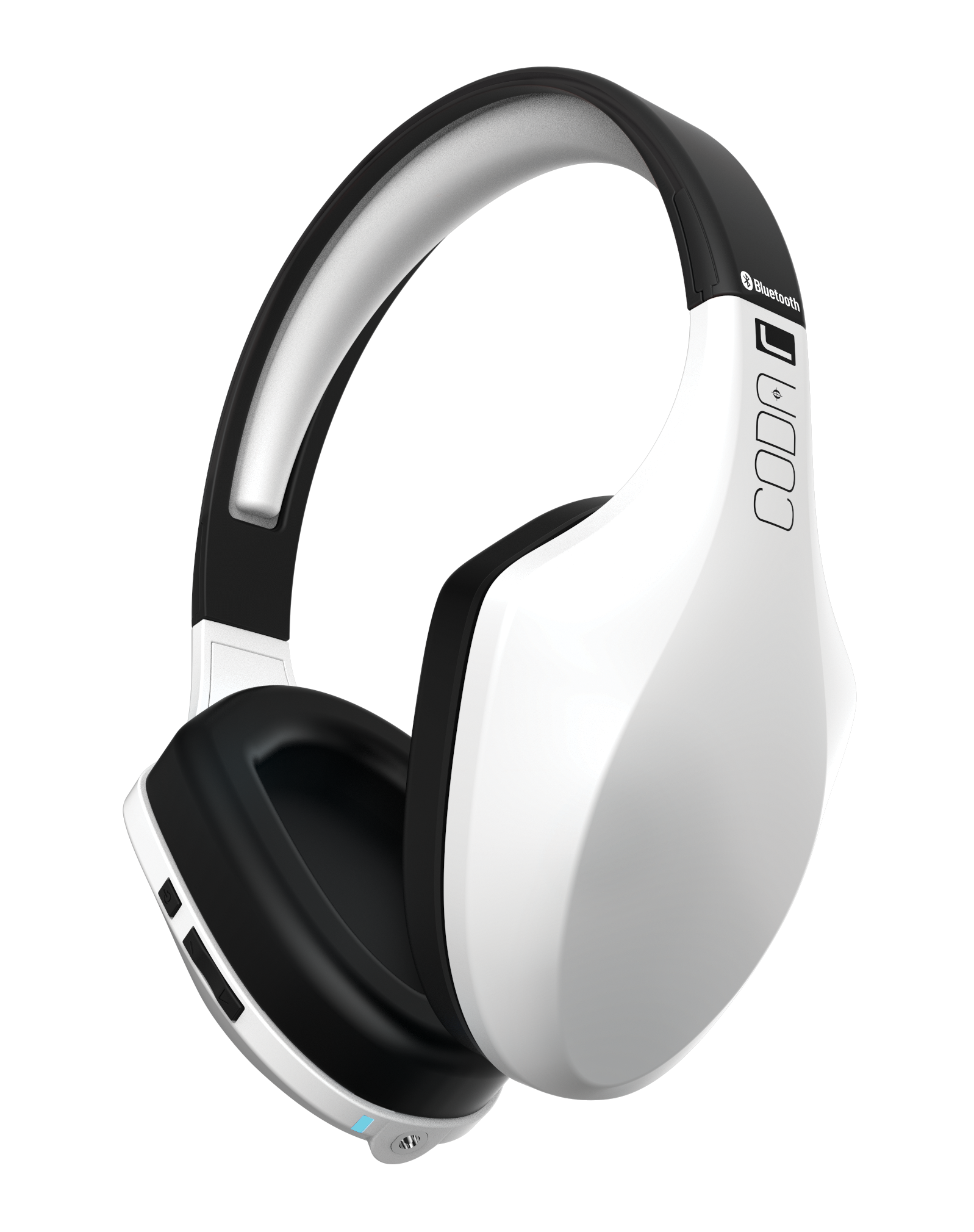 When using a headphone, cable is not an option, switching to Bluetooth is obviously the best idea. There are many areas where cordless headphones are optimum, including late nights playing your favorite iOS game next to your wife, who is sleeping and doesn’t know you broke the no-gadgets-in-the-bedroom agreement. Keeping yourself out of the dog house is made simple with a pair of headphones.

However, fumbling around with a cord is not always preferred. iFrogz, which was purchased by ZAGG, would agree that wireless is the way to take listening to the next level. The iFrogz Audio Coda Forte Bluetooth Headphones with Mic, which I will term “Coda” henceforth, is an answer to the corded headphones of the past. Having previously reviewed ZAGG headphones, I am not new to the ZAGG audio scene but the Bluetooth addition is new territory…

If you have never used a pair of Bluetooth headphones, I recommend giving them a try. Simply, freedom gained by cutting the cord is something that will make you smile like a girl at prom. I frequently set up iPad in my kitchen while cooking dinner before my wife arrives home. Normally, I use a Bluetooth speaker to help me hear overtop of my limited chef skills. However, while reviewing the Coda, I switched over to headphones. The Coda allowed me to be anywhere in the kitchen and even into the next room while hearing clearly.

The Coda has excellent transmission quality within the same room, but like all Bluetooth devices, started to dissipate without line of sight. They are obviously great when roaming around with your iOS device in your pocket, preventing the ball and chain cable found on other non-Bluetooth devices. Wireless is amazing, but a Bluetooth headset cuts the cord. What is specific to the Coda?

Pairing is the first step with these over the ear headphones. To mimic a real life scenario, I never use instruction manuals with any of my review products. As a man, I must obviously avoid any sense of direction dictated by an outside party. Only three buttons exist on the Coda, all located on the left muff. One is the action button, pairing, on/off, start/stop, answer/end calls and the like. The remaining two are paired for volume and skipping tracks. Press and hold, changes the volume up/down and one press skips the track, whether on a video or music.

The over ear design is comfortable, but does not really passively dismiss any ambient noise. Soft cushions do pad the ears, however, and a soft headband bumper keeps the headphones from rubbing your head. A soft satin like coating makes them a tactile interest, but there is no understood benefit to the finish.

The phones will keep you rocking for around 12 hours per charge and come with a USB to USB mini charging cable. Unfortunately, the box doesn’t include an AC adapter, which means you will be stuck charging from your computer or another USB AC adapter. If the battery is depleted, simply use the included 3.5mm headphone jack until a power source is located.

When it comes to the tech specs, the Coda unit is mid-tier with a 40mm neodymium driver unit, 32 Ohm impedance, sensitivity of 102dB +/-3dB at 1kHz and a frequency response from 20Hz to 20kHz. 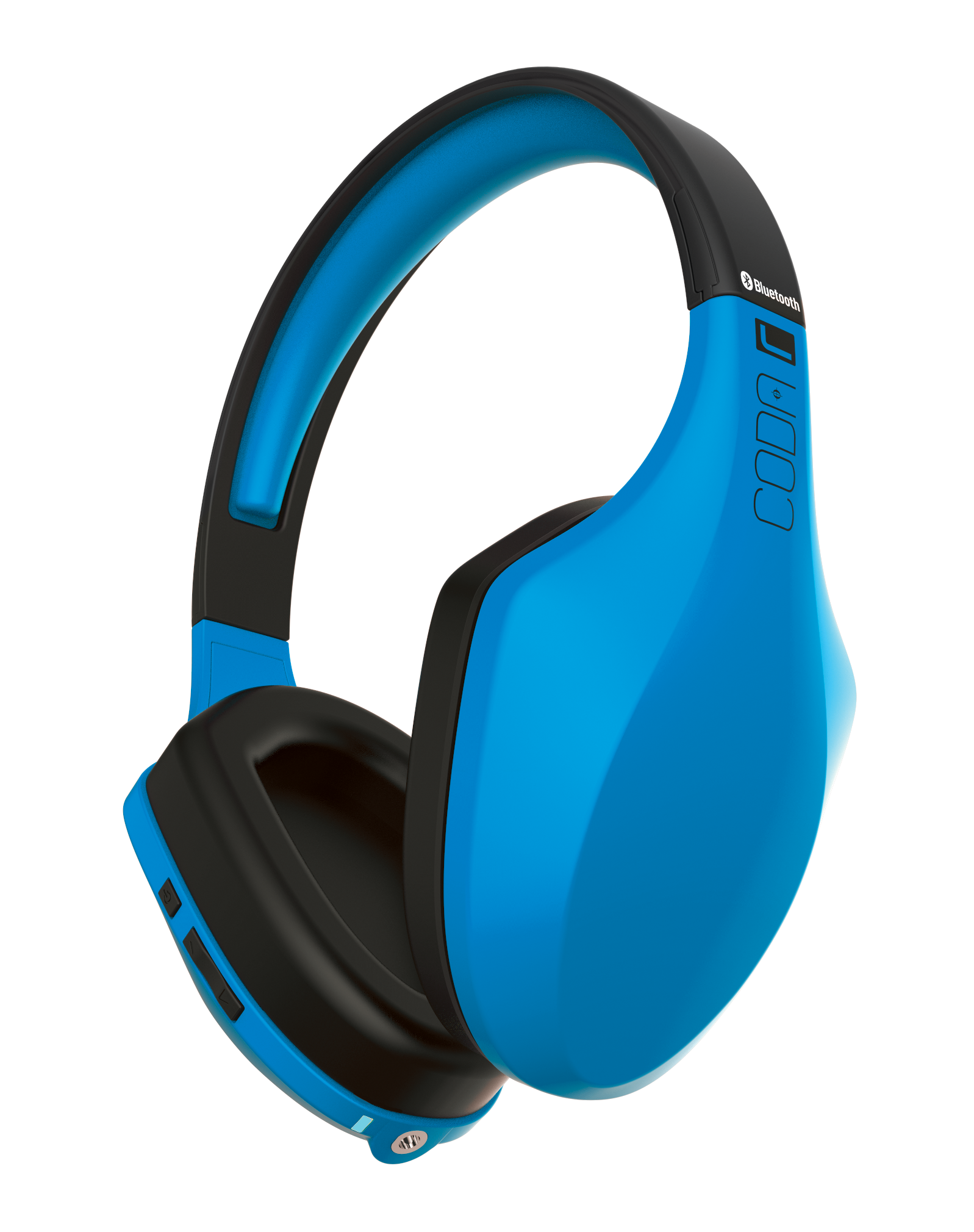 Even wearing the Coda for an extended period of time, I did not notice an uncomfortability, which is good news for muff earphones. The pairing, as mentioned, was quite simple and painless when setting up with my mini. Also, the one button action is fairly self-explanatory. It did take time getting used to the volume buttons.

The sound is very clear on all ends of the spectrum, assuming a good Bluetooth connection is established. With great sound and the ability to roam around cordless, the Coda offers a good combination. Aside from annoying button controls and lack of an AC adapter, the Coda is a reasonable purchase if you are in the market for over the ear headphones. They retail for $99.99, but Amazon currently has them listed for $84.66 bringing them in-line with competitors and options for black, white, blue, and pink.

Thanks to my friends at ZAGG for providing these headphones for review and check back frequently for more reviews on iDownloadBlog.