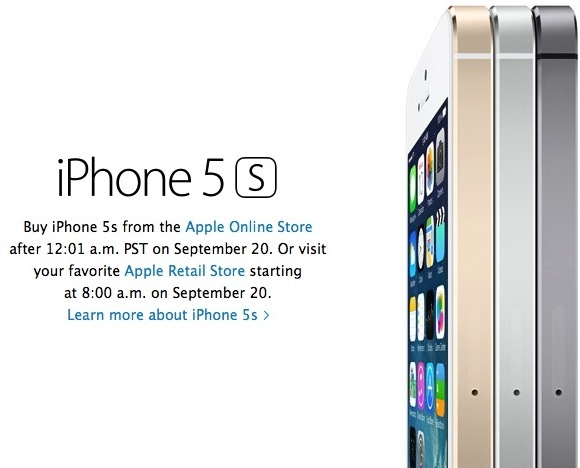 The iPhone 5c might already be available for pre-order, but for some reason, Apple will not let you pre-order the flagship iPhone 5s. We speculated why, but we’ll probably never know for sure the reasoning behind this decision.

Of course, if you’d rather get the line, your local Apple Store will open at 8am on that day. It’s highly likely that carrier stores will open at 8am too and will also let you order online at midnight, but this hasn’t been officially confirmed yet.

If you want your iPhone 5s on launch day, your best bet is to get up early and stand in line. I’d suggest avoiding standing in line at Apple Stores since they always attract more people than the carrier stores. That’s my “technique” anyway.

So what are you going to do? Online or in line?