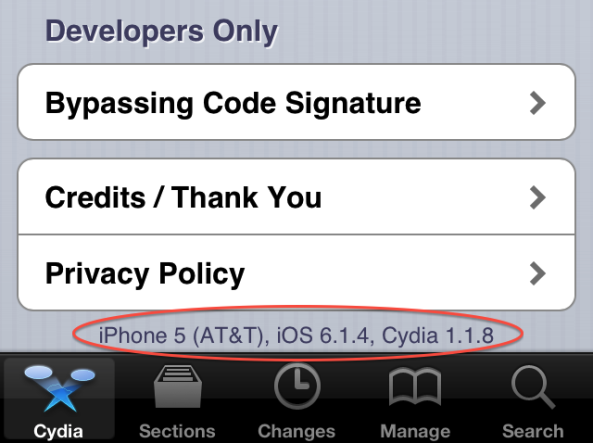 Good news for the jailbreak community this afternoon, as developer winocm has announced that he has successfully jailbroken iOS 6.1.4 on his iPhone 5. This is the first time, that I know of, that the firmware has been publicly hacked.

Winocm has been very busy lately, announcing and demonstrating his jailbreak for iOS 6.1.3—which we went hands on with last week—and now this. His progress is good news for folks who lost their jailbreak upgrading past iOS 6.1.2…

And here’s the proof: 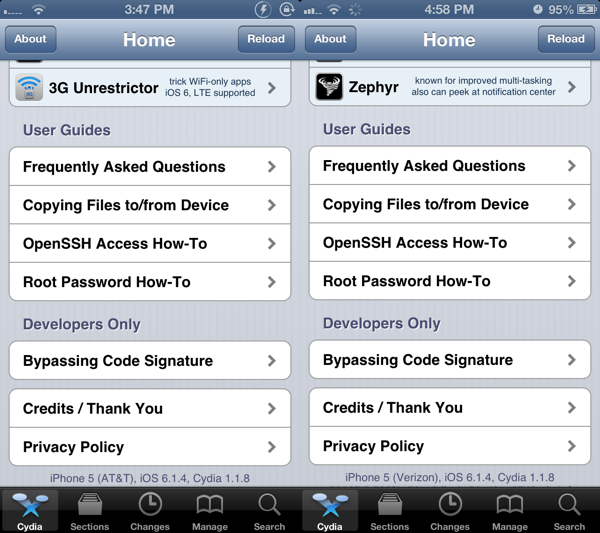 What you see above is Cydia running on both GSM (AT&T) and CDMA (Verizon) versions of the iPhone 5, running on the latest public version of iOS. We’re not sure about other device compatibility, but we know it at least works with the 4S.

There’s a few things worth noting here. One, it’s not much of a surprise that winocm was able to get an iOS 6.1.4 JB working without much effort—the firmware is very similar to 6.1.3. And two, don’t worry about this ruining any exploits for iOS 7. The one(s) used in this jailbreak aren’t compatible with the upcoming update.