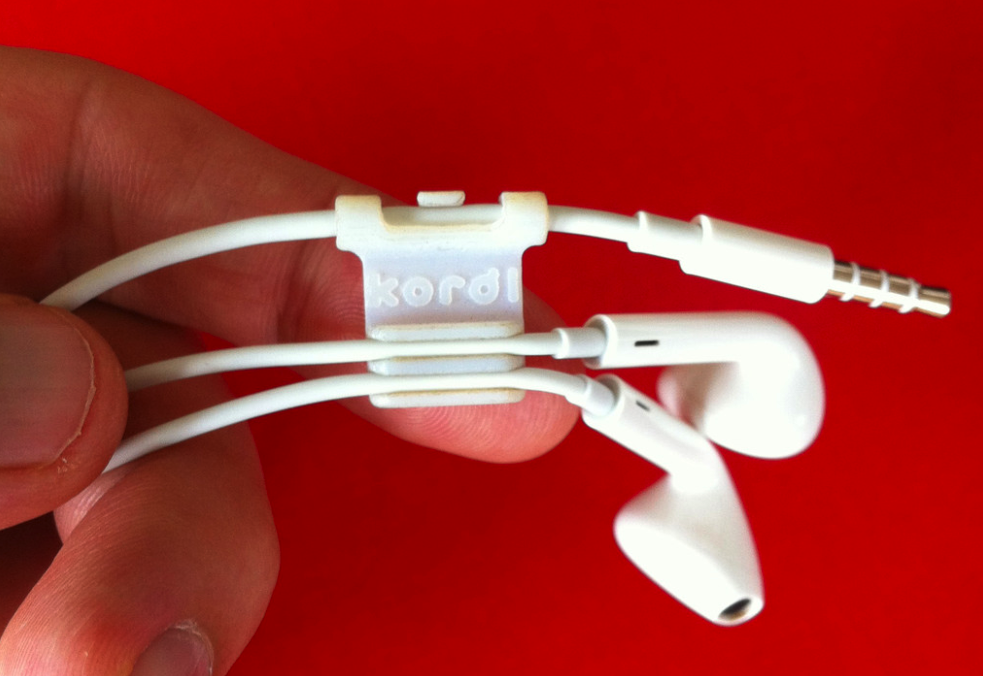 In a post earlier this year, I highlighted the original Kordl, which promised to tangle-proof earbuds. After my initial review, I found, quite surprisingly, the little thumbnail size of plastic works very well. One of the largest setbacks for the original Kordl was the attachment mechanism and how the earbud wires were held.

To enhance an already impressive design, J2 Product Development set out to make a better version and reinvent the proverbial wheel. Back in action and fresh off a 250% funding spree on Kickstarter, Kordl 2 is the new way to keep tangles to a minimum. Take a look below for a snapshot of the enhancements and a brief on the simple design…

Before receiving the first Kordl prototype, I was very much a disbeliever, even though the Kordl concept is a solid one: make your earbuds a loop instead of line. After all, because a rubber band is a circle, it never gets tangled. J2PD took the same concept and applied it to a little trapper keeper for your earbuds.

Fixing Kordl to the wire is made simple with an attachment channel. As depicted above, the singular tension side is made for the 3.5mm jack end of the cable. A triple armed enclosure prevents the cable from twisting free, which is an upgrade from the original. The adjacent enclose is a channel set double barrel section made for the earbuds. Kordl only used another singular barrel system, but Kordl 2 offers a tab for each individual earbud cable. I find this is a much easier system than trying to cram both cables into the same channel.

Using with a pair of earbuds, leave the first side attached to the bottom. After listening, take the earbuds and place them in the appropriate channels. Feel free to ball them up and shove them in a pocket. When retrieved, simply hold Kordl 2 and the mess simply falls away. I give it a solid thumbs up and have been using my original Kordl since March. My one caution is the size of the tension channels work most successfully with OEM Apple EarPods/buds. Other third-party manufactures will not work as easily, unless the cord diameter is similar in girth.

The prototypes I have are low quality 3D printed mock ups and are very fragile, but J2PD ensures the final models will not be manufactured similarly. The Kickstarter project was successfully funded with $18,943 of a $7,500 goal, which is crazy for a little piece of plastic. Ordering a Kordl 2 is now possible through the company’s website for $4.99. Although the Kickstarter project is complete, placing an order is still considered a pre-order until the units are produced.

I just received word from the production team! Kordl 2 will now be offered in colors matching the iPhone 5c! Check them out below. 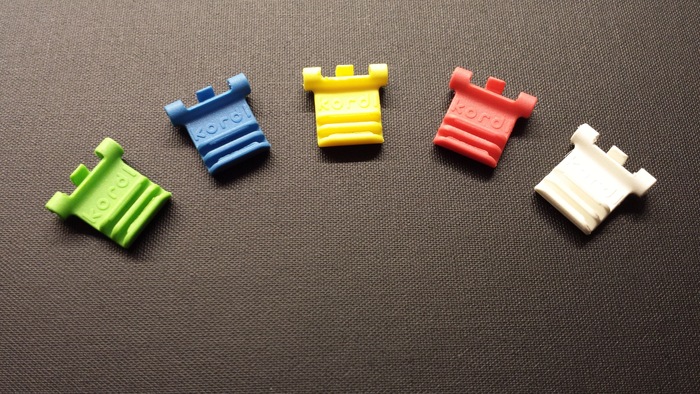 Has anyone else found a solution for the tangled earbud problem?