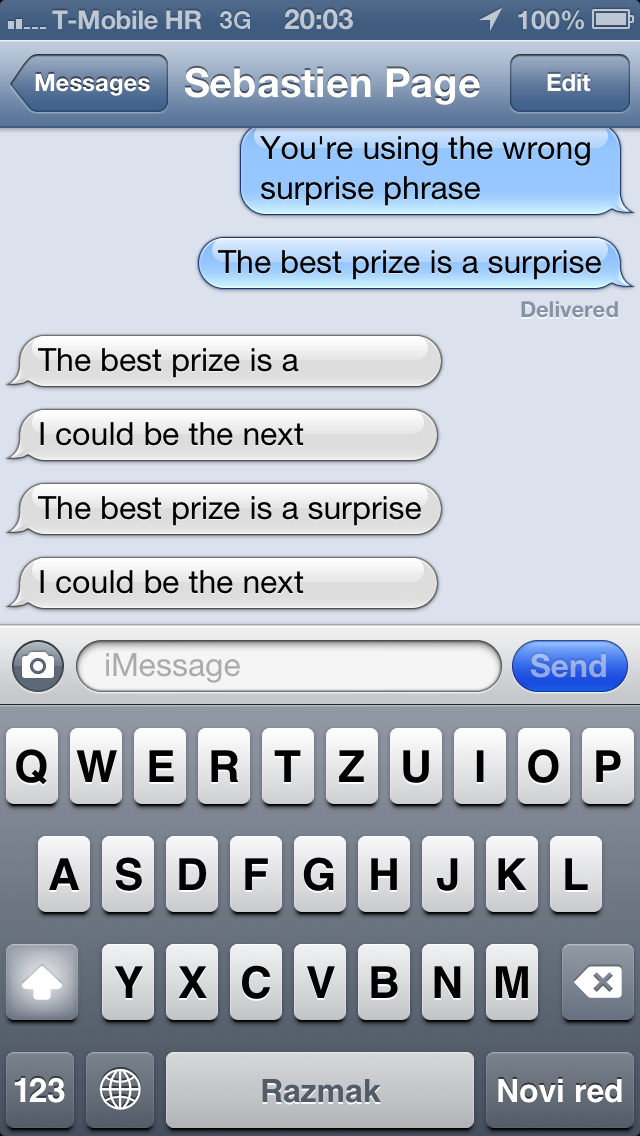 As if the now regular outages weren’t enough, an old and utterly bizarre bug continues to plague Apple’s iMessage service, one that deletes the last word of certain texts and iMessages.

The issue actually raised its ugly head last December, but blew up recently as many disgruntled users took to Twitter to complain about the hiccup. The problem appears to manifest itself with certain phrases and certain words only.

Exhibit A: sending someone “I could be the next Obama” followed by a trailing space could result in “Obama” being hidden from the received message. Instead of “Obama”, the recipient gets a big blank space where “Obama” should be. Likewise, sending “The best prize is a surprise” could similarly result in “surprise” being dropped on the recipient’s side…

The problem is documented on The Verge forums and while the publication claims that the final word vanishes on both ends, my experience is somewhat different.

As you can see in the top right screenshots representing an exchange between Sebastien and myself, sometimes the message containing the phrase which triggers the phenomenon would go through as intended.

In most cases, however, the final word indeed gets dropped.

Everything looks fine until you hit the “send” button, after which – on both screens – the final word vanishes and is replaced with blank space.

Oddly, copying and pasting the message (blank text and all) reveals the original composition. We’ve been able to confirm the strange issue firsthand on various iPhones.

Unlike The Verge, the final word did not disappear on my end even though iMessage hid it from communication on Sebastien’s end.

That the message doesn’t get truncated in Notification Center suggest a problem with Apple’ stock Messages application and not with the iMessage backend or the iOS operation system itself.

Specifically, the Messages app seems to exhibit some kind of a rendering issue because copying and pasting the offending message does display the original content.

This odd bug was first described on Apple’s support forums in December 2012, with users reporting about iMessages sent from Mac OS X Mountain Lion to an iPhone occasionally appearing with words cut off from the end. 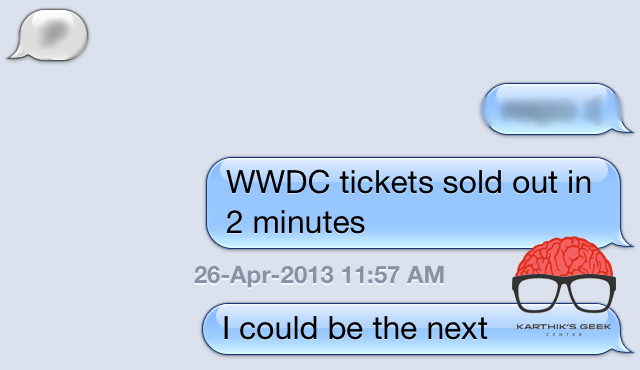 Ostensibly, it’s an iPhone-specific problem because the iPad doesn’t appear to be affected, per another thread on Apple’s support forums.

iDB’s testing suggests not everyone is necessarily affected by the issue: a bunch of people I tested the bug with did receive the aforementioned phrases on their iPhones in their entirety.

Your mileage might vary so please report about your experience down in the comments.