“Give your app its own private Dropbox client and leave the syncing to us”, Dropbox proclaims.

By way of plugging in the API, apps can easily gain rich features such as file sharing and seamless real-time syncing akin to the Documents in the Cloud feature found in some iCloud-enabled apps. Without the Sync API, Dropbox apps can only support manual downloads and uploads and devs must do all the heavy lifting themselves…

If you ask me, this exciting development marks an important step toward Dropbox becoming the de facto cross-platform file system for the 21st century.

iOS and Android apps that incorporate the new Sync API will be able to read and write to Dropbox “almost as if it were a local filesystem”, the company explains on its Developer web site.

Previously, programmers had to do all of the heavy lifting themselves, but no more.

The Sync API handles all the caching, retrying and file change notifications, working behind the scenes to immediately push all local writes to your Dropbox account (and from there, to all your Dropbox devices).

TechCrunch has more on that:

Using the previous API, as a developer you’d have to download the file, re-try it if it fails, store it somewhere and set up that location, and then also handle re-uploads. Plus, if a user came offline, you’d also have to figure out a way to track the changes and re-upload them when a mobile network connection is available once again.

Users can even make changes to their Dropbox files while offline, with the API automatically uploading changes to the cloud when the device goes back online.

Even if you are offline, the write will succeed and will be automatically synced to the server once your app comes back online.

Of course, your favorite Dropbox-enabled app will have to be updated with these new features in mind. Because it saves developers from so much tedious manual work, the Sync API should rapidly take off.

Steve Jobs reportedly dismissed Dropbox as “a feature” during the rumored acquisition talks which, however, led nowhere.

I strongly disagree: Dropbox is way more powerful to be dismissed as a simple feature. 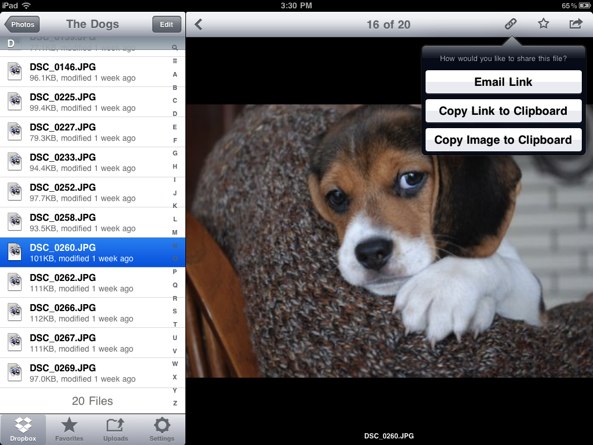 It’s become a platform of its own, one supported across a wide range of mobile and desktops apps and spanning various operating systems.

As much as I love iCloud, I use it only for data sync and backup.

All of my documents, media and other user-created items reside on my Dropbox.

As my Dropbox syncs with a Mac, its contents gets regularly backed up to my Time Capsule wireless backup appliance. And s part of my backup strategy, there’s also an off-site backup of my Time Capsule at an undisclosed location.

I trust the cloud, but one never knows when a meteorite might smash into one’s home.