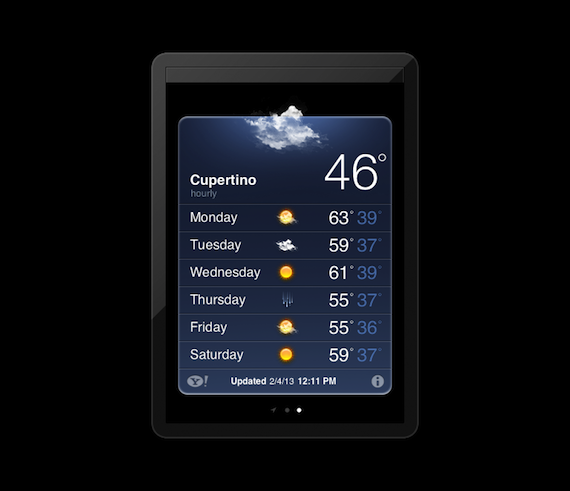 While the new evasi0n jailbreak has been causing problems with the stock Weather app for some iPhone users, it’s had quite the opposite effect for those with iPads.

As many of you have probably discovered by now, the utility actually adds the stock Weather app to the tablet’s home screen…

Ignore that extra app you see (which is it?) after #evasi0n on iPads.It was always there but is normally hidden by a plist entry.

Yes, as MuscleNerd points out, the Weather app has actually always been there—at least since iOS 6 debuted. The new firmware brought iPad support for Siri, Apple’s sassy digital assistant, and one of her many functions, as you know, is the ability to look up local weather conditions.

The app is completely functional, but it appears to have been built using an older iPhone resolution. That’s not really a big deal, since it’s supposed to be hidden. But it does mean that it’s not going to replace your favorite iPad weather app anytime soon. It looks bad—even when viewed at 2X.

Nevertheless, it’s kind of a cool little easter egg. And who knows, it might come in handy in a pinch.

Update: pod2g gives us a quick update via Twitter

We are currently investigating the weather app problem. A fix will popup on cydia when the problem is understood.