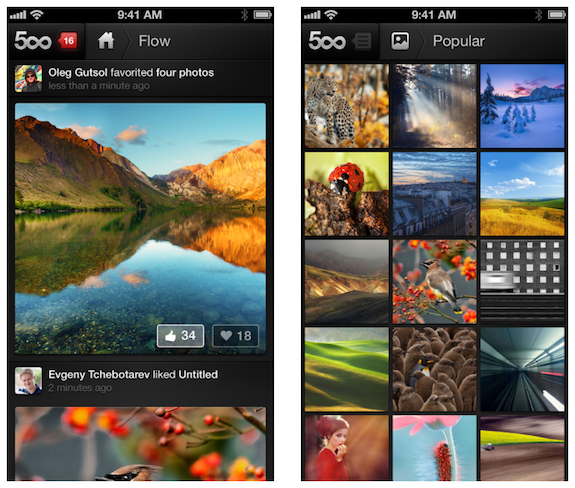 Good news this morning for all of you 500px users. After getting pulled by Apple last week due to nude photo controversy, the photography service’s iOS client has made its way back into the App Store.

The app returns today with multiple bug fixes, and a new ‘Report This Photo’ feature that allows users to report a photo they believe to be inappropriate. We have the full change log after the fold…

The app kept its ‘Nude’ photo category. But 500px changed around some search term filters to make the photos harder to find. The client also now carries an ‘at least 17 years or older’ App Store rating.

The news comes just a few days after Twitter’s new video-sharing app Vine saw a similar problem, where a pornographic clip made it into its ‘Editor’s Pick’ section. But interestingly enough, Apple didn’t pull it.

Folks were looking for Apple to be consistent here, and it looks a bit sketchy that it wasn’t. Maybe the preferential treatment had something to do with its close relationship with Twitter, who purchased Vine last fall.

Nevertheless, the real news here is that 500px is back in the App Store. And if you’re interested in checking it out, you can download it by clicking here. Some features are member-only, but browsing is free.