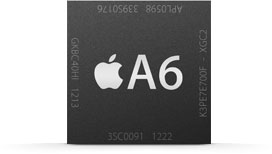 Apple is quickly cutting its ties to Samsung, moving from a bizarre frenemy relationship to a “one-dimensional” acquaintance. The iPhone 5’s A6 chip marked the first time the Cupertino, Calif. company did all the designing and the South Korean rival simply manufactured the silicon.

The relationship between the two companies is “about to become one-dimensional,” writes The Korea Time, citing a Samsung source. For some time, Apple and Samsung have been technology’s odd couple, one day suing each other and the next cooperating to design and build chips for the iPhone…

Throwing even more cold water on the Apple-Samsung relationship is re-ignition of a rumor that Apple will soon turn to Taiwan Semiconductor Manufacturing Co. (TSMC) to build its chips. TSMC could eliminate the last tie between the two rivals and end the gravy train for Samsung, which has enjoyed fat payments by Apple to make the iPhone chip.

What do you think? Is this breakup best for the kids — I mean, consumers? Both companies have well-feathered bank accounts and will have no trouble going their separate ways. Will consumers even notice that Samsung is no longer inside their iPhone?