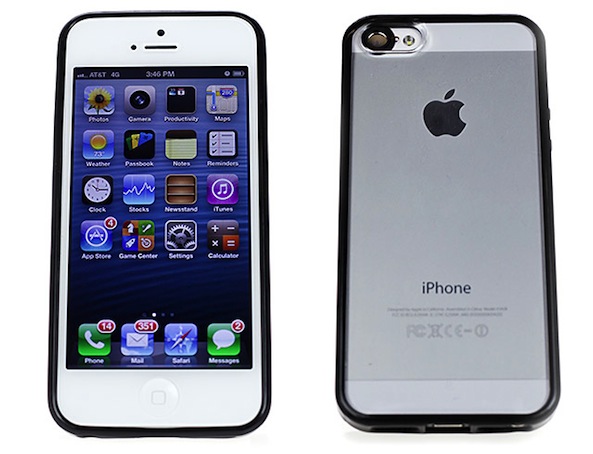 A few weeks ago, early iPhone 5 adopters started complaining of a purple haze in their photos taken with the handset. Apple responded to the issue, saying that users could remedy this by repositioning the phone.

But if that isn’t good enough for you, you might be interested to hear that Fotodiox, an Illinois-based case-maker, has created an iPhone 5 case that it claims will eliminate the purple flare. Meet the camHoodie…

CNET points to the new cover, which places a piece of rubber over the iPhone’s iSight lens to help keep stray light from coming in. It’s this extra light that causes the purple flare to show up in still photos and videos.

Of course, as several folks have pointed out, most cameras and lenses are susceptible to this problem. Consumer Reports says that it’s experienced comparable issues in Android handsets like the Galaxy S III.

For what it’s worth, the camHoodie certainly looks like it would make a difference in your iPhone photos. But using it would mean you’d have to put a case on the handset, which would cover up its gorgeous design.

To each their own, though. And if the purple lens flare problem is really bugging you, this looks like a decent solution. If you’re interested, you can pre-order the camHoodie from Fotodiox’s website for $24.95.