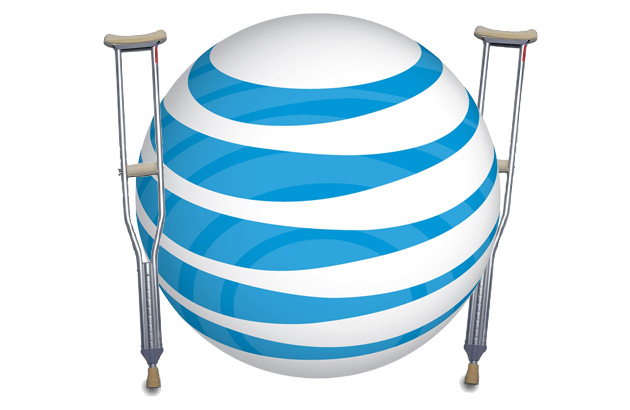 I just got a bit of infuriating news from AT&T about iPhone 5 pre-orders.

Like many people, I stayed up late last Thursday night in order to pre-order my iPhone 5. Because Apple’s website wasn’t loading for me, I decided to go to AT&T’s website instead to place my order. The order went through within seconds, and I received a confirmation email telling me my iPhone would be delivered on September 21st. Great, I thought at the time.

Fastforward to today and my order still show as “processing,” which of course freaks me out. In the meanwhile, my wife’s iPhone which I pre-ordered Friday morning around 10am shows as “shipped.” What the heck?

According to the woman I spoke to, some orders placed on AT&T’s website before 9am on Friday won’t ship until September 21st. That means that those orders will ship on or after September 21st.

Furious, and somewhat rude, I asked why the hell would I pre-order my phone if it’s not going to be there on time. Most importantly, how can they ship orders that were placed after 9am before those placed after midnight that day. It makes no sense at all whatsoever. She had no answer for me, but what she’d been told, which is, if you order between midnight and 9am, then your iPhone won’t be there on time.

You have no idea how frustrated and mad I am right now at AT&T.

I guess all I can do at this point is get in line at my local AT&T Store on Friday morning. Even then, I can already foresee the problems I will have:

AT&T rep: Sir, you already pre-ordered your iPhone and it’s on its way, and unfortunately we can’t cancel your order right now.

Me: Well, then let me purchase an off-contract iPhone.

AT&T rep: Sorry sir, but we don’t have any in stock right now.

Me: what do you suggest I do?

AT&T rep: I’m really sorry sir, but there is nothing you can do but blame yourself for keeping doing business with us.

Bad news indeed. Who’s on the same boat and what do you plan to do comes Friday?

UPDATE: Those customer service rep usually don’t know much about anything. Calling Customer Service several times to talk to different reps sometimes gets you different answers. For example, Jason tells me he was told by AT&T that his order, placed like mine early Friday, will ship on the 20th. So really, who knows?

UPDATE 2: I called and talked to another Customer Service rep who told me the exact same thing. Basically, if your order still says “processing”, they have absolutely no idea when it will be shipped.

UPDATE 3: Miraculously, after writing this post and sending the link to AT&T customer service reps on Twitter, my order is now showing as “shipped.” I’m not sure if it’s a coincidence or the fact that AT&T tried to take care of me.