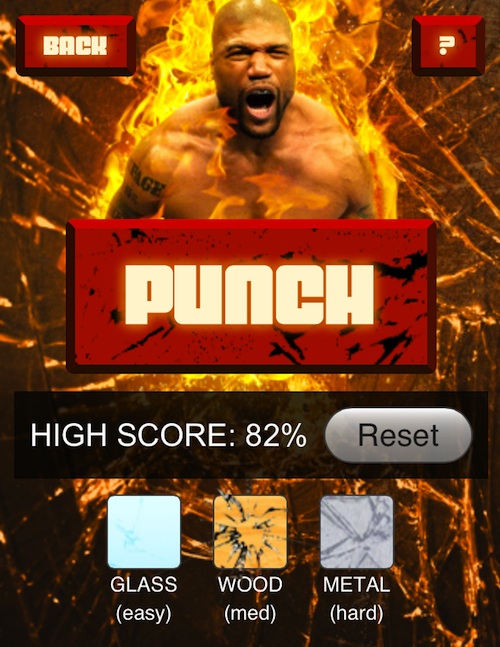 Think you can throw punches like UFC’s Quinton “Rampage” Jackson? Now you can prove it with Rampage Punch, a motion-based game from MEDL Mobile.

Reminiscent of the popular pub boxing game, Rampage Punch uses the iPhone’s accelerometer and other features to measure how hard and fast you punch.

But does it really work? 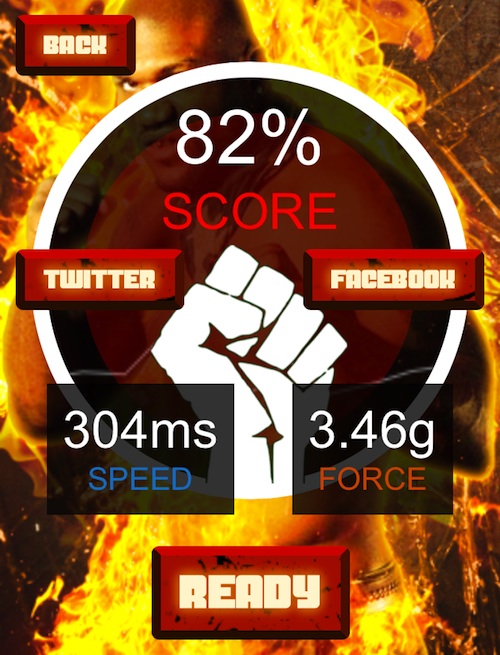 As you might have guessed, the game is based on one thing: punching. Players can choose to punch through air, or one of three materials: glass, wood, or metal. Scores are based on punch speed and force, and Rampage Jackson provides some “interesting” (aka cheesy) commentary in line with the player’s performance.

Other than that, there’s not much to the app. There’s no in-depth gameplay here — it’s more of just a fun way to see who can punch harder, you or your friends. In fact, you can even share your scores with them on Facebook and Twitter to see who is top dog.

Rampage Punch comes in two flavors, a free version and a $.99 paid one. The only difference between the two is that the paid one doesn’t have any advertisements, which is nice. If you want to check them out, you can find them both in the App Store.

And for all of you UFC fans out there, MEDL Mobile has given us the opportunity to do one of the coolest giveaways we’ve ever done. 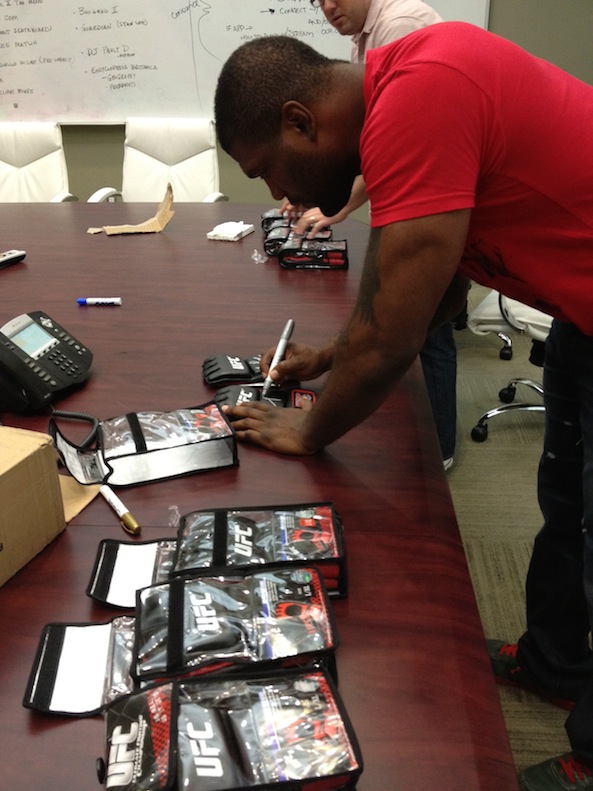 We have one pair of gloves signed by Rampage Jackson himself to giveaway to one lucky UFC fan out there. To enter to win, simply do the following:

A winner will be selected on Tuesday and contacted via Twitter DM.

The contest is opened to everyone, everywhere. Good luck!