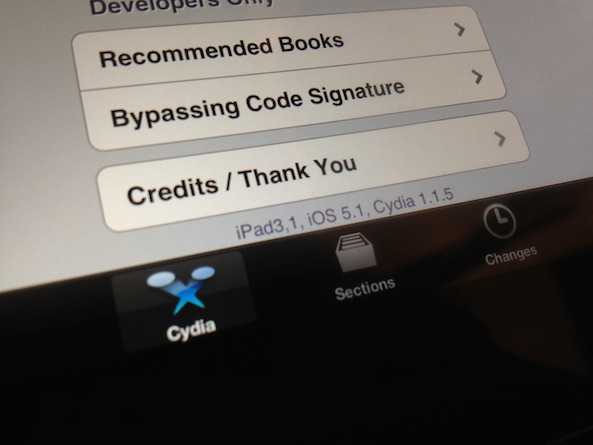 Pod2g has just put up quite the interesting poll on his personal blog. The infamous hacker, who is responsible for a majority of the recent exploits found in iOS, is asking folks to vote on the following question: “Shall we hold off the jailbreak for iOS 6?”

The question comes just a few days after we heard that hackers were finally making some progress on the iOS 5.1 jailbreak. Of course, if it’s released before iOS 6 comes out, the exploits will almost certainly be patched up in the new software…

This would mean that pod2g, and members of the Chronic Dev and Dev Teams helping with the jailbreak, would essentially have to start all over again when iOS 6 is released. And if Apple debuts the software at WWDC, that’s just a little over a month away.

So, should hackers continue work on the iOS 5.1 jailbreak and release it as soon as it’s done? Or, since 5.1 isn’t much of an upgrade from 5.0.1, should they wait for iOS 6? Well over 45,000 voters have turned out to answer the question. And here are the results.

56% of folks think that pod2g and team should release the iOS 5.1 jailbreak as soon as possible. 40% believe that the hackers should hold off until iOS 6 is released. And, well, 2% picked the irrelative “Where’s my bottle of beer?” answer.

The poll is still up, and will be for the next 6 days. And its results will hold major weight in the decision of when to release the next jailbreak. I guess since the decision affects a whole community of people, it’s only right that you gather everyone’s input.

Which answer do you choose? And why?