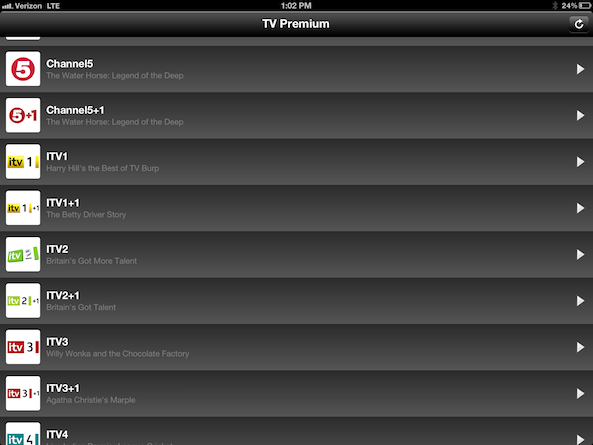 A new app has appeared on the App Store that allows users to watch premium UK television for a $0.99 one time fee.

We’ve tested it and can confirm it works, though we’re not exactly sure how the developers of the app were able to pull off such a thing at such a low cost.

Because of this, it’s highly likely that the app will be pulled by Apple due to its shady nature…

We were able to test it, and can confirm that although a bit buggy, and not always reliable, it does indeed work. 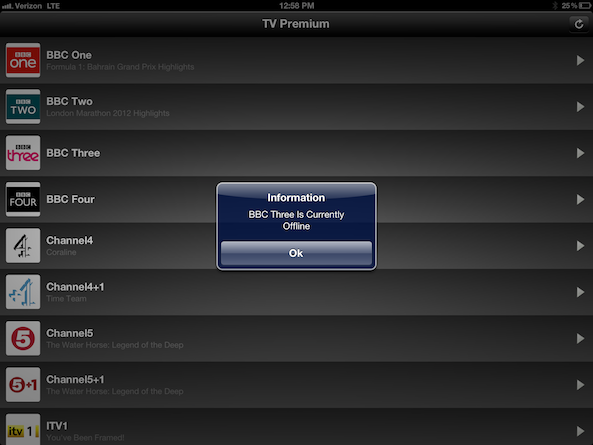 There are nearly 6 dozen channels included with the app, but your mileage may vary on an individual channel by channel basis.

For those interested in trying it out, you can download TV English Premium here for what is sure to be a limited time.

Shout out to Craig for the link.

UPDATE: Reza from GeeksRiot just sent us the following message: I read some tweets about the developer removing the HD channels, and replacing them with adverts! I confirmed it on my app myself. The SD channels seem to all work fine. I noticed earlier on the day that the HD channels has some heavy lag, so it may have been for performance reasons.