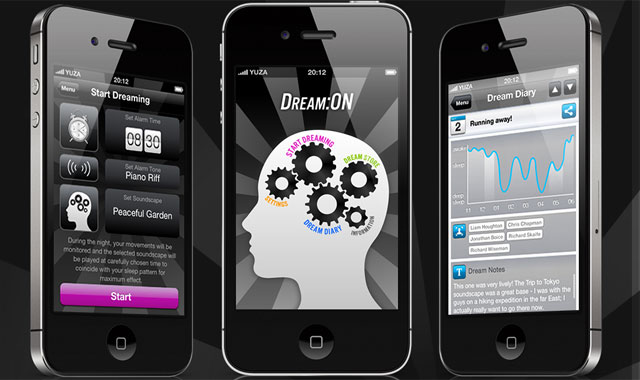 Few apps in the App Store can claim to be part of an experiment, but Dream:On can.

Created by self proclaimed “psychologist, author and magician,” Professor Richard Wiseman, the app aims to influence a user’s dreams once they fall asleep, all through the power of sound.

Whether it works or not, well, we’ll just have to see…

The theory is that the iPhone, placed on a bed beside someone before they fall asleep, will sense when they stop moving. Apparently that means that a person is about to enter a dream-like state, at which point they may be susceptible to manipulation.

According to the Professor, the app will then begin playing music which, it is hoped, will induce a particular type of dream. Different music or sounds will apparently cause a different type of dream. At least, that is what we are told.

The app itself is free in order to try and encourage as many people as possible to give it a try, with Wiseman hoping that at least 10,000 people will join his experiment.

If you decide to give Dream:On a go, then be sure to report back and let us know how your dreams turn out. We’ll be waiting to hear whether you’ve been dreaming of leafy woods, or peaceful gardens.

Or maybe you’ll just dream of listening to strange music coming from your iPhone.