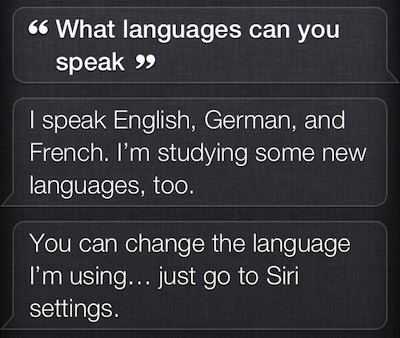 Remember last week when Siri said she could speak Japanese although she didn’t support the language yet? This was a sure sign of things to come, namely support for Japanese language in the upcoming iOS 5.1 firmware.

Well, it seems that Apple made some adjustments on the servers that power Siri’s responses. If you ask her today what languages she can speak, she will tell you she can only speak German, French, and English. No Japanese anymore…

Noticeably, if you ask her the same question several times, she will tell you that she is studying some new languages too. Of course, all this is just a detail but it’s interesting to see Apple tweaked Siri to adjust her response about the languages she speaks.

For your information, this is the answer Siri would give you a few days ago: 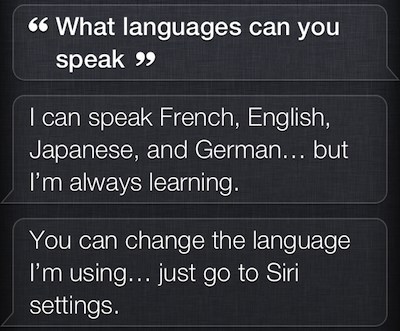