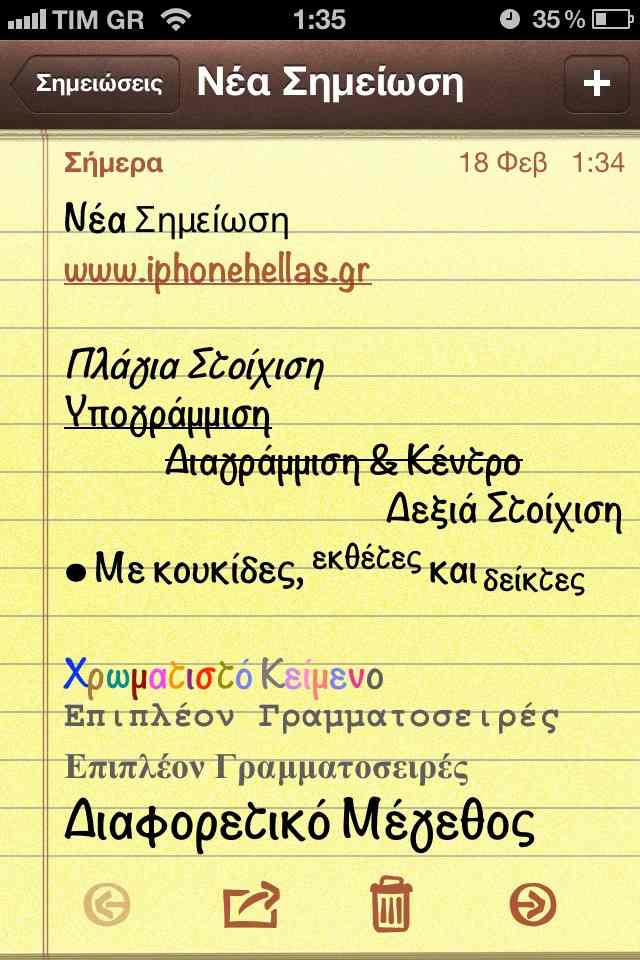 iOS 5.1 is rumored to launch around the same time as the iPad 3, with an abundance of new features. The new features include Japanese language support for Siri, a new camera slide button on the home screen, and the possibility of Siri support on the iPad 3. iOS 5.1 has been in beta for quite awhile, but hasn’t hinted at any of these features.

iPhone Hellas has reportedly obtained a screenshot of a new robust note taking app that will be launched on iOS 5.1.

The iPhone’s note taking app has remained mostly the same since the launch of the original iPhone in 2007. According to the report, the new note taking app will now feature bulleted lists, links, underlined text, the ability to change the font color, and more.

There are still much more robust note taking apps on the App Store. Many have the ability to recognize hand writing and arguably a prettier user interface.

What do you think of the Notes app?